G3, its electric SUV is set to be launched later this year in China and several supercharging stations are in the pipeline. 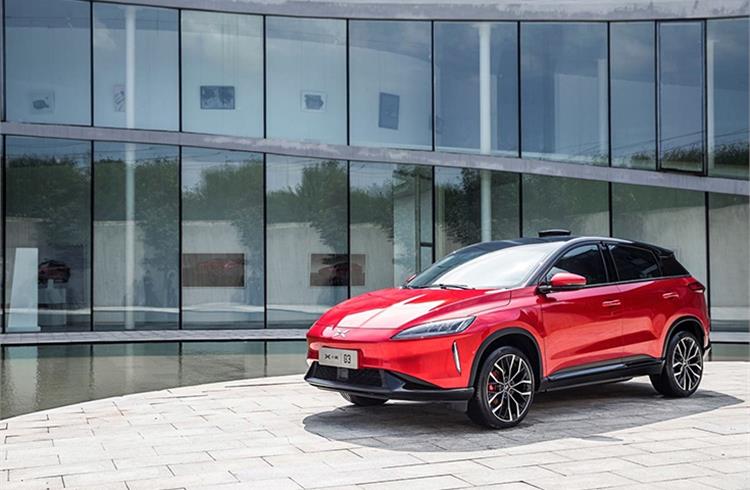 China-based Xpeng Motors has announced the official signing of its Series B+ round of RMB 4 billion (Rs 3,998 crore) with Primavera capital group, Morningside Venture Capital, and its chairman and CEO, He Xiaopeng, who is also jointly leading the investment. This is claimed to be one of the largest single-round of financing in China's new energy vehicle (NEV) industry in 2018. Other investors such as Hillhouse Capital, K11 Investment, and Eastern Bell Venture Capital have also reportedly joined for the first time to support Xpeng Motors.

After the completion of this Series B+ round, Xpeng Motors aims to raise RMB 6.2 billion (Rs 6,199 crore) in total for the entire Series B round, with total financing to date exceeding RMB 10 billion (Rs 9,998 crore). At present, the valuation of Xpeng Motors is close to RMB 25 billion (Rs 24,994 crore).

From Angel to Series B+ round, He Xiaopeng is also the co-founder of the mobile Internet company UCWeb and former president of the Alibaba mobile business group and is said to be the largest individual investor. He Xiaopeng said, "Autonomous driving and intelligent connectivity are the core competence of Xpeng Motors. Xpeng Motors' model G3 will be released within this year and delivery will start from the end of this year. We are confident that we will deliver high-quality intelligent cars with high value-for-money to our customers."

Fred Hu, chairman of Primavera capital group and a world-renowned economist said, "Xpeng Motors is an important investment for Primavera capital group in the new energy vehicle sector. The technological innovation of the Internet and AI is reshaping the ecology of the automobile industry and will disrupt people's driving and travelling experiences. We are very much looking forward to partnering with Xpeng Motors, and we believe that Xpeng Motors has the potential to become the most prominent player in the electric vehicle industry."

Richard Liu, founding partner of Morningside Capital said, "We share He Xiaopeng's insights into the products and customers of the intelligent vehicle era and believe that Xpeng Motors is born with the new intelligent car manufacturing DNA. The rapid development of the company since its inception and its customer-oriented, prudent culture have strengthened our confidence. From Series A+ and B rounds to the current Series B+ round, we have continuously increased our investments into Xpeng Motors."

On January 29 this year, Xpeng Motors had its Series B financing round of RMB 2.2 billion (Rs 2,200 crore) in Hong Kong; in December 2017, the company announced its Series A0, A1,and A2 financing round; in May 2017, Xpeng Motors received an investment of RMB 2.2 billion led by Ucar Capital, a fund established by Ucar Inc. In addition, Xpeng Motors' individual investors include Fu Sheng, Cheetah Mobile Chairman and CEO; Yao Jinbo, founder and CEO of the online classifieds marketplace 58.com; Zhang Tao, founder of the local services review site Dianping; as well as Dai Kebin, founder and CEO of the job recruitment site Liepin.com, and other internet tycoons.

G3 is set to start official sales later in 2018 and its detailed specification and price to be announced then. Delivery will also start by the end of this year. In the meantime, Xpeng Motors will build 150 supercharging stations across China, and gradually open dozens of offline stores in first-tier cities of the country.