Based on Volvo’s commercially produced electric city bus, Volvo looks to contribute to safer and more comfortable travel by operating this autonomous bus at the Volvo Ocean Race event. 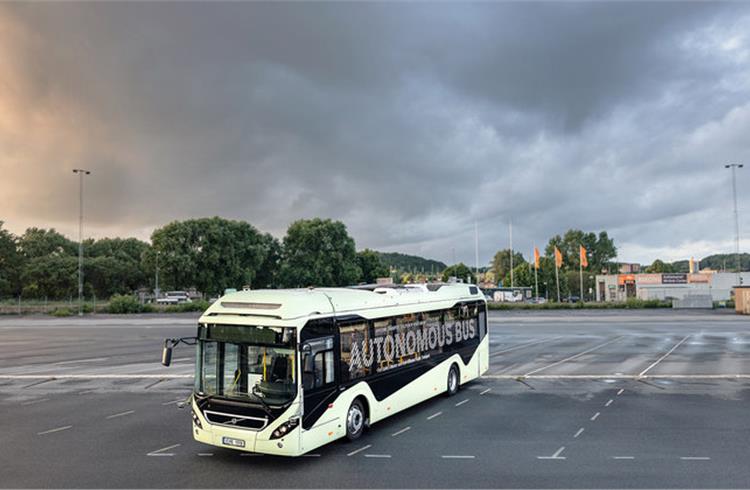 On the sidelines of the Volvo Ocean Race competition in Gothenburg, Sweden, starting from June 15, Volvo Bus is demonstrating its autonomous bus to a few specially invited guests. The prototype is based on Volvo’s commercially produced electric city bus, which has been modified for autonomous operation. The event that would continue till June 21 is already employing two concept all-electric articulated Volvo buses to ferry visitors at the same venue.

The autonomous Volvo bus is presented within the framework of ElectriCity’s participation at the Volvo Ocean Race. ElectriCity is a joint project between the research community, industry and the City of Gothenburg. The Volvo Ocean Race is a yacht race that spans across the world and is held once in every three years.

At the Volvo Ocean Race, Hakan Agnevall, president of Volvo Buses, said, “With low noise level and emission-free operation, electric bus systems provide an excellent alternative for attractive and sustainable public transport. With various degrees of automation, we can make even further progress regarding safety, comfort and efficiency.  Leveraging Volvo Group technologies, we will demonstrate these opportunities for the future during the Volvo Ocean Race.” 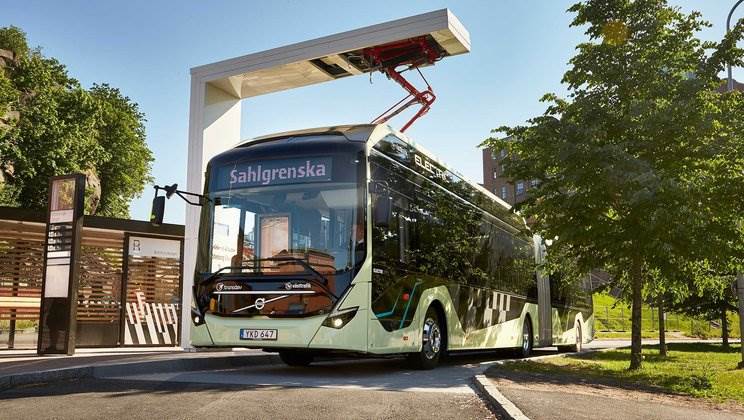 The electric articulated buses in Gothenburg, Sweden servicing the visitors at the Volvo Ocean Race event

The autonomous 12-metre bus is programmed to accelerate and brake gently and smoothly when starting off and stopping. Volvo claims that at bus stops, the bus always halts in exactly the same position, with the same gap between the bus and the platform for convenient entry and exit. The bus is equipped with sensors that maintain a constant watch around the vehicle.

Apart from navigating the vehicle, the onboard sensors prevent incidents and accidents by identifying objects approaching the bus, adjusting its speed accordingly or stopping the bus. Volvo further claims that the autonomous bus is designed for energy-efficient, environment-friendly and economical operations, and for a smooth ride.

The autonomous bus will also be used for research into bus platooning, where buses drive in a close convoy in urban traffic.

Volvo has announced that over the next two years, the bus will be used in two automotive research projects – FFI’s Autonomous City Buses project and KRABAT. FFI is the strategic vehicle research and innovation programme, a cooperative venture between the automotive industry and the Swedish state. KRABAT is part of the Swedish government’s joint programme entitled 'Next-generation travel and transport', financed partly by Vinnova through 'Drive Sweden'.

Volvo to deliver 497 hybrid buses to Quebec in Canada

Volvo to deliver two 7900 electric buses to Lillehammer in Norway