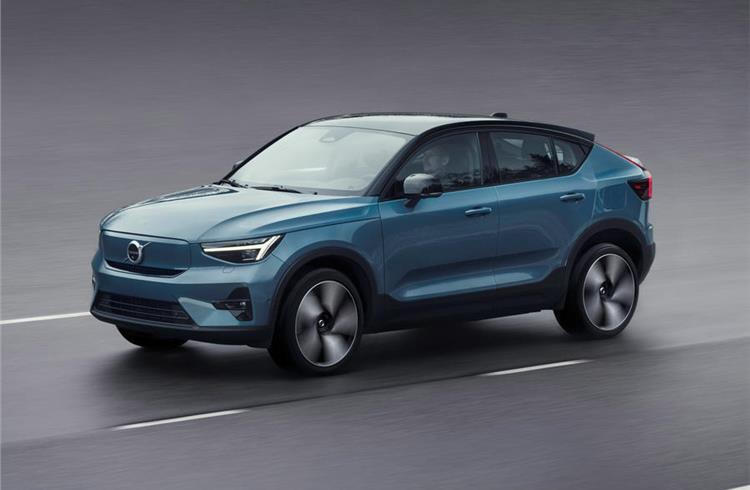 Volvo Cars has reported 8.8 per cent sales growth for the first 11 months of 2021 to 634,257 cars and is on track for a full-year sales increase versus 2020, demonstrating its resilience in the face of persistent tough market conditions and supply constraints.

The carmaker recorded 52,793 retail deliveries in November, a decline of 20.7 percent compared to the same month last year. This decline was significantly influenced by continued supply shortages, which affected production and consequently deliveries to customers.

Volvo Cars is seeing sustained demand for its Recharge models, its line-up of cars with a fully electric or plug-in hybrid powertrain. November saw the start of retail deliveries of the new pure electric C40 Recharge model and in Europe, over half of all new Volvo cars sold in November were Recharge models. The global Recharge share was a third of total sales last month.

So far this year, over 25 percent of the company’s global sales consist of Recharge models. In Europe, this percentage is over 40 percent and in the United States it is nearing 20 percent. Globally, sales of Recharge cars are up by over 70 percent since the start of 2021, compared to the same period in 2020.

In Europe, year-to-date sales increased by 4.0 per cent to 264,910 cars, as strong demand for the company’s Recharge cars supported the sales performance. In November, the company sold 22,415 cars in the region. 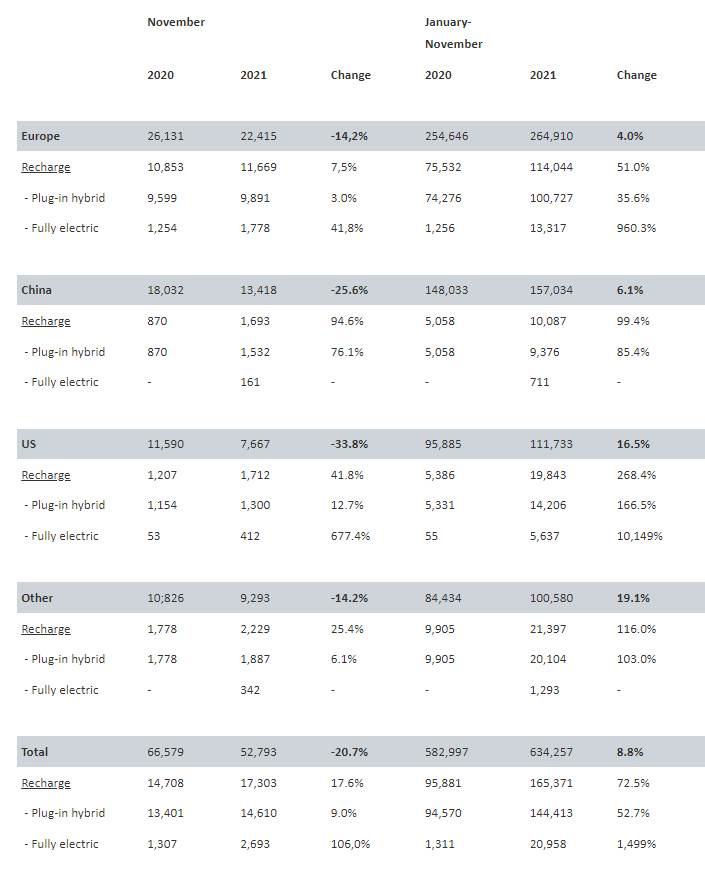