German automaker records the best ever first half year in its history; Volkswagen Group deliveries increase significantly in all core regions. 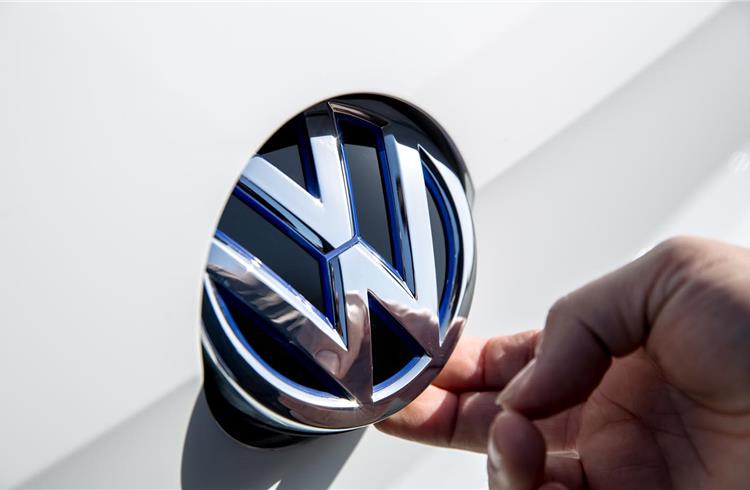 The Volkswagen Group has recorded the best ever first half year in its history, delivering 5.5 million vehicles to customers. Deliveries in June grew 4.1 percent to 958,600 new vehicles.

“This was the best-ever first half year in our company’s history. Group deliveries increased significantly in all core regions. Our core brands recorded strong growth in the first half year,” said Fred Kappler, Head of Group Sales at Volkswagen Aktiengesellschaft. “We expect deliveries in the second half of 2018 to be affected by the introduction of the new WLTP standard. Some vehicles will probably be handed over to customers later than planned”, Kappler went on to say.

The Group continued on its growth path in Europe in June: 456,800 new vehicles were delivered to customers – an increase of 11.0 percent compared with the previous year. 130,600 of these vehicles were handed over in the home market of Germany (+5.0 percent). 75,000 units were delivered in Central and Eastern Europe in June, a rise of 11.9 percent. The Group has delivered over 2.4 million new vehicles (+6.5 percent) to customers in Europe since the beginning of the year. 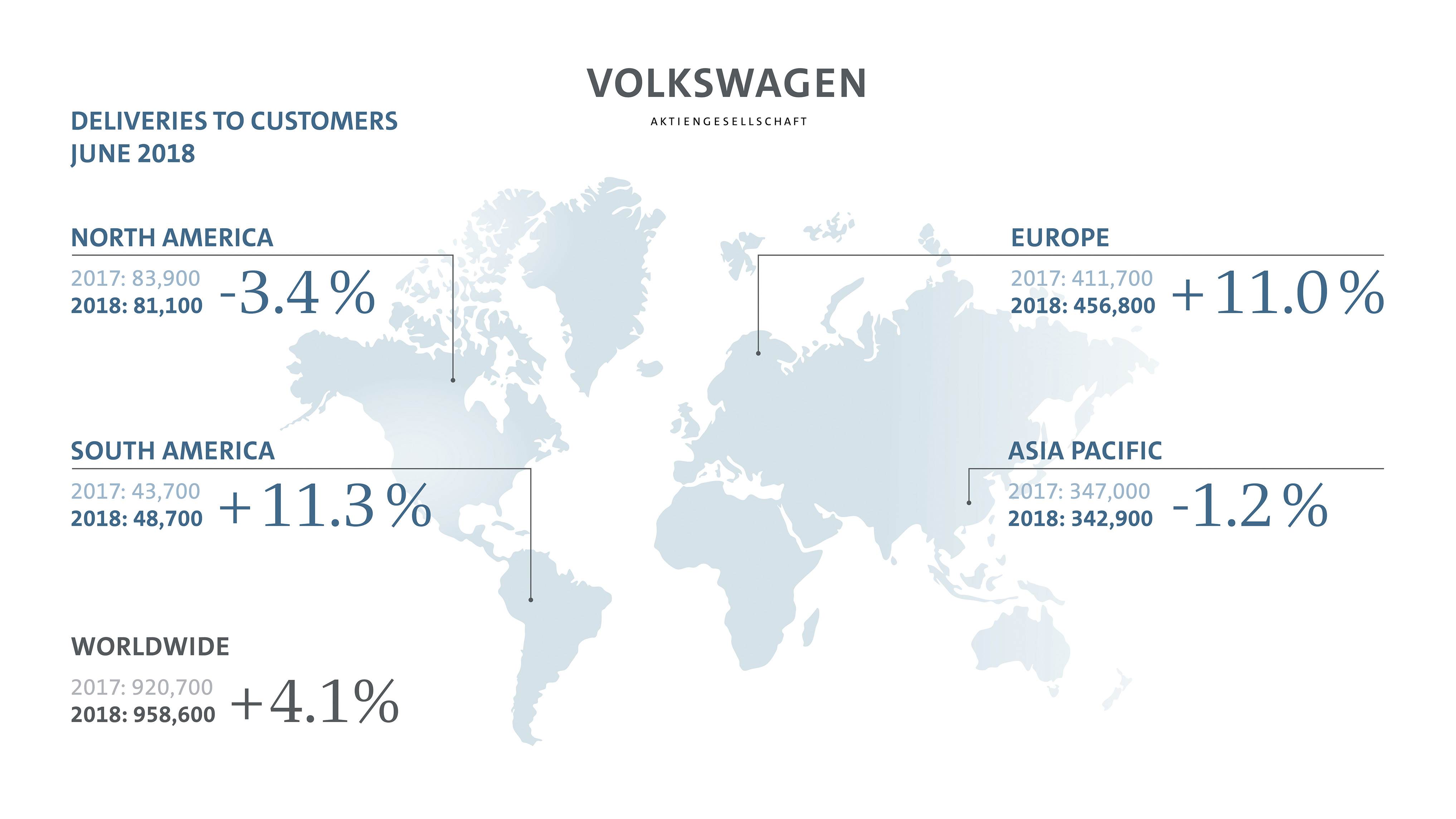 Deliveries in the North America region remained stable in the first half year: 465,000 new vehicles were handed over to customers there from January to June (+0.8 percent), of which 311,900 (+6.3 percent) were delivered in the U.S. market.

While deliveries in the USA grew in June (+3.7 percent), the Mexican market shrank, impacting delivery performance in the region. The Group handed over 48,700 vehicles (+11.3 percent) to customers in South America in June, of which 33,300 were delivered in Brazil (+29.6 percent). The region recorded 13.1 percent growth in the first half year.

Deliveries in the Asia-Pacific region grew to over 2.1 million in the first six months (+8.9 percent). 342,900 vehicles were handed over in June (-1.2 percent). There was a noticeable reluctance to buy on the part of consumers in the Chinese market in June, with deliveries declining by 2.2 percent; this was attributable to the lower tariffs on imported vehicles which came into effect on July 1, 2018. Just under 2 million vehicles were handed over to customers in the first half of the year, representing 9.2 percent growth. 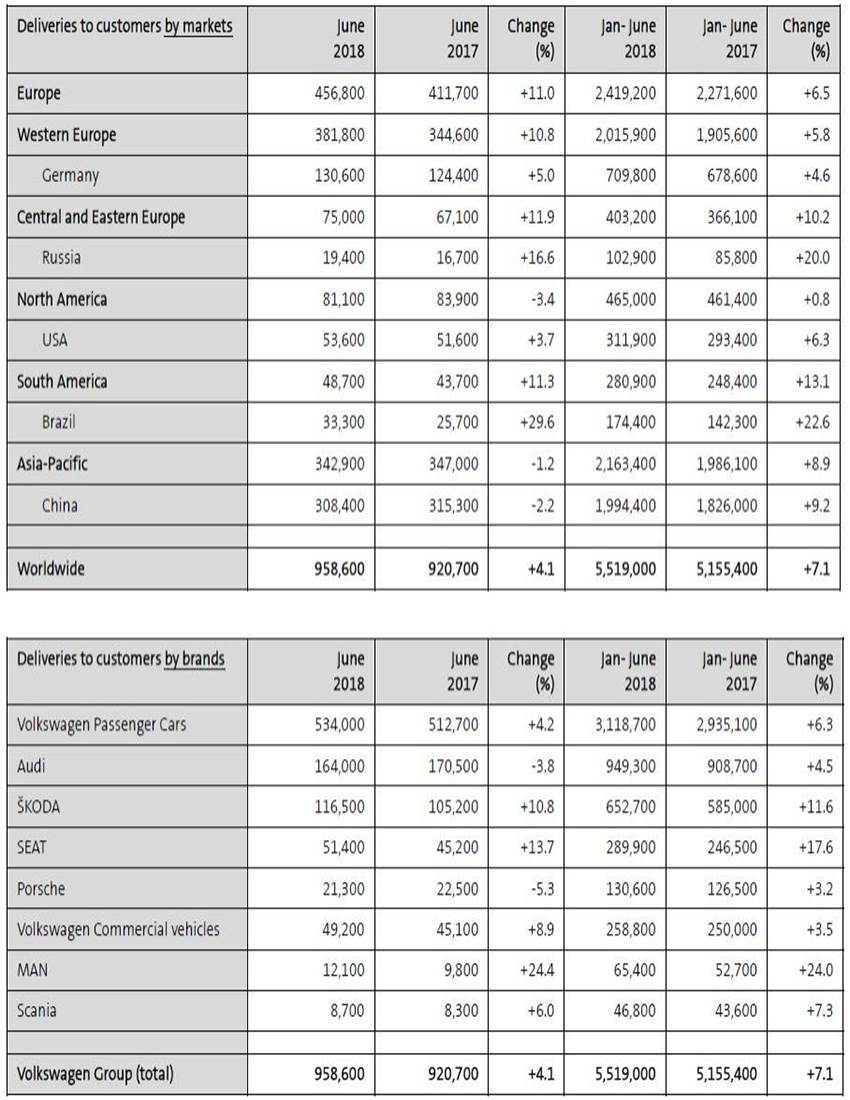