Sold in 83 countries on every continent, Vespa is among the best-known italian brands. 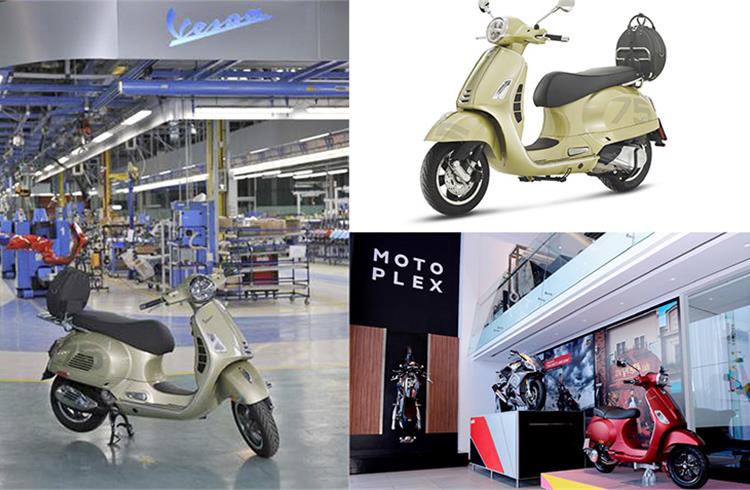 Today, iconic Italian brand Vespa celebrates 75 years of making scooters. It achieved the milestone of 19 million units produced, beginning from 1946. And it happens to be Earth Day today.

The landmark Vespa is a GTS 300 in 75th Anniversary Special Edition and was assembled in the Pontedera plant, where Vespa has been manufactured uninterrupted since 1946.

Sold in 83 countries on every continent, it is now the most famous and most loved two-wheeled vehicles in the world. Halfway through the first decade of the new millennia, annual Vespa production was around 50,000 units and, since then, sustained growth took it an excess of 100,000 in 2007 and 200,000 from 2018.

One of the best-known ‘Made in Italy’ products, Vespa are today manufactured out of three production sites: Pontedera, with production destined for Europe, the Americas and all the western markets; Vinh Phuc, in Vietnam, which serves the local market and the Far East, and India, in the ultra-modern Baramati plant, opened in April 2012, where Vespas for the Indian and Nepalese markets are produced.