Micro-car is intended for inner-city journeys of up to 15 miles and uses swappable batteries. 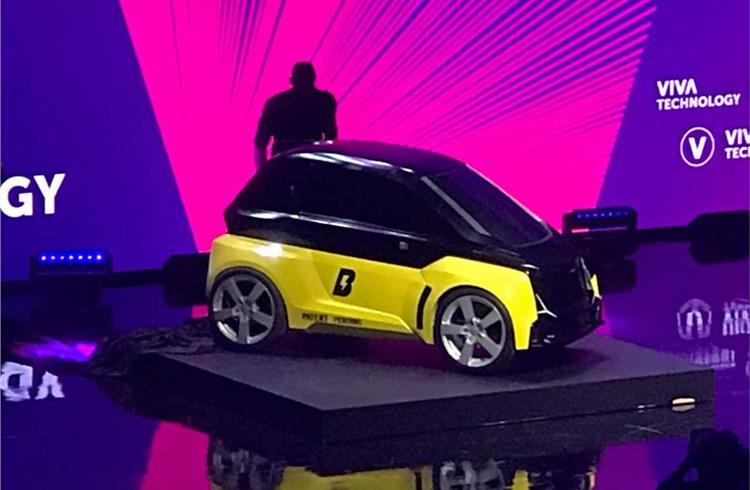 Bolt initially launched a range of micro-scooters intended for trips of up to two miles, but it has now introduced the car to its range. The B-Nano addresses journeys of between two and 15 miles (3.2 to 24 km).

The one-plus-one – a similar set-up to the Renault Twizy – is designed to fit through a doorway and has space for bags. No technical details of the machine, such as the battery range or speed, have been released.

Bolt claims the B-Nano, unveiled at the Viva Technology conference in Paris, France, is the only electric micro-car in the world to use swappable batteries. Seat unveiled its Minimo quadricycle in March this year, which also uses swappable batteries. However, this isn't due to make production until 2021. By contrast, orders are now being taken for the Nano.

Designed for ride-sharing
The B-Nano has been created for ride-sharing, so you can use the car and park it whenever and wherever you want. While many e-scooter systems rely on staff collecting them in vans and taking them to be charged, the intention is that the Bolt's swappable batteries can be replaced by staff wherever they are parked. There will also be charging stations that users can dock the cars at.

Bolt’s main announcement at Vivatech was a plan to expand its scooter service into Paris. It aims to spread to other European cities in the near future, although the UK is unlikely due to regulatory issues.

The Bolt company was founded in 2018 and is based in Florida, US. Its website states it was launched to “fill the gaps in micro-mobility”.

It adds: “Bolt has conducted extensive research within urban areas and is prepared to revolutionise transportation. We believe that we can provide a scooter that will aid in alleviating transit issues including traffic congestion with little to no impact on pedestrian comfort."

It will be interesting to know if Tata Motors has any issue with the use of the names Bolt as well as Nano, both of which are Tata cars.