The company has reduced its sales and production targets 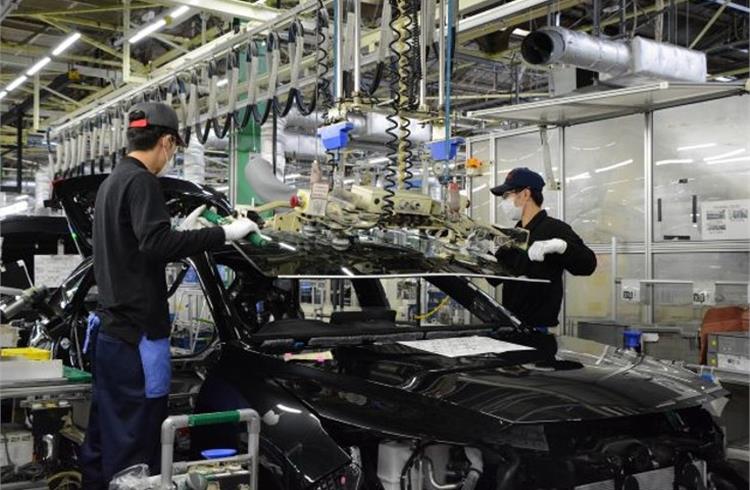 Toyota's profits have fallen by 21% in the most recent quarter because of the long-lasting impact of the semiconductor shortage and the firm has further reduced its global sales and production forecasts. The Japanese manufacturing giant recorded third-quarter operating profits of 7.84 billion yen (£5bn).

Meanwhile, its production forecast for the financial year has been cut by 500,000 units to 8.5 million, which, Toyota says, is down to the “uncertain outlook” caused by the Covid-19 pandemic and semiconductor shortages. Its new forecast of 8.5m vehicles takes into account predicted supply shortages. For instance, Toyota expects to lose around 100,000 units in March. Further cuts are possible, the company said.

The firm has repeatedly reduced production over the past 12 months, the most significant being in September, when shortages led to a 40% cut. Despite this, its sales grew by 10.6% in 2021 and the company retained its position as the world’s best-selling for a second consecutive year.

Toyota said: "We sincerely apologise for the inconvenience caused to our customers due to the series of production volume reductions since last summer. We are working to restore full production as soon as possible.

“Although we continued to challenge ourselves with a high production plan to meet strong demand, we reduced the production volume forecast by 500,000 units as compared to our previous forecast in the fourth quarter, due to the production operation instability we are facing.”

The firm also announced earlier this year that customers in its home market of Japan could face a wait as long as four years for deliveries of the new Toyota Land Cruiser SUV.

Toyota said: “Currently, customers have to wait for a very long time to receive our products. In response to this, we have formulated as robust a production plan as possible for this fiscal year and next.

“However, formulating an outlook remains very difficult due to the spread of the omicron variant and the shortage of semiconductors. We will continue to make supply efforts, and communicate more carefully with our customers, dealers and suppliers.

Toyota says its 10.29m-vehicle retail sales target and operating income forecasts will remain unchanged, having taken into account depreciation of the yen and the introduction of “profit improvement activities”.  Its fiscal full-year operating income target is 2.8 trillion yen (£17.95bn), while net income is expected to reach 2.49 trillion yen (£15.96bn).