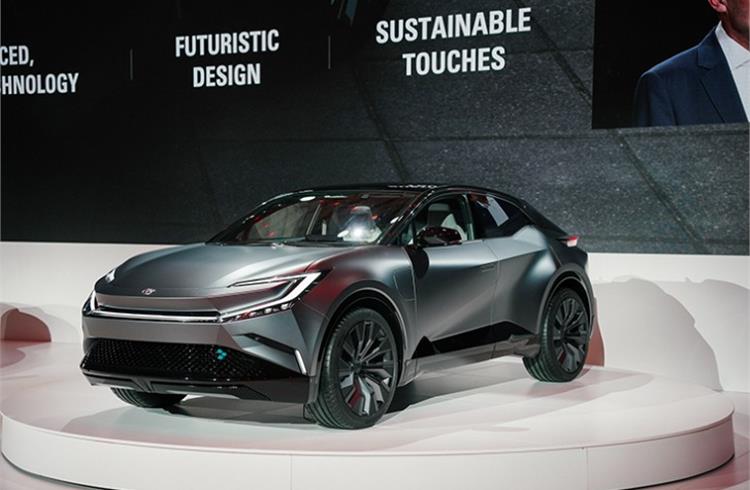 The Toyota bZ Compact SUV Concept has made its European debut, giving a glimpse of what the future could hold as Toyota extends the electrification vision of its bZ ‘Beyond Zero’ sub-brand. 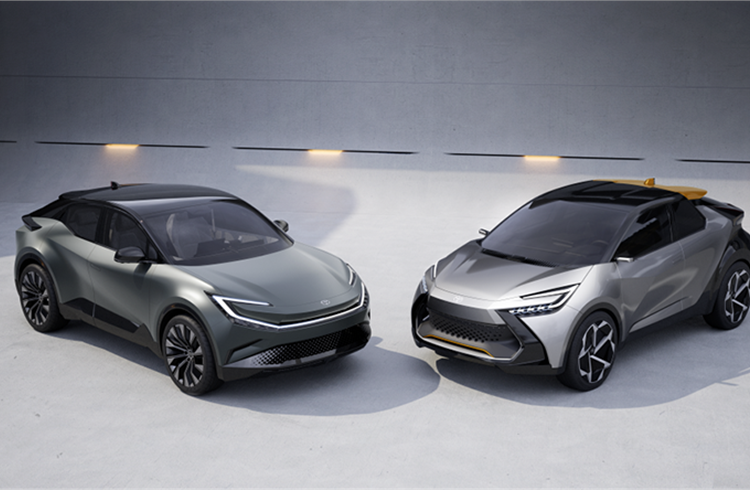 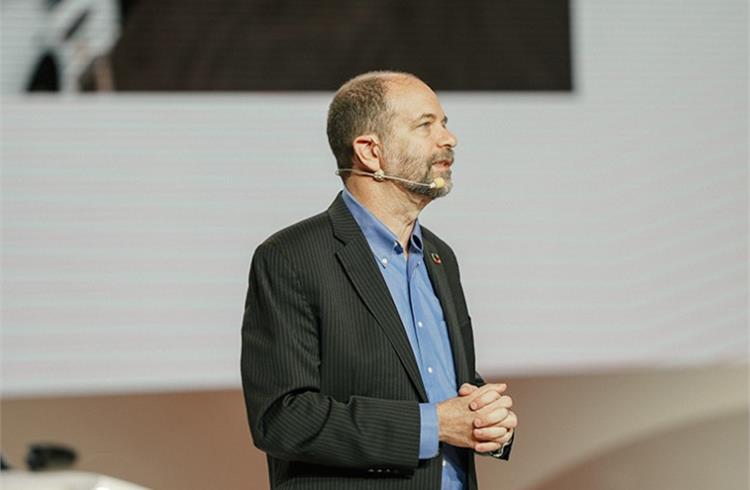 Dr Gill Pratt: “We must do what is best for the environment, guided by the simple principle that carbon is the enemy, not any particular powertrain.” 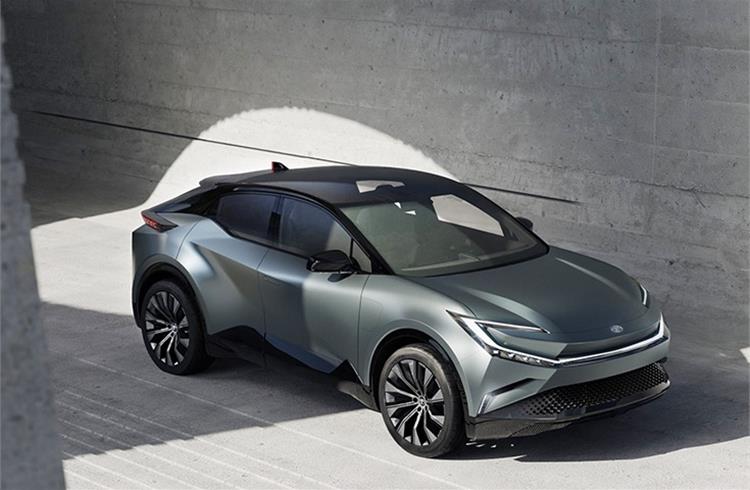 The bZ Compact SUV Concept has been designed in Europe by Toyota European Design and Development in France. 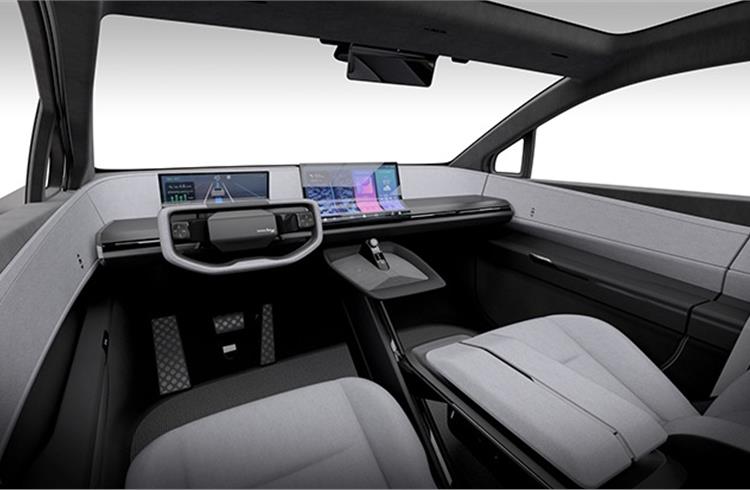 bZ concept has many eco-friendly touches, such as seating made from plant-based and recycled materials. 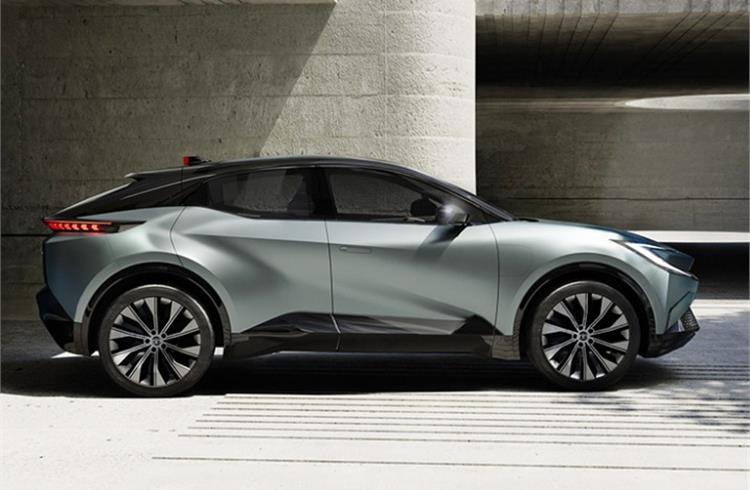 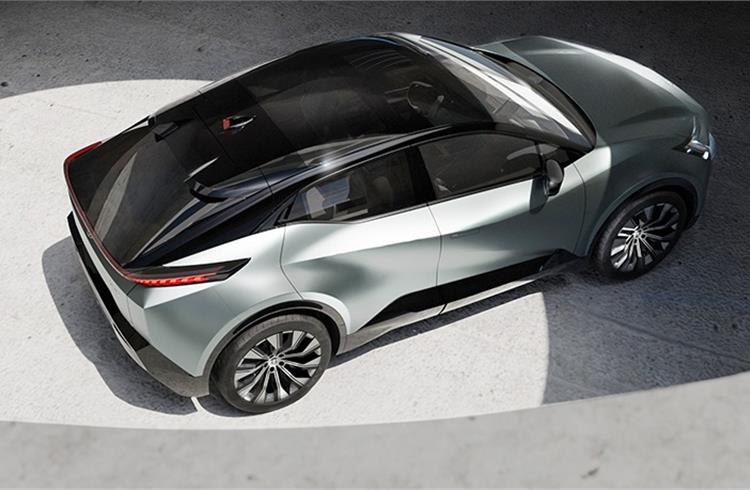 Through its Beyond Zero message, Toyota envisions a future in which carbon neutrality is achieved through products with advanced, alternative fuel and zero emission powertrain technologies.

Toyota has announced its commitment to achieve full carbon neutrality in Europe by 2040 at the latest. This key message was delivered at Toyota Motor Europe’s (TME) annual Kenshiki presentation, delivered to more than 250 media representatives in Brussels last week and made public today.

Building on the undertaking given last year to deliver 100 percent CO2 reduction in all Toyota’s new vehicles in the EU, UK and EFTA by 2035, Matt Harrison, President and CEO of Toyota Motor Europe summarised the company’s direction: “Broadly speaking, there are two focus areas: the first is carbon neutrality and how we plan to achieve it in areas of our business, and the second is the future of mobility, as we transition from a manufacturing and sales company to a provider of mobility services.”

Marvin Cooke, EVP Manufacturing of Toyota Motor Europe, outlined the company’s objective to make all its European manufacturing facilities carbon-neutral by 2030. In this area, the approach is multi-faceted: minimising energy consumption wherever possible, switching to green energy and implementing numerous kaizen (continuous improvement) innovations which reduce or eliminate CO2.

He said: “At our engine plant in Deeside in the UK we have installed solar panels equivalent to 10 football pitches in size while recycling more than 90 per cent of the waste the site produces to generate green energy. We expect to be carbon neutral as early as 2025. Where activities outside our direct control, such as upstream supply and logistics, the challenge is greater and one we will achieve in close collaboration with our partners and suppliers.”

‘The power of And’
Dr Gill Pratt, Chief Scientist of Toyota Motor Corporation and CEO of Toyota Research Institute provided practical insights into the hard science behind Toyota’s global approach to decarbonisation. This uses multiple electrified technologies and optimises the use of scarce resources to maximise carbon reduction.

Toyota’s multi-technology strategy recognises the complementary benefits of both battery-powered vehicles and those which run on hydrogen for zero emission mobility. He explained how, because of the current short supply and high costs of battery materials and the lack of infrastructure, it is better to use a combination of battery electric, plug-in hybrid electric and hybrid electric vehicles to reduce CO2 emissions over the next 10 to 15 years.

He said: “We must do what is best for the environment, which is to extract the most carbon reduction from each battery cell produced, replacing as many non-electrified vehicles as possible with electrified ones, guided by the simple principle that carbon is the enemy, not any particular powertrain.”

Toyota’s global strategy relates closely to meeting the diverse needs of its European customers, with a product line-up which includes battery electric and fuel-cell and hybrid and plug-in hybrid vehicles, as further explained by Kylie Jimenez, SVP – People, Technology and Corporate Affairs, Toyota Motor Europe. She said: “We call this the ‘power of And’ because rarely does one size fit all, especially when you consider the diversity of customer needs and infrastructure readiness.”

Toyota has targeted sale of 1.1 million electrified vehicles in Europe in 2022

Toyota’s electrified line-up driving growth
Toyota expects to sell around 1.1 million vehicles in Europe in 2022, a small but important increase year-on-year in a European market which has declined by 12 per cent, and setting a new record market share of 7.3 percent, up by 0.9 percentage points year-on-year.

This momentum is driven by the product power of Toyota’s diverse electrified model range commanding an overall European mix of around 66 percent of the company’s total sales. 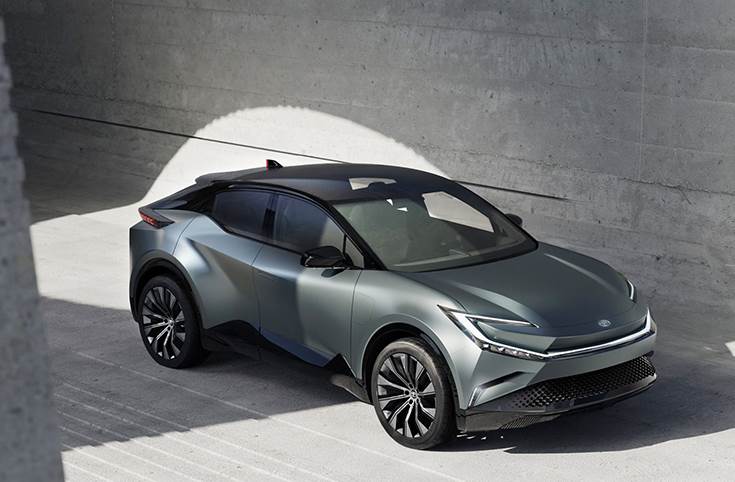 bZ BEV  SUV concept debuts
The Toyota bZ Compact SUV Concept has made its European debut, giving a glimpse of what the future could hold as Toyota extends the electrification vision of its bZ ‘Beyond Zero’ sub-brand.

The concept is a full battery electric vehicle (BEV) for the C-SUV market, Europe’s largest segment, and positioned alongside the Toyota C-HR Prologue.

The Toyota bZ Compact SUV Concept has been designed in Europe by Toyota European Design and Development (ED2) in France. It displays a new ‘clean-vital’ design approach that combines minimalism with a futuristic vitality. It is a zero- emission model that uses low-impact, sustainable materials, delivers dynamic performance, applies cutting-edge technologies and presents a stylish appearance.

Through its Beyond Zero message, Toyota envisions a future in which carbon neutrality is achieved through the practical introduction of products with advanced, alternative fuel and zero emission powertrain technologies. In Europe, Toyota plans to introduce six bZ brand models by 2026. Such a diverse, electrified portfolio will help propel the company towards its global goal of carbon neutrality by 2050.