Hybrid sales are gaining pace: year-to-date hybrid sales have increased by 45% versus the same period last year (January to August) – on pace for another record year of hybrid sales. 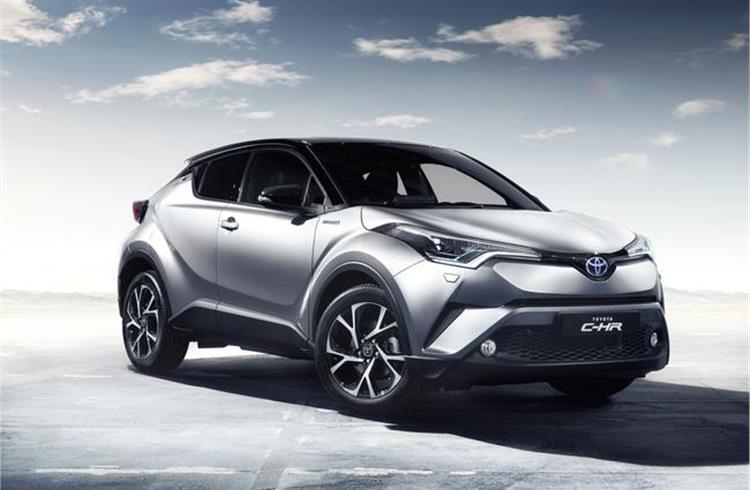 As Toyota and Lexus prepare to introduce three new hybrids to their European line-ups – the Toyota C-HR Hybrid, the new-generation Prius Plug-In Hybrid and the Lexus LC 500h coupe – Toyota Motor Europe is seeing a sharp increase in its existing hybrid sales so far this year: +45% versus 2015, which was already a record year. These three new models will be on the Toyota and Lexus stands at the Paris Motor Show.

“We’re on track to sell close to 300,000 hybrids this year,” said Karl Schlicht, executive vice-president of TME. “That is a new record for us and positions Toyota and Lexus as leaders in electrification.”

The company plans to achieve more than 900,000 total sales in Greater Europe this year, with a third of those being hybrid. “This really shows that hybrids are what customers want right now – which is a great reward for having invested so early in powertrain electrification.”

Toyota Motor Europe started commercialising hybrids in 2000 with the first-generation Prius. To date, 1.5 million Toyota and Lexus hybrids have been sold on the continent. Europe is Toyota’s fastest-growing region worldwide for hybrid sales.

The Japanese carmaker’s target is to reach 50% of its European sales with hybrid vehicles by 2020, with a hybrid version in every major market segment.

Amongst the most popular Toyota hybrid models are the C-segment Auris Hybrid (57,884 sales from January to August), the B-segment Yaris Hybrid (55,611), and the recently launched RAV4 hybrid (25,909), a sport-utility vehicle.

Toyota sells 7 hybrid models in Europe: the Yaris, Auris/Auris Touring Sports, RAV4, Camry, Prius, Prius Plug-In, Prius Plus (MPV), and is introducing an eighth hybrid at the end of this year: the all-new Toyota C-HR, a highly anticipated C-segment crossover.

“Our retailers are extremely excited about Toyota C-HR,” said Karl Schlicht. “We started taking orders this month and are very confident this new entry in the growing cross-over segment will further help grow our sales into 2017. From what we can see so far, nearly 70% of customers will choose the hybrid version.”