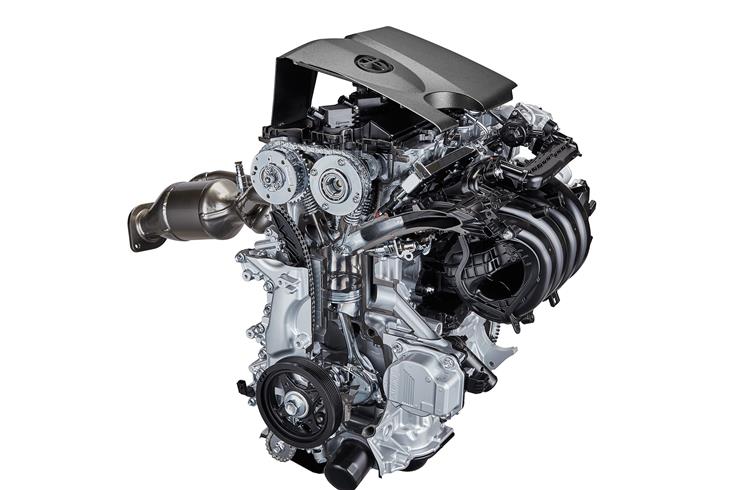 Toyota has developed a 2.0-litre engine that it claims is the most thermally efficient petrol unit in production.

The new four-cylinder engine is said to have a thermal efficiency of 40% – just 1% short of what the Toyota Prius offers with its 1.8-litre hybrid powertrain.

Toyota said the engine can achieve unparalleled levels of fuel economy as a result of new friction-reducing technology and more efficient exhaust and cooling systems.

It will be rolled out across Toyota’s new global architecture (TNGA) models in the coming years.

The new 2.0-litre petrol engine, which peaks at 169bhp and 128lb ft, will also offered with hybrid electric power. In this guise, it will match the Prius’s 41% thermal efficiency but offers more performance thanks to its larger capacity.

This hybrid powertrain is expected to be introduced via the upcoming Auris, which is scheduled for reveal at the Geneva motor show next week.

It will be one of two hybrid powerplants offered in the new Auris, with the existing 1.8-litre hybrid powertrain remaining as the entry point, albeit in an updated form.

The expanded hybrid line-up created by the new 2.0-litre engine should partially fill the void left by the departed diesel Auris. Toyota dropped the diesel version of the Auris last year amid low demand, with just 651 examples sold in 2017.

Toyota has also developed a more efficient CVT gearbox that uses the world’s first gear drive for initial acceleration. This essentially gives the gearbox the quicker off-the-line response of a standard automatic but enables the higher efficiency of a CVT when moving.

Meanwhile, Toyota has created a torque vectoring system for petrol all-wheel-drive models that can decouple the front axle for pure rear-drive. This system will be introduced into Toyota’s all-wheel-drive and off-road models in the near future, with claims of improved fuel economy.

Toyota’s new technology comes at a time when it's about to make big changes to its UK line-up. The Japanese car maker looks set to replace its low-selling Avensis saloon with a new Corolla model.

The new car will have strong technical links to the Auris, using the same underpinnings and powertrains.