To reduce global output by 70,000 units in September and 330,000 units in October; main impact in Southeast Asia; looks to transfer production to other regions 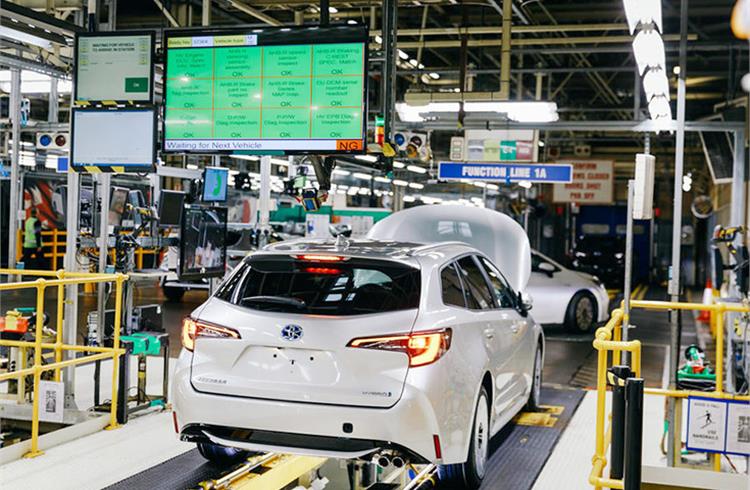 Toyota is announced further cuts to its global production programme, first announced on August 19. In a statement today, the Japanese carmaker said, “Due to a shortage of certain parts caused by the spread of Covid-19 in Southeast Asia, Toyota is making further adjustments to our production operations for September, and is reviewing our production plans for October.”

The company has also cited the impact of tighter semiconductor supplies for the re-aligned production plan. “Although our plants and suppliers are taking thorough quarantine and vaccination measures in response to the pandemic in Southeast Asia, the spread of Covid-19 infections remains unpredictable, making it difficult to maintain operations due to lockdowns at various locations, and we are working to transfer production to other regions,” reads the official statement.

As a result, the company has adjusted the full-year production forecast for the fiscal year ending March 31, 2022, to 9 million units due to the impact of the production cut, down from the 9.3 million units forecast. “Although the outlook for November and beyond is unclear, current demand remains very strong. As a result, the production plan for November and beyond assumes that the previous plan will be maintained,” says Toyota.

As the demand for semiconductors in all industries continues to increase, Toyota says it is continuously assessing the situation and discussing medium- to long-term countermeasures with related companies. “Our focus remains on doing everything we can to deliver as many cars as possible to our customers as quickly as possible, such as shifting our production plans to models with high demand.” That’s a strategy that most automakers the world over are adopting in the face of global semiconductor shortage.