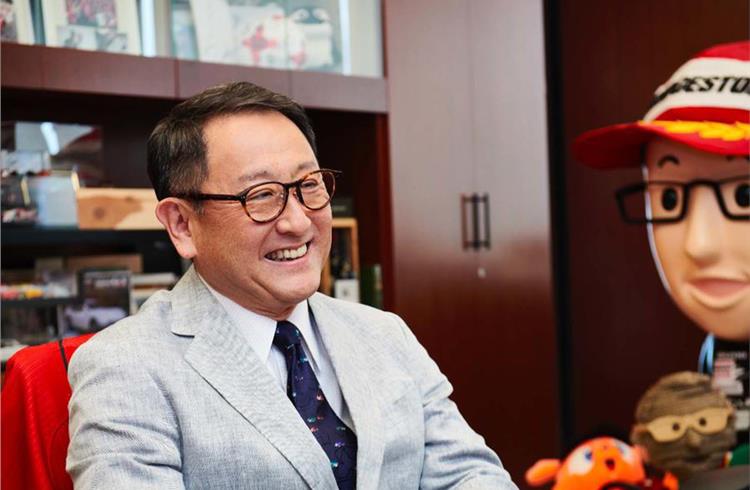 Toyota boss Akio Toyoda has warned of the potential impact Britain’s withdrawal from the European Union could have on the Japanese car industry, saying that a no-deal Brexit should be “avoided at all costs.”

In a statement issued in his role as chairman of the Japan Automobile Manufacturers Association (JAMA), Toyoda said maintaining frictionless borders – with no tariffs or delays as parts pass between Britain and the EU – was vital for the nation’s car industry. Along with Toyota, JAMA members include Honda, Mazda, Mitsubishi, Subaru and Suzuki.

Toyoda said the Japanese car industry was a “stakeholder” in the automobile industry in the UK and EU, because of its contributions to the economy in the region. He noted that JAMA members owned 14 production plans and 17 research and design centres across the EU, which produced 1.5 million vehicles and were responsible for 170,000 jobs.

“For those contributions to continue, it is necessary that an unimpaired trade environment between the United Kingdom and the European Union be maintained and that the automobile industry’s activities remain predicated on shared standards, including those regulating vehicle certification,” said Toyoda.

The JAMA chairman added that failure to reach a withdrawal agreement would adversely affect both companies and consumers due to “the impacts of suspended production activities resulting from failed just-in-time logistics operations, declines in revenue, and revised vehicle sales prices caused by spiralling logistics and production costs.”

Toyoda is the latest car industry chief to speak out over fears of a no-deal Brexit, joining the bosses of Ford and Jaguar Land Rover. The manager of Toyota’s plant in Burnaston has already warned of the potential impact it could have on production there.