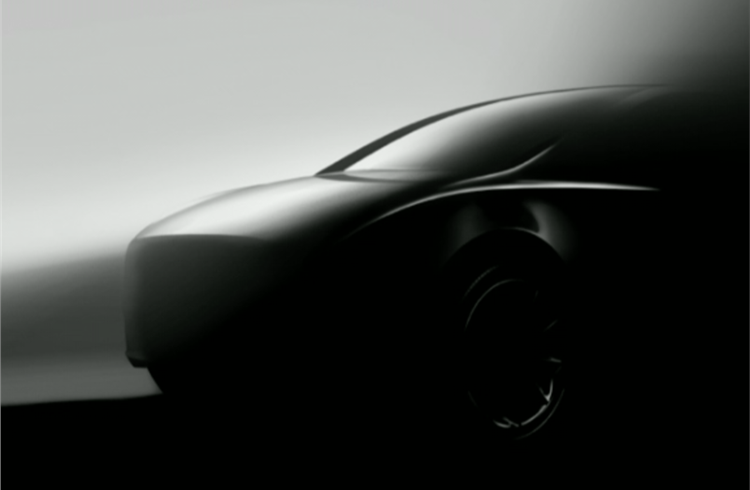 Tesla CEO Elon Musk has revealed that the firm is planning to launch a compact car within the next five years.

The event featured Musk and other Tesla officials speaking about a range of topics. Here's the other news from the event.

Smaller car plans
Musk's claim that Tesla will bring a compact car to market within the next five years came responding to a question about the smaller segments the brand will expand.

Musk said: “I think we’ll do a compact car in less than five years.” No further details were given, and Musk didn’t answer another part of the question that asked whether a subcompact (B-segment) car would be made, suggesting that Tesla will not go smaller than the Volkswagen Golf — at least within the five-year timeframe.

Musk also said that the Model Y is confirmed for reveal in March 2019 and production in the first half of 2020. Musk later tweeted that 15 March would be the small SUV's official unveil date. While a second preview image of the Model Y was released, it revealed little more than that before.

Despite the fact that the Model 3 is expected to become Tesla’s best-selling car once the current step up in production is complete, the Model Y could usurp it, given SUVs’ growing dominance in the industry.

Musk also claimed that the Model 3 outsold the BMW 3 Series, Mercedes-Benz C-Class, Audi A4 and Lexus IS in the US, making it the top-selling premium saloon there.

Wait times for the Model 3 are three to four months for an order placed today in the US and 15 months for right-hand-drive cars, meaning the Model 3 is unlikely to arrive on British soil before the third quarter of 2019. Meanwhile, production of the all-wheel-drive variant is imminent, so US customers who are waiting to configure their D-badged Model 3 order will receive a notification within the next week, said Musk. 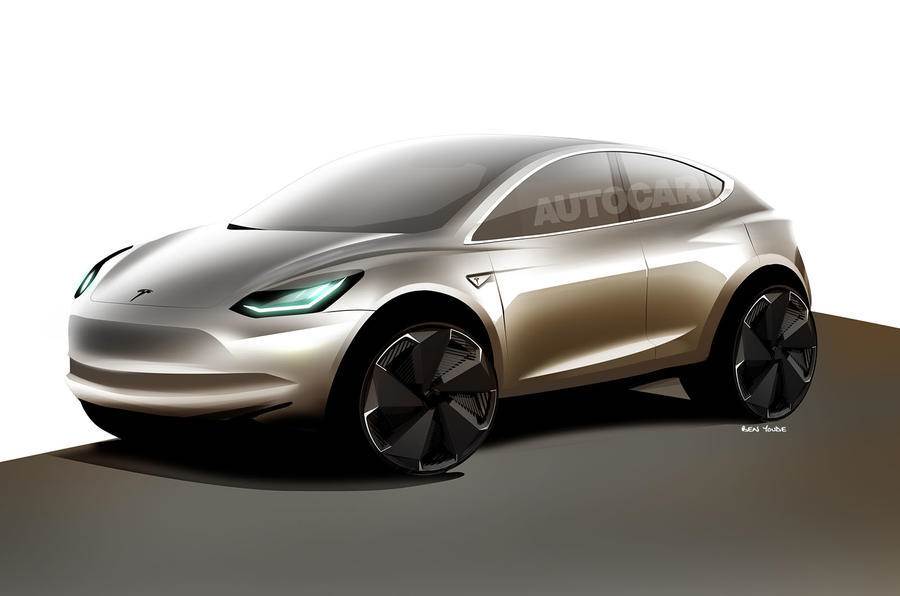 Tesla Semi, Roadster Mk2 revisions
Musk also suggested revisions to the design of Tesla’s upcoming Semi lorry. Answering a Twitter question about whether European customers will get a cab-over-engine model, Musk said that an upcoming revision to the design that was revealed in late 2017 will make the truck fit in with legislations across the world. Musk claimed that the Semi’s range will be “way beyond what most people in the industry think is possible”; he has already claimed 600 miles / 960 kilometres previously.

“Semi and Roadster are actually going to be better than what was unveiled,” said Musk, also who also reinforced his previous announcement that the Roadster reveal model, with its 1.9sec 0-100kph time, would be the entry-level variant. A performance version “with a SpaceX option package” would top that range, according to Musk.

He said: “It’s important for us to show with the Roadster that an electric vehicle can outperform a gasoline car in every way.” 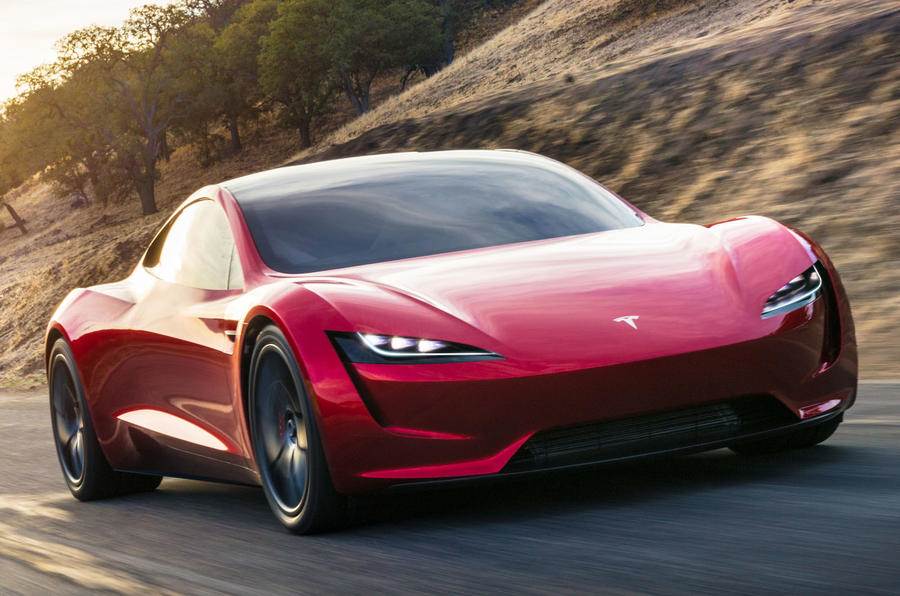 Supercharger Mk3, Gigafactories
The third-generation Tesla Supercharger will be revealed later this summer and Musk announced at the meeting that its design is almost complete. Production and first deployments are planned before the year’s end, with more rapid expansion of the charger network following its inaugural installation. Musk wouldn’t reveal any more details, but said that it would be a “dramatic improvement” over the existing Supercharger. It is expected that the third-gen Supercharger would be capable of 240kW — double that of the current one.

Tesla’s Gigafactory production facility in Nevada will be expanded over the next five years and will be “by far the biggest building in the world”, Musk said.

More Gigafactories have already been confirmed, with the next to be built in Shanghai. Tesla sales boss Robin Ren said that plans for the Shanghai plant are moving ahead, as the brand continues talks with the Chinese government. Future Gigafactories will not only produce battery packs but handle full vehicle, powertrain and battery pack production, Musk explained. An announcement about the Shanghai Gigafactory is imminent, Ren added.

What won’t be built at those Gigafactories, is a Tesla motorcycle. Despite ventures into passenger and commercial vehicles, Musk said a motorbike accident in his youth has discouraged him from developing a two-wheeler with a Tesla badge. 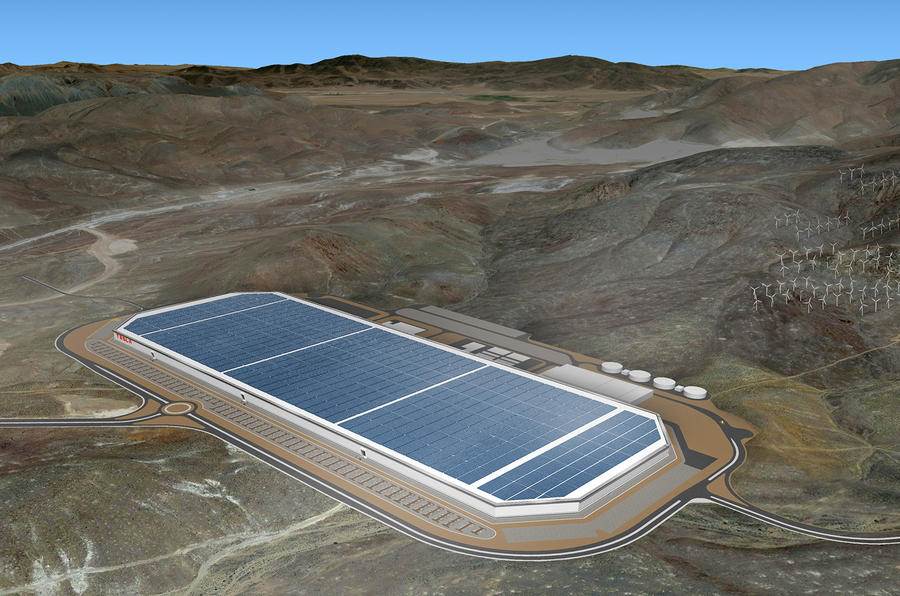 Musk retains control
At the event, Musk faced a challenge for his position as chairman. An investor proposed stripping Musk of his role as Tesla chairman, to separate the role from the chief executive job Musk also holds. The proposal was voted down, meaning Musk will continue as the firm's chairman and chief executive.

Some investors have been troubled by the company's continued struggle to increase production of the Model 3. A proposal by an investment group to reject three Tesla directors, including Elon Musk's brother Kimbal, that it claimed lacked qualifications or independence, was also rejected.

Tesla's next Gigafactory could be in China

Tesla Semi truck to have range of up to 960km, says Elon Musk