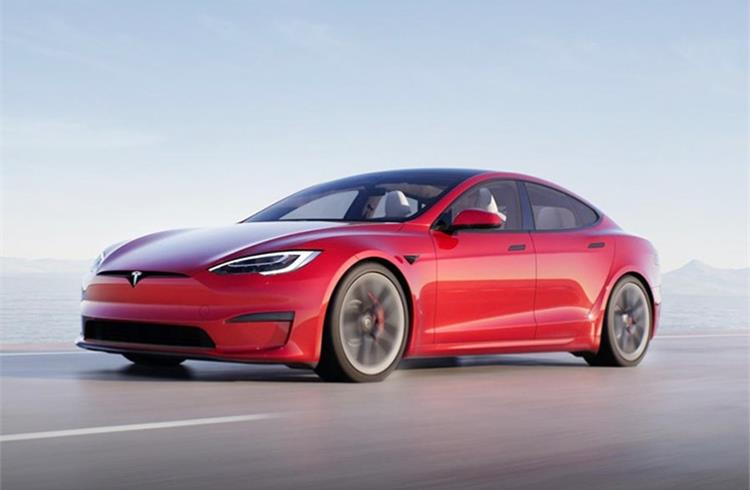 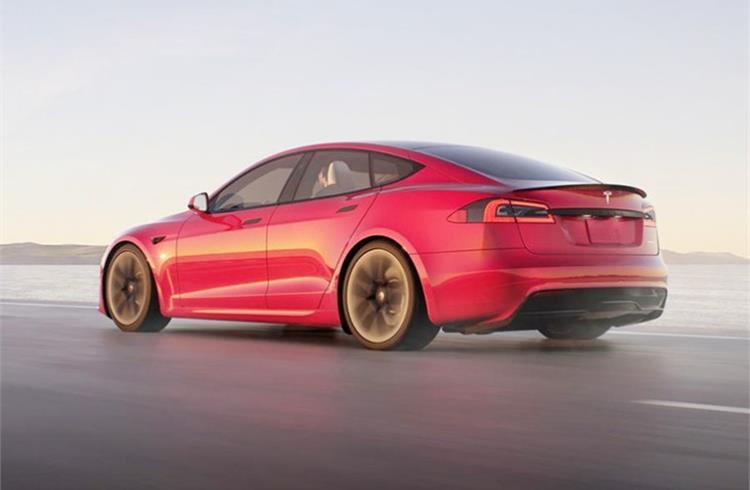 The new Tesla Model S Plaid has set the fastest laptime for a production-spec EV at the Nurbürgring, according to company CEO Elon Musk.

According to Musk on Twitter, the new 1006bhp range-topper lapped the 12.8-mile Nordschleife circuit in 7 minutes 30.909 seconds – 12 seconds quicker than the previous record lap set by the Porsche Taycan Turbo in 2019. The Tesla's average speed was 103mph / 165kph. 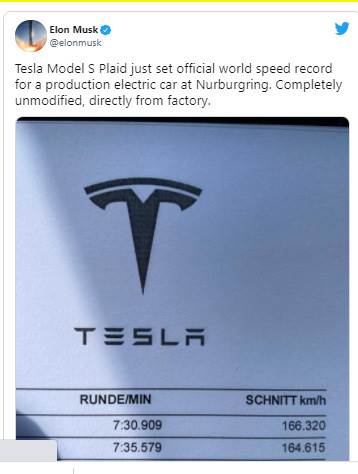 A modified Model S Plaid will now seek to cut that laptime further, with "added aero surfaces, carbon brakes and track tyres" among the enhancements suggested by Musk. He said Tesla does not need to be "in the loop" for this next attempt, suggesting it has partnered with a tuning company in the pursuit of setting more lap records.

The Plaid powertrain arrives as part of the most substantial update for the Model S since it went on sale in 2012. It is also available in the larger Model X SUV, which has also been refreshed for 2021.

The larger Model X Plaid needs 2.5sec to complete the 0-60mph/0-100kph sprint, but that still gives it the "quickest acceleration of any SUV".

However, the 1100bhp Plaid+ version of the Model S, which would have bumped range up from an estimated 390 miles / 624 kilometres to more than 520 miles / 832 kilometres (on the US EPA test) – more than any EV currently in production – and further cut the 0-60mph time, has been officially cancelled.

Taking to Twitter earlier this year ahead of the Plaid's launch, Musk said: "Plaid+ is canceled. No need, as Plaid is so good."

He called the standard Plaid the "quickest production car ever made of any kind" and confirmed a sub-2.0sec 0-60mph sprint time. To officially claim that title, the Model S Plaid will need to beat the new Rimac Nevera hypercar's 1.85sec 0-62mph time.