Tesla asks suppliers for cash back in bid to reach profit

Electric car maker requests a "meaningful amount" of the cash it has spent with suppliers to be returned to help profitability. 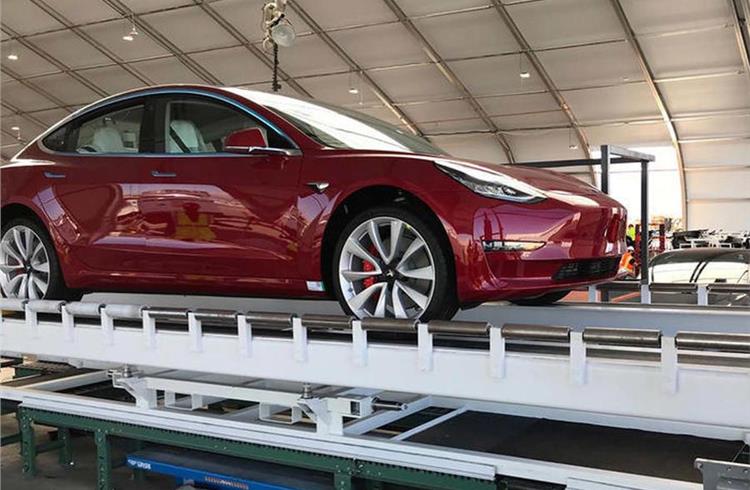 Tesla has asked some of its parts suppliers for a partial refund of what it has spent with them in the past to help it return a profit, according to reports.

The Californian EV maker reportedly sent a memo to some parts suppliers for the request, asking for a “meaningful amount of money” back from its payments made to suppliers. The move, presented as necessary to help Tesla move into a profitable period, will also help its reportedly poor cash position while it attempts to increase production levels of the Model 3. The memo was first reported by the Wall Street Journal, which said it had seen a copy.

The memo claimed the request is vital for Tesla’s continued operation, saying that by offering the cash back suppliers would be investing in the brand’s long-term growth. Chief executive Elon Musk has previously promised the brand would operate under positive cash flow in the second half of 2018 thanks to the Model 3’s increased production rate.

Musk took to Twitter to comment on the WSJ's report but didn't deny that historical refunds from suppliers were being asked for. He claimed “only costs that actually apply to Q3 and beyond will be counted," in Tesla's bid to operate under positive cash flow. "It would not be correct to apply historical cost savings to [the] current quarter."

In the final week of June Tesla reported it had hit its production target of 5000 Model 3s per week, increasing output by 40 percent from the first quarter of the year, when it struggled with "production bottlenecks". Production has been boosted by a temporary line being established in a large tent installed outside the brand’s facility in Fremont, California.

Tesla’s cash position had already received a boost from Model 3 confirmation deposits earlier this year, with US customers who had placed $1000 (Rs 68,843) for an order asked to add a further $2500 (Rs 172,108) to move the process to the build stages.