The story of Jaguar Land Rover's turnaround that is now a chapter in financial management, and precise product development while tapping into the pulse of the market. 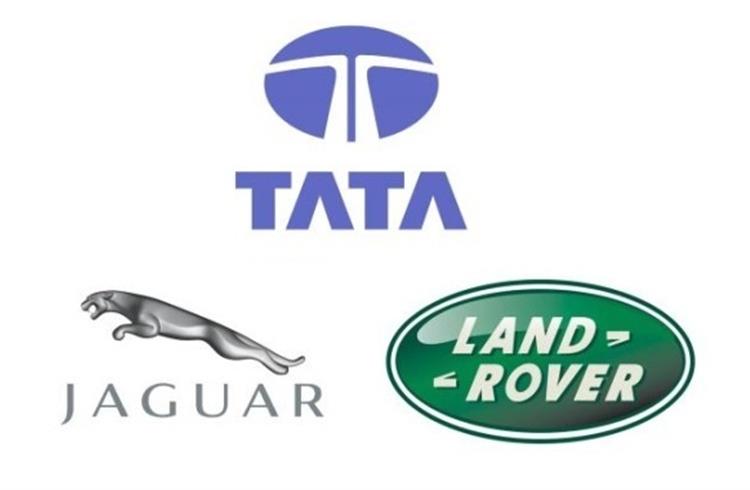 Today marks 10 years since Tata Motors reinvigorated Jaguar Land Rover from its depreciating value and dwindling sales figures to one of the biggest and the most successful automotive brands in the UK.

It was on June 2, 2008 that Tata Motors acquired the Jaguar Land Rover businesses from Ford Motor Company for a net consideration of US $2.3 billion (Rs 9,200 crore), as first announced on March 26, 2008 in an all-cash transaction. Ford contributed about US $600 million to the Jaguar Land Rover pension plans.

JLR was acquired on a cash-free, debt-free basis. The purchase consideration included the ownership by Jaguar and Land Rover or perpetual royalty-free licences of all necessary Intellectual Property Rights, manufacturing plants, two advanced design centres in the UK, and worldwide network of National Sales Companies.

This is a glimpse into how Jaguar Land Rover (JLR) was transformed from a 400 million pound loss in 2008 to 2.6 billion pound profit in 2015, even as the iconic British brand takes a leap into new megatrends of electrification and autonomous mobility.

An eventful start in a year of melancholy
The year was 2008 when the US market was slipping into a recession and hence the demand for luxury cars and SUVs (Jaguar and Land Rover’s respective area of forte) were sliding. The cash-strapped iconic British automotive brands were creeping towards major loss. The only good thing that came through for JLR was the fact that the Indian automotive giant, Tata Motors, was convinced that it could turn around JLR into a success story.

For Tata Motors, it was an opportunity to step into the big league of global automakers. Tata saw that both the brands carried a strong emotional connect with its target audience, the European and the US markets. The investments made by its previous owner, Ford Motor Co, in the development of the overall quality were bound to reap good returns in the future and Tata honchos were prepared to invest all the patience into it. To make the acquisition even more profitable, JLR had well-established plants across the UK.

The pressure of acquisition
With the acquisition, Tata Motors found itself in a debt of Rs 21,900 crore. In FY2009, the company posted a loss of Rs 2,500 crore, which was the first loss for the company in 7 years. This came in as a stark contrast to the Rs 2,200 crore profit that it had posted in just the previous year (2008).

The acquisition also came at a time when the Tata Group had recently acquired the Anglo-Dutch Steel company Corus and Tetley Tea. While the then newly launched Tata Nano was struggling in posting its estimated targets, the UK government was contemplating a bailout of JLR. With this, Tata Motor’s market value plunged to Rs 6,503.2 crore while the stock crashed to one of its lowest at Rs 126.45.

The age of resurrection
The global recession in 2008 had not only restricted the car sales (especially the luxury and the SUV segment), but it also limited the auto industry’s access to decent credit from the banks. Apprehensions started creeping into the whole scope of the acquisition as both Tata and JLR catered to completely different segments in the passenger car segment. Tata and JLR had to initially address the fact that they were completely two different entities with separate underlying value chain and business model.

As the first step, Tata Motors retained the existing management structure at JLR with no imposition of Tata’s management into it. Later, for the first time ever, JLR became responsible for its own money and Tata assisted them in setting up a proper cash management system in the company.

With good backing from strategy consultant Roland Berger , JLR was all set to a path of profitability. Ten to 11 separate cross-functional teams were set up at JLR. In order to meet the product development, technology upgradation and capital expenditure needs, Tata pumped in around 1 billion pounds (Rs 5,728 crore at today’s rate). It even raised cash by selling some of the stocks in Tata Steel and other groups of the parent company to keep the cash flowing.

In 2010-11, sales rose sharply on the back of the new product launches and hence, improved market sentiment. With the success of the XJ in 2010, JLR accounted for more than half of Tata Motors' business in 2010. JLR’s debt-to-equity ratio went down to 1.6 times from 4.5 in 2009. JLR recorded profit for the first time after the acquisition in 2010.

The story so far
After more than 22 billion pounds (Rs 196,249 crore) in investment, JLR has rebuilt, integrated and expanded its line-up with flexible, shared platforms and new powertrains and proprietary technologies. Today, the iconic British brand has a headcount of more than 43,000 employees.

Recently, JLR designed its own in-house petrol and diesel engine called the ‘Ingenium’ which satisfies all future global emissions regulations. It has even announced a timeline for the electrification of its entire range. With manufacturing currently taking place even out of the UK, like in China, India, Brazil, Austria and even Slovakia, it has sharply reduced the currency and supply chain risk, thus leading to huge cost benefits.

In the first quarter of 2018, JLR continued to see high sales in China, with a rise of 11percent, although its Europe sales reduced on the back of the Brexit concerns.

JLR has also adopted the electrification megatrend with the development of the Jaguar I-Pace and the Range Rover PHEV. In a further boost to its future prospective, JLR had recently showcased an autonomous car that is adept at plying over all kinds of terrain.

Tata Motors benefitted from this acquisition with a firsthand experience in the development of high-performance designs through the implementation of some of the best practices from JLR. This considerably increased Tata Motors' success rate with new launches. Tata has even staked claims that a few of the practices from JLR have even improved the reliability of the product without the need for any physical validation. 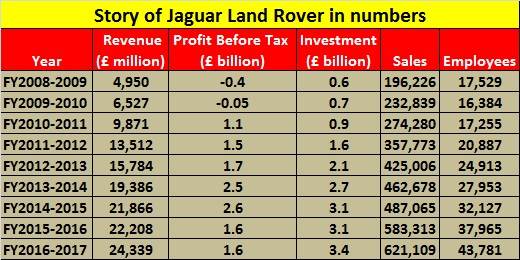