The Rs 630 crore unit will produce 1,000 tonnes of castings in the first year of production and will scale up to 10,000 tonnes by 2023. Will enable SCL to sharply reduce delivery lead times to its biggest export market. 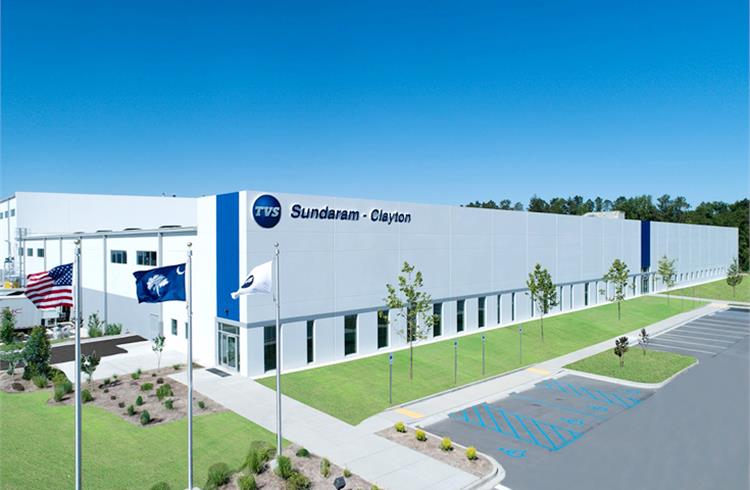 A little over two years after it first announced an investment plan for its first overseas plant, TVS Group company Sundaram-Clayton Ltd (SCL) has inaugurated its first overseas facility in South Carolina, USA, through its subsidiaries, to significantly enhance its ability to serve its customers in North America, its biggest export market. This expansion will establish SCL as a global player from India. The operations will commence by September 2019.

The US market currently represents about 60 percent of the company’s exports and 40 percent of its revenues. An onshore presence will enable SCL to sharply reduce delivery lead times, giving it a competitive advantage in an increasingly demanding market for automotive components.

The US facility has been built with a project investment of $90 million (Rs 630 crore). It will produce 1,000 tonnes of castings in the first year of production and in five years, will scale output to 10,000 tonnes. SCL will manufacture a range of high-pressure die-cast and gravity die-cast parts in this facility. The US Department of Commerce and its trade promotion arm, the US Commercial Services in Chennai, played a key role in facilitating this project.

Detailing the company strategy for setting up the new plant, Dr Lakshmi Venu, joint managing director, SCL, said, “The long-term outlook for both the American and the Indian automotive industries is strong. In both markets, OEM vehicle makers are focussed on lightweighting and better fuel economy. Our technologies are aimed at supporting this industry trend. Our strategy of expanding in both these markets enables us to support our customers with a more responsive supply chain in an increasingly dynamic world.”

South Carolina is among the fastest growing automotive and manufacturing hubs in the United States. SCL’s overseas facility is built on 50 acres of land in Dorchester County in the Ridgeville Industrial Park, South Carolina.

The governor of South Carolina Henry McMaster, who inaugurated the SCL plant, said, “Our state is leading the way in economic development, and the fact that Sundaram-Clayton is already announcing additional jobs is another testament to that. This is a big win for Dorchester County and the entire state, and we’re excited to see what the future has in store for this great company, and we wish them years of continued success.”

Apart from its US facility, SCL has also invested recently in a new plant in Tamil Nadu, India. The company is positive on the long-term strength of its core Indian market as well, and recently opened an additional plant in Oragadam, near Chennai, to service its Indian automotive customers.