Stellantis boss: chip crisis will be over by end of 2023 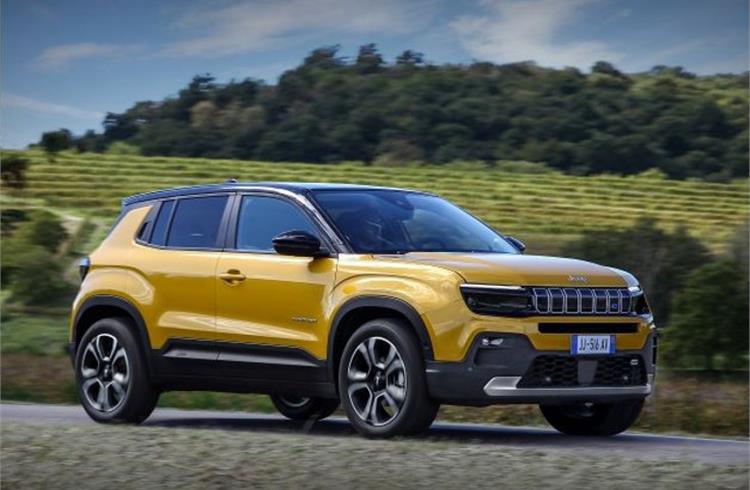 Stellantis CEO Carlos Tavares forecasts that the semiconductor crisis and wider supply-chain issues that have throttled the car industry for two years will be over by the end of 2023.

Rounding off a busy day for Stellantis at the Paris motor show – at which Tavares presented the new Jeep Avenger (pictured) and Peugeot 408, called for import tariffs on Chinese EVs in Europe and slammed the impending Euro-7 emissions legislation as “useless” – he said there's cause for optimism in terms of the company ramping back up to pre-crisis production levels. “The situation is getting better,” he said, suggesting that a long period of uncertainty and instability caused by the unavailability of the crucial processing components is soon to end.

“We have a limited number of suppliers who are troublemakers -- let’s say two or three – and we're trying to push those suppliers to improve.”

He added that the agitators in question are European but stopping short of naming them, emphasising that the situation is improving and that he expects that trend to continue.

“By the end of 2023, the problem will be over. That’s what we estimate, given the current rate of improvement. It depends a lot on the demand of the market, but that's our estimation.

“This is where, normally, things will be marginally a problem - but so far we're still improving.”

There is still a “significant number” of plant shutdowns occurring on a monthly basis, specifically in Europe, Tavares said, and shortages are still a problem for the industry. “I think we still have to manage it for the end of 2022 and throughout 2023,” he said.

Stellantis posted record net revenues of €88 billion (£75.8bn) in the first half of 2022, despite the shortages, despite a significant 18 percent drop in European deliveries, having boosted sales of electric vehicles by nearly 50 percent year on year.