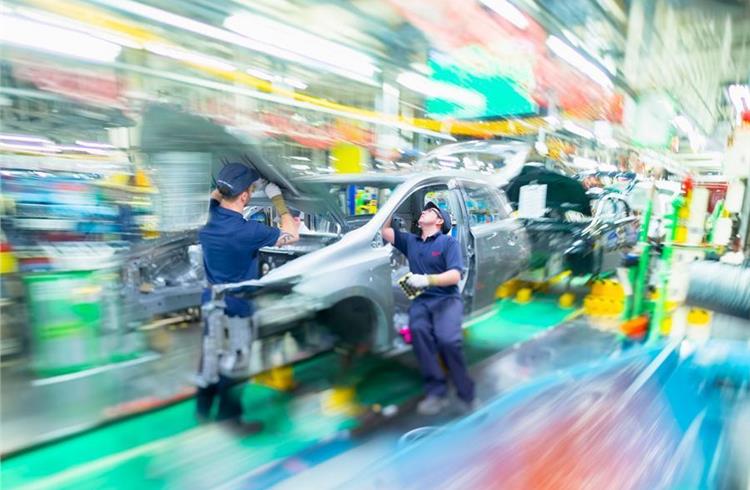 The Society of Motor Manufacturers and Traders has called on the Chancellor to introduce policies to help stimulate the car market in the forthcoming Budget, after UK car production fell 16.8 percent year on year in September.

According to SMMT data, 25,610 cars were produced on UK production lines last month, with demand for British-built cars falling 19.0 percent domestically and by 16.2 percent in overseas markets.

While the sharp decline for September can be linked to falling sales in Europe due to new WLTP testing, overall UK car production so far this year is down 6.6 percent compared with the same period last year, with 1,171,765 cars produced. Sales of British-built cars in the UK have fallen by 18.6 percent in the same period, while exports, which account for 951,448 cars, have declined by 3.3 percent year on year.

Hawes again called for the British Government to secure a Brexit agreement that allows for frictionless trade with the EU, but he said it also needed to promote stability at home.

Saying that a stronger UK car market “would go a long way to boosting manufacturing output”, Hawes said: “The Chancellor’s Budget [on 29 October] is the perfect opportunity to stimulate the market, sending consumers and businesses the right signals to encourage the purchase of new cars, which would help bolster economic performance as well as delivering environmental goals.”