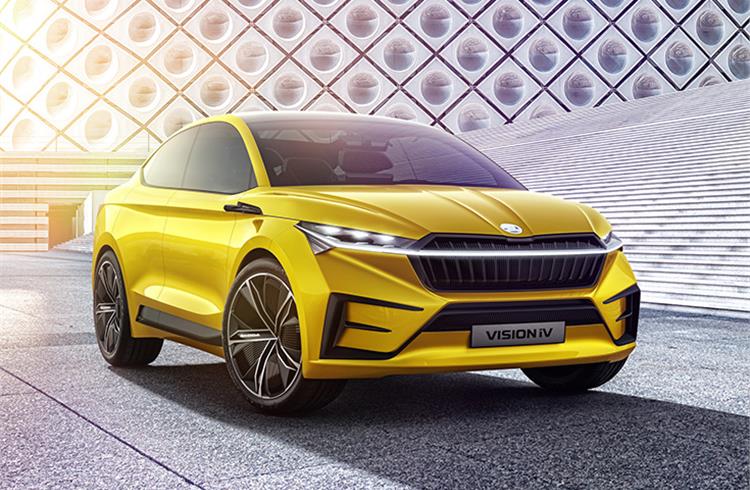 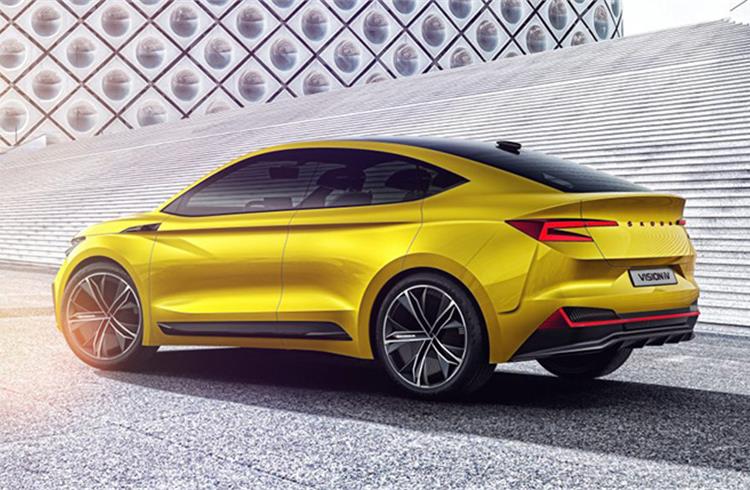 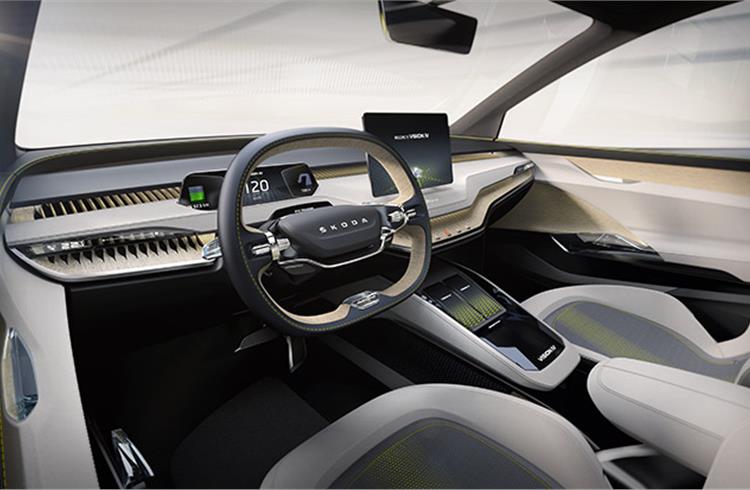 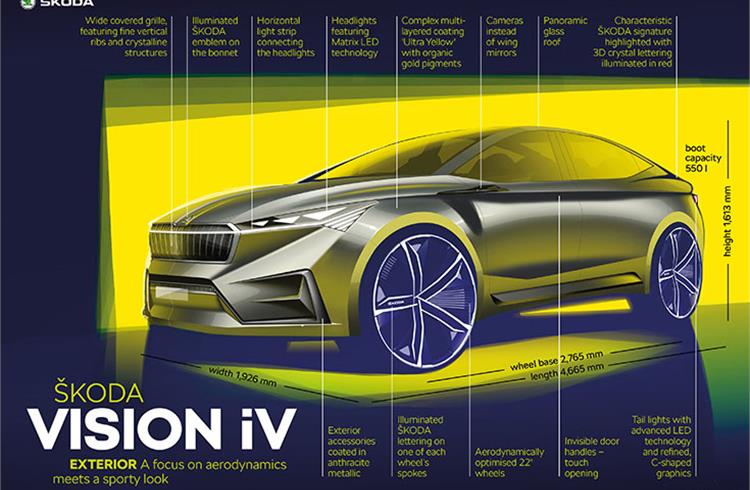 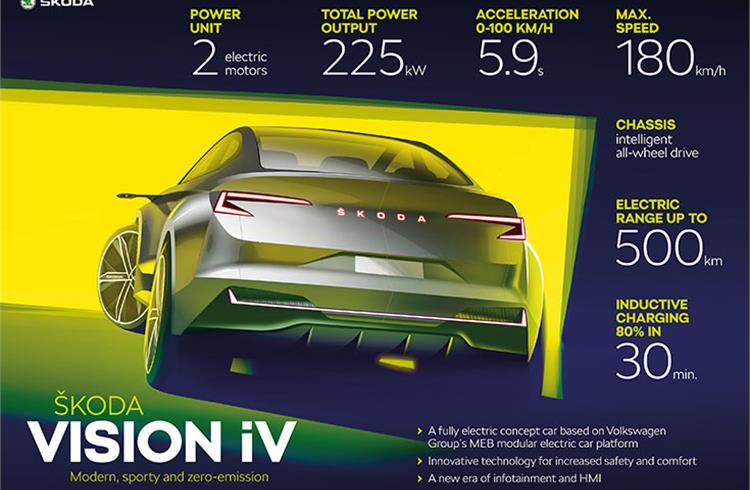 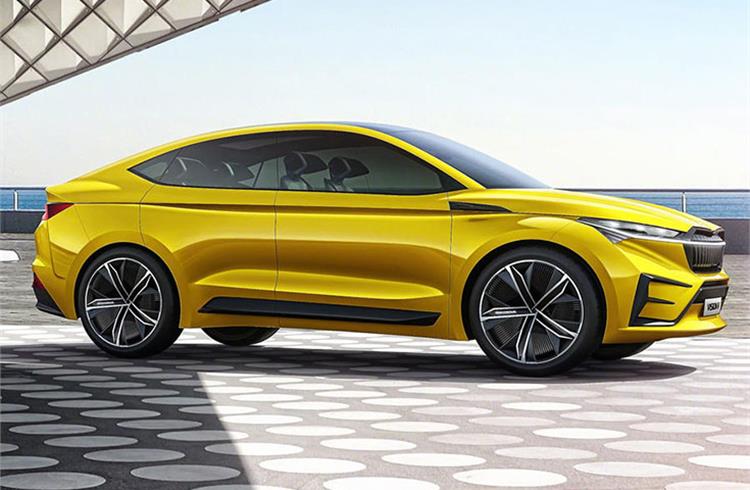 Skoda has provided the strongest glimpse yet of its electric future with the Vision iV concept, revealed at the Geneva Motor Show.

The 4.66m-long Kodiaq-sized four-door coupé crossover is based on the Volkswagen Group’s MEB platform and uses a 302bhp four-wheel-drive EV powertrain offering a 310-mile/500-kilometre range and the ability to charge up to 80% in 30 minutes.

The coupe-SUV's cabin shows a design that has moved on from current Skoda interiors, with a multi-level dashboard, large free-standing central screen, and minimalist look. 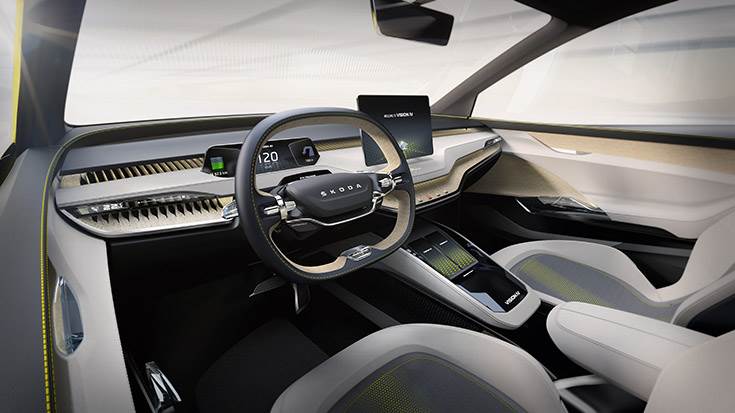 The absence of a transmission tunnel in the EV allows "plenty of storage space", according to the firm, alongside a compartment allowing two mobile phones to be wirelessly charged.

Said to provide "a specific outlook of the brand's electric future", the Vision iV is a more production-previewing concept than the 2017 Vision E.

Although in profile the two concepts look nearly identical, the grille of the Vision iV features a traditional slatted design rather than the blanked-off item on the Vision E. 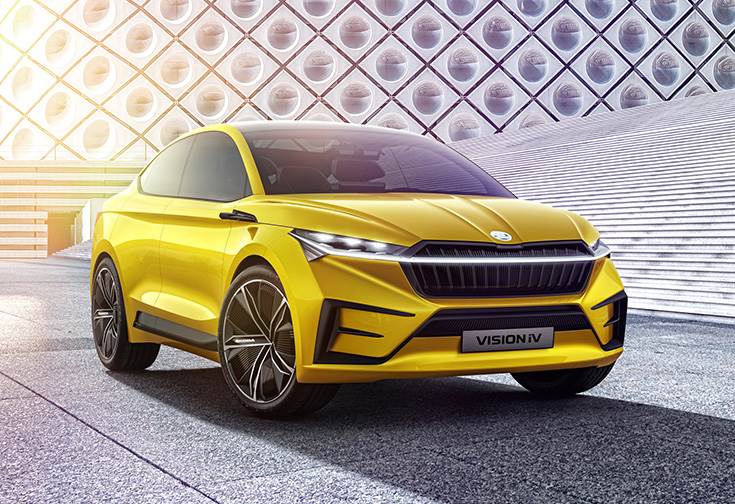 A full-width LED daytime running light sits underneath the main headlights, while the Skoda name at the rear is backlit in red.

Last year, the company revealed the production version of the Vision iV will be sold with both standard SUV and coupé variants, akin to the Kodiaq and China-only Kodiaq GT.

First deliveries of the production model are due at the end of 2021, but it's not yet clear which variant will arrive first.

Both versions will be based on the Volkswagen Group’s electric-only MEB platform, which will be used across all of the company's brands.

Skoda sales and marketing boss Alain Favey has previously told Autocar UK that the Vision E “gives a very good idea of what the EV will look like”.

Pricing will be comparable with that of a mid-to-upper-range Kodiaq, so we can expect an entry-level price of around £28,000.

Ahead of these models arriving, Skoda will launch the electric Citigo-e, a sibling of the Volkswagen e-Up and future Seat eMii. The car is largely intended for Skoda and its network to gain experience in electric cars, to make sure dealers and repairers are ready. “The real first step [into electric cars] will be with the [stand-alone SUV]," Favey has said.

Also due to be unveiled in the coming months is a plug-in hybrid version of Skoda's Superbvflagship, likely following close after the unveiling of the facelifted standard model.