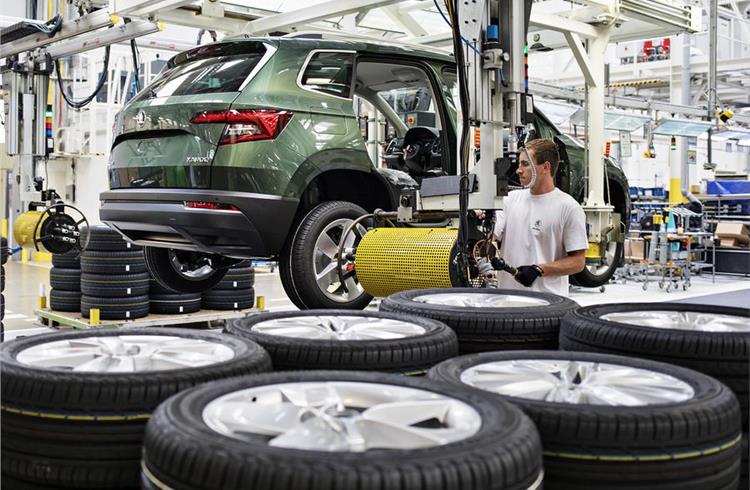 Skoda will build a new Volkswagen Group factory to cope with demand for its growing SUV line-up and prepare for expansion into new markets.

The Czech firm recently launched the Kamiq to sit beneath the Karo and Kodiaq in its SUV range. It sold 150,000 Karoqs in 2018, the first full year the model was on sale, but company boss Bernhard Maier has admitted that figure was limited by a lack of supply.

“We would have been able last year to sell nearly more than 100,000 vehicles more than we did because of a lack of production capacity,” he said.

Skoda sold 1.2 million cars last year and has a goal of increasing that to two million by the middle of the next decade. Maier said the brand was moving “from being a straight volume manufacturer and expanding into a true global player”.

He added: “With our new product line, if we fixed our production capacity, we’d be able to sell more than two million vehicles before the second half of the decade. We could sell more this year if we could build more. The problem is that product demand is bigger than our supply.”

Skoda was short of bodybuilding and final assembly capacity at its two main plants in the Czech Republic, Mladá Boleslav and Kvasiny, where it assembles around 800,000 units a year. A third plant in neighbouring Slovakia makes the Citigo hatchback. Models affected include the Fabia, Scala, Octavia, Superb, Karoq and Kodiaq.

The need to add capacity – which Maier notes is “a good problem to have” – has led to Skoda taking the lead in the construction of a new Volkswagen Group plant in Eastern Europe. The firm is currently considering four sites.

“By the middle of this year, we have to decide whether to push the button,” said Maier. Which models the plant would build has yet to be decided, but Maier described it as “a completely different product line-up”

As with other manufacturers, Skoda also had to work around shortages of some petrol and diesel engines due to the difficulties of rehomologating for the new WLTP regulations, but Maier pins the bulk of the lost capacity on a shortage of body and final assembly.