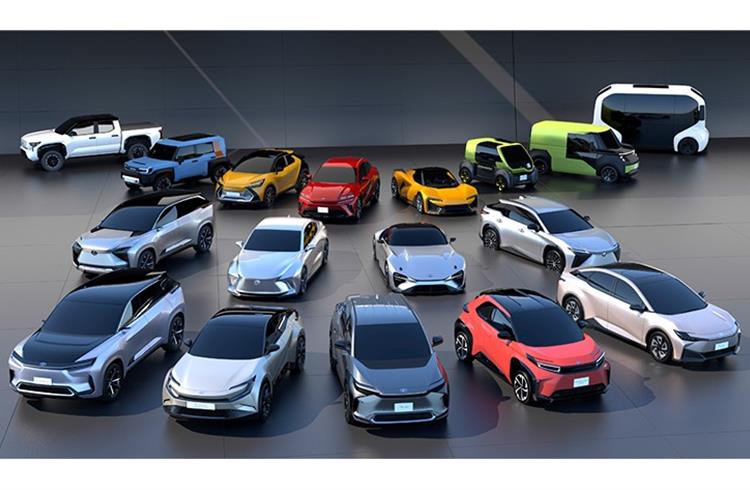 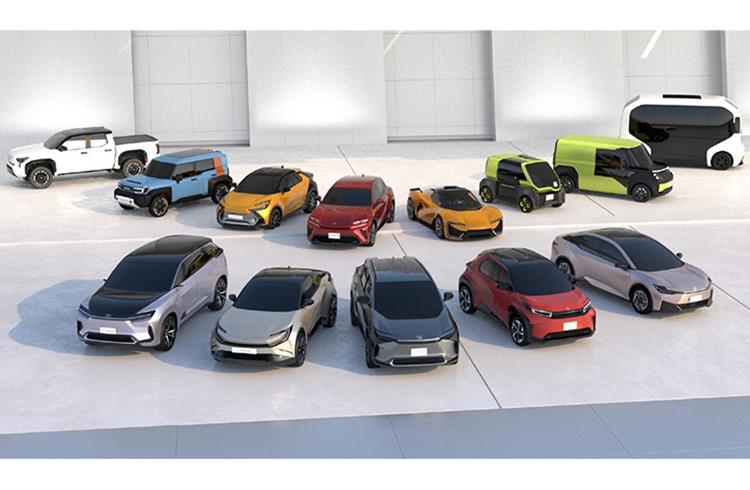 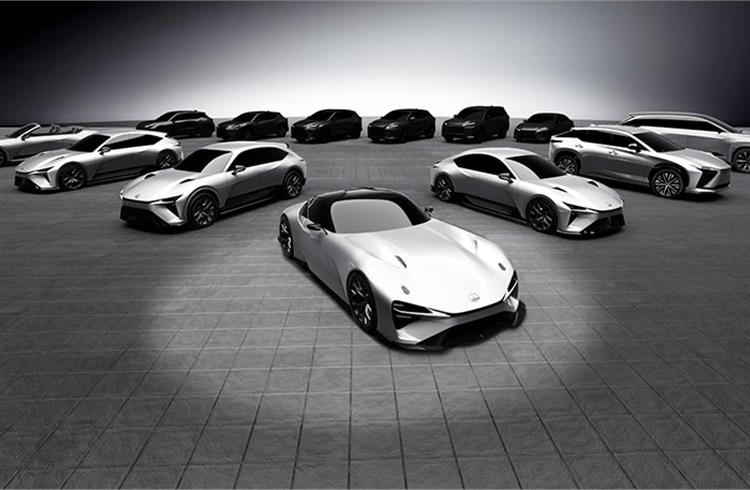 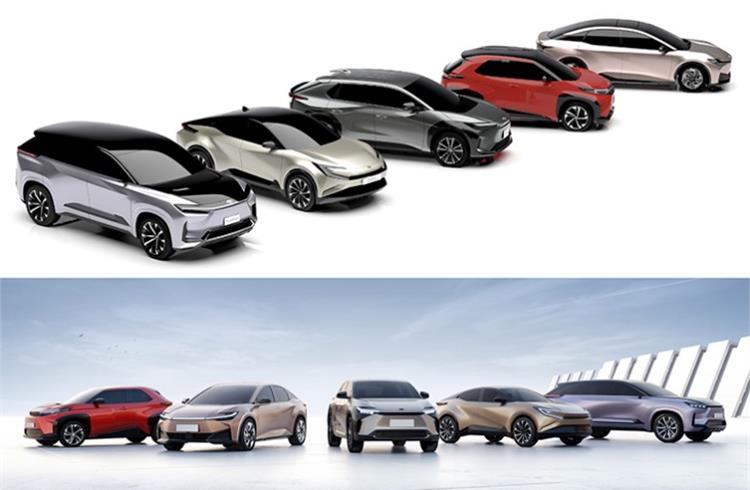 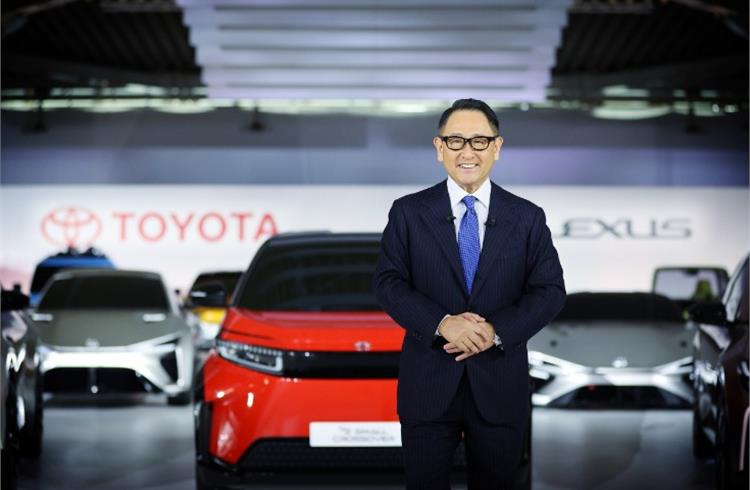 Toyota president Akio Toyoda: “We plan to roll out 30 battery EV models by 2030, globally offering a full line-up of battery EVs in the passenger and commercial segments.”

Toyota president Akio Toyoda has unwrapped no less than 15 wildly diverse concepts for upcoming Toyota and Lexus electric cars, as he detailed plans for the two firms to launch a total of 30 battery EVs by 2030.

The machines – shown alongside Toyota's first bespoke EV, the bZ4X – include a range of new SUVs, commercial vehicles, off-roaders and a Lexus LFA-inspired supercar.

Revealing a bold strategy for the two firms to sell some 3.5 million battery-electric cars by 2030, Toyoda explained that "we need to reduce emissions as much as possible, as soon as possible," and the brands will "expand options for carbon-neutral vehicles", which run on 'clean' energy. 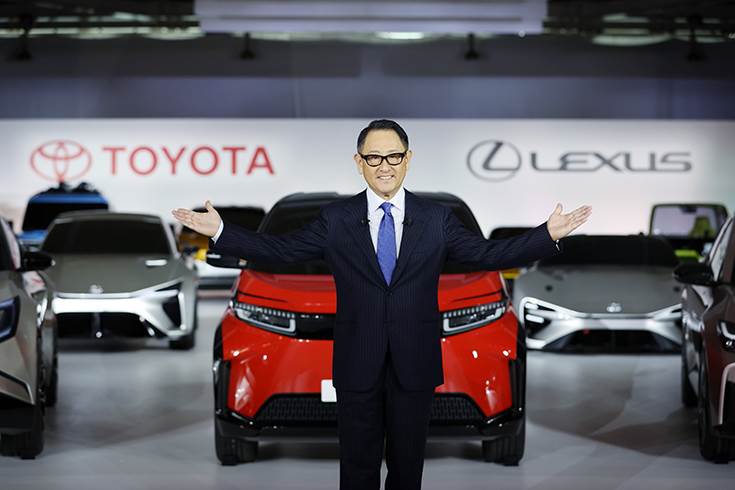 Akio Toyoda: “We plan to roll out 30 battery EV models by 2030, globally offering a full line-up of battery EVs in the passenger and commercial segments.”

Toyota and Lexus' plan to sell 3.5 million electric cars by 2030, including BEVs and FCEVs, is up from its previous target of 2 million. Toyoda compares this target to Daimler, PSA and other manufacturers with comparable global volumes to Toyota. "A significant volume is what we're talking about here," he said.

He highlighted the disparity between carbon-neutral and carbon-reducing vehicles, emphasising that the source of the energy used to run the company's EVs is one of the most important factors in the strategy. Toyota and Lexus, he said, will achieve carbon neutrality by 2035. 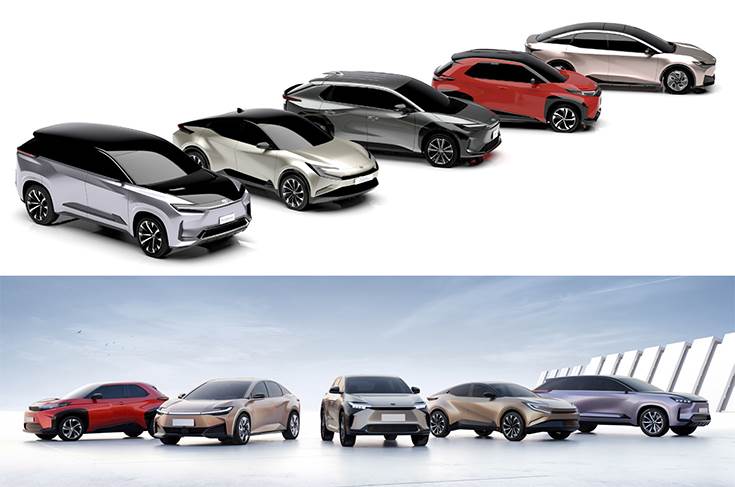 First, he showed concepts for the bZ-badged EVs which will follow its new bZ4X SUV onto market in the near future: a compact SUV with "a beautiful silhouette", an Aygo X-inspired urban SUV designed for Japan and Europe, a mid-sized saloon "which meets expectations for a first car" and a full-sized SUV.

These are the firm's "reasonably priced" mass-production models, but a further 11 models unveiled highlight the diversity of Toyota and Lexus's planned EVs; alongside small commercial urban EVs were full-sized off-roaders, a pickup truck and even a pair of supercars.

Some future EVs, according to Toyoda, will be based on existing models, and indeed some of the concepts bear a resemblance to current models, including the Toyota Hilux and Lexus NX, but others will be all-new, bespoke models sitting atop the brand's new e-TNGA EV platform developed with Subaru. 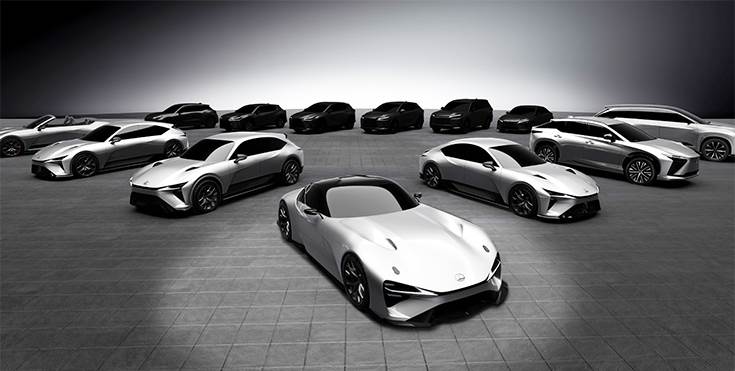 Details on each of these individual models have not so far been forthcoming, but Toyoda revealed that Lexus, in particular, will launch EVs in all segments by 2030, go all-EV in Europe, North America and China by 2030, and ditch combustion completely in 2035.

Lexus will launch its first bespoke EV, the RZ crossover, in 2022, using the same e-TNGA architecture as the Toyota bZ4X and Subaru Solterra. Following that will be a full range of EVs which looks to include, based on the concepts on show, a full-sized SUV in the vein of the RX, an IS-sized saloon and a dedicated supercar.

Little is known about this latter, but its preview serves as a reinforcement of Lexus's ambition to prioritise dynamics and performance in the EV era. Vice president Pascal Ruch previously told Autocar UK: "The Lexus driving signature is something we will continue to stress, because we believe electrification and driving pleasure are not in contradiction. In fact, it’s the opposite: they can go hand in hand."