Shell Eco-Marathon Asia 2019 to be held in Malaysia

Student teams from 12 engineering universities in India will compete in Malaysia to showcase their energy efficient prototypes. 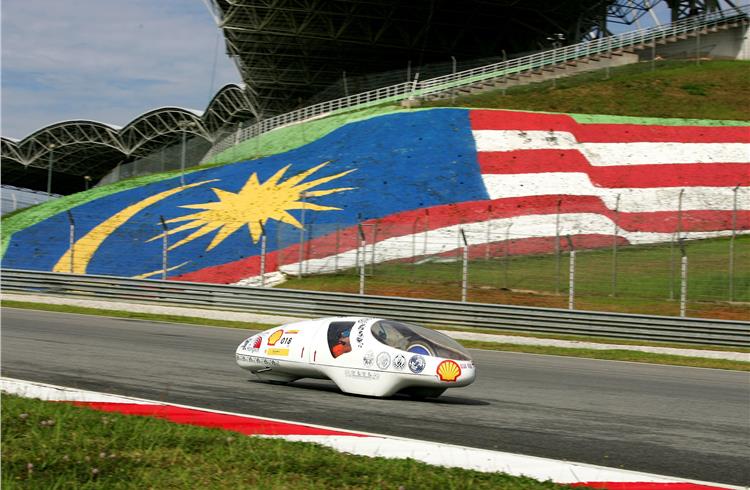 Global energy major Shell announced that its marquee event Shell Eco Marathon will see its Asia leg to be hosted in Malaysia. The Shell Eco Marathon Asia 2019 is part of its global Make the Future Live programme, and will be held at Sepang International Circuit, Kuala Lumpur.

The Asia competition returns back to where it was first held in 2010, and celebrates its 10th year of challenging bright young student minds to design and build ultra-energy-efficient cars, and then take them out on the track in competition.

The event will be held from April 29 to May 2, with over100 teams from all over Asia and the Middle East test their self-built energy-efficient cars in the Shell Eco-marathon Mileage Challenge, to see who can go the farthest using the least amount of energy. In 2018 Singapore hosted the event, where the winning team was efficient enough to travel 2,341 kilometres – about the distance from Malaysia to Yangon, Myanmar – on just one litre of fuel.

“Shell Malaysia is proud to host the 10th Shell Eco-marathon Asia at our home ground. It is an inspiring event that supports Shell’s vision of sustainable mobility - more energy efficient vehicles and cleaner road transport.  It’s really impressive to see student teams pitting their skills against their cohorts from different countries to see who can design and build the most fuel-efficient vehicle,” explained Iain Lo, chairman of Shell Malaysia.

The student teams will also have the opportunity to qualify for the Shell Eco-marathon Drivers’ World Championship. The programme was introduced to the Shell Eco Marathon in 2016,  which challenges the best Urban Concept teams to combine the proven energy efficiency of their car with the speed and skill of their driver, in a race to see who can cross the finish line first on the least amount of fuel. The qualified teams will go to London for a chance to compete with teams from Europe and the Americas. In 2018, ITS Team 2 from Indonesia’s Institut Teknologi Sepuluh Nopember Surabaya was crowned the ultimate global winner of the Drivers’ World Championship, the second Asian team to win in the three years the competition has been running.

The Team Averera from IIT-BHU recently won the first edition of the Make the Future India 2018 and achieved an astounding 362.5 km/kWh in the Prototype Battery Electric Category.  Other teams from DTU, Sir M Visvesvaraya Institute of Technology and VIT University who participated in Make the Future India 2018 will also be representing the country in the Asia chapter of SEM this year.