Spanish carmaker to become a shareholder of JAC Volkswagen, which will result in the introduction of the Seat brand in the Chinese market by 2020-2021. 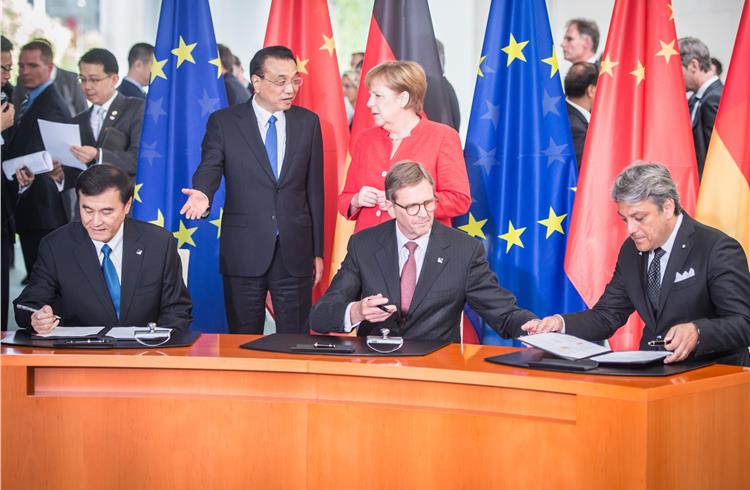 Spanish carmaker Seat is heading to China, the latest move in its strategy to go global. Volkswagen Group China and Anhui Jianghuai Automobile Group Corp (JAC), the partners in the JAC Volkswagen Automotive Co joint venture, and Seat have signed a Memorandum of Understanding by way of which the Spanish company teams up with the joint venture and will be the Volkswagen Group’s lead brand in this project.

The signing of this Memorandum of Understanding signals a turning point for Seat. Since the creation of the joint venture in 2017, Seat has contributed in the areas of design and R&D. Under the agreement, Seat will become a shareholder of JAC Volkswagen, which will result in the introduction of the Seat brand in the Chinese market by 2020-2021.

After signing the agreement, Seat president Luca de Meo said: “Our participation in this new phase of the joint venture is a milestone for Seat. Today will be remembered in the history of the company, as we are entering a new era that will enable us to globalise the brand and boost the development of electric vehicles. China offers many opportunities for Seat and we are going to contribute mobility solutions to suit the needs of customers. This is also a chance for us to learn from the future trends that are developing in China.”

R&D centre planned
The memorandum of understanding also includes an agreement that Seat, together with Volkswagen Group China and JAC, will establish an R&D centre in China to develop electric vehicles, connectivity and autonomous driving technologies, including relevant parts and components and core technologies, with operational use planned for 2021. In addition, the joint venture will launch a competitive BEV platform based.

Seat is the only company that designs, develops, manufactures and markets cars in Spain. A member of the Volkswagen Group, the multinational has its headquarters in Martorell (Barcelona), exporting 80 percent of its vehicles, and is present in over 80 countries. In 2017, the company had an after tax profit of 281 million euros and achieved worldwide sales of nearly 470,000 vehicles.

The Seat Group employs more than 15,000 professionals and has three production centres – Barcelona, El Prat de Llobregat and Martorell, where it manufactures the Ibiza, Leon and Arona. Additionally, the company produces the Ateca and the Toledo in the Czech Republic, the Alhambra in Portugal and the Mii in Slovakia.