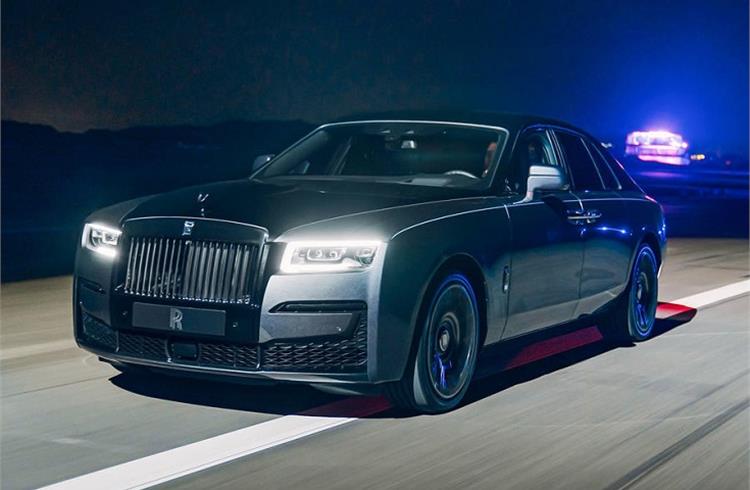 Rolls-Royce sold the most cars in its 117-year history in 2021, boosting volumes 49% year on year and reporting record sales in most markets.

The luxury marque sold 5586 cars globally last year, 1836 more than in 2020, when the coronavirus pandemic had a near-universal impact on car manufacturers, and 461 more than the previous record set in pre-pandemic 2019.

It is the highest volume recorded by the Goodwood firm since it was founded as Rolls-Royce Limited in 1906, which it attributes to "all-time record sales in most regions" and high demand for each of its five current models.

Precise figures for each car have not been released, but Rolls-Royce says growth "has been driven principally" by the Ghost saloon – its newest model – and bolstered by the launch of the more dynamically oriented Ghost Black Badge in October.

The firm also reports steady sales of the larger Phantom and its Cullinan SUV sibling, and has orders running "well into" the third quarter of 2022. Its Goodwood factory is running at maximum capacity, on a two-shift pattern, to fulfil these orders. Current lead times are put at around one year.

Data sourced by Autocar UK reveals that the Cullinan was the most popular model in the UK, with 128 units sold, while the firm sold 88 Ghosts, 41 Wraiths, 33 Dawns and 23 Phantoms in its home market, for a total of 313 sales.

Sales of pre-owned Rolls-Royce models under the Provenance banner also hit a high, while orders for bespoke commissions in the vein of the Phantom Oribe and Phantom Tempus "remain at record levels". Rolls-Royce revealed the outlandish, £20 million Boat Tail in 2021 as a statement of intent for its dedicated Coachbuild division, which is expected to produce a highly exclusive and totally bespoke new model every two years.

Also in 2021, Rolls-Royce gave the first details of its debut EV, the Spectre coupé, due towards the end of 2023. On-road development tests got under way recently, outing the overall final design of the all-electric coupé, and by the time of its reveal, the Spectre will have undergone more than 1.5 million miles of testing - the equivalent of 400 years of use, Rolls-Royce says.

CEO Torsten Muller-Otvos called the 2021 sales figures "hugely encouraging as we prepare for the historic launch of Spectre".

He also hinted at expansions into completely new sectors for Rolls-Royce: "Building on this year's success, we will continue to evolve as a true luxury brand, beyond the realms of automotive manufacturing.” Details of this evolution are expected in the coming months.