Road fatalities in India twice the number officially reported: WHO

While India reported 150,785 deaths on the back of road fatalities, WHO estimates 299,091 people lost their lives. 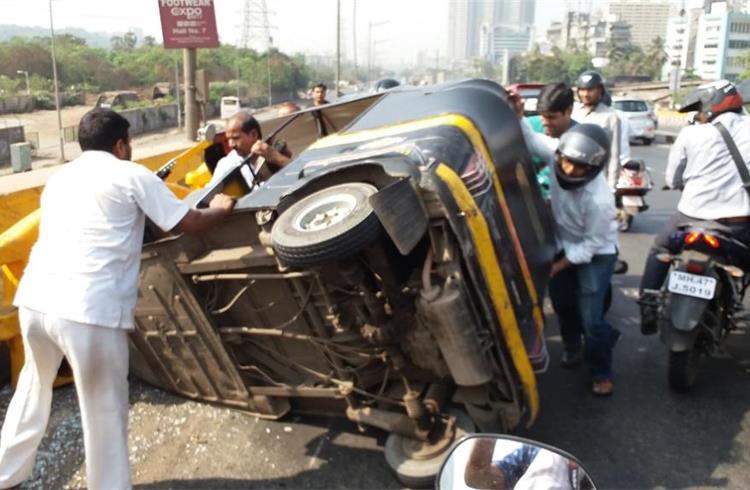 The latest report by the World Health Organisation (WHO) reveals that road traffic injuries continue to be the leading cause of deaths worldwide, especially among children and young adults, with an annual 1.35 million fatalities. In fact, the global body estimates that 299,091 lives were lost in 2016, compared to 150,785 reported by the country.

The 2018 WHO Global status report on road safety, released today,  highlights that road traffic injuries are now the leading killer of children and young people aged five to 29 years. “These deaths are an unacceptable price to pay for mobility. There is no excuse for inaction. This is a problem with proven solutions. This report is a call for governments and partners to take much greater action to implement these measures,” said Dr Tedros Adhanom Ghebreyesus, director-general, World Health Organisation.

The 2018 report on road safety documents that despite an increase in the overall number of deaths, the rates of death relative to the size of the world population has stabilised in recent years, suggesting that the existing road safety efforts in some middle- and high-income countries have mitigated the situation.

“Road safety is an issue that does not receive anywhere near the attention it deserves – and it really is one of our great opportunities to save lives around the world. We know which interventions work. Strong policies and enforcement, smart road design, and powerful public awareness campaigns can save millions of lives over the coming decades,” said Michael R Bloomberg, founder and CEO of Bloomberg Philanthropies and WHO global ambassador for non-communicable diseases and Injuries.

The global body finds that in the settings where progress has been made, it is largely attributed to better legislation around key risks such as speeding; drinking and driving; failing to use seatbelts; motorcycle helmets and child restraints; safer infrastructure like sidewalks and dedicated lanes for cyclists and motorcyclists; improved vehicle standards such as those that mandate electronic stability control and advanced braking; and enhanced post-crash care.

On the other hand, since the previous edition of the report, three regions of the world have reported a decline in road traffic death rates: Americas, Europe and the Western Pacific. 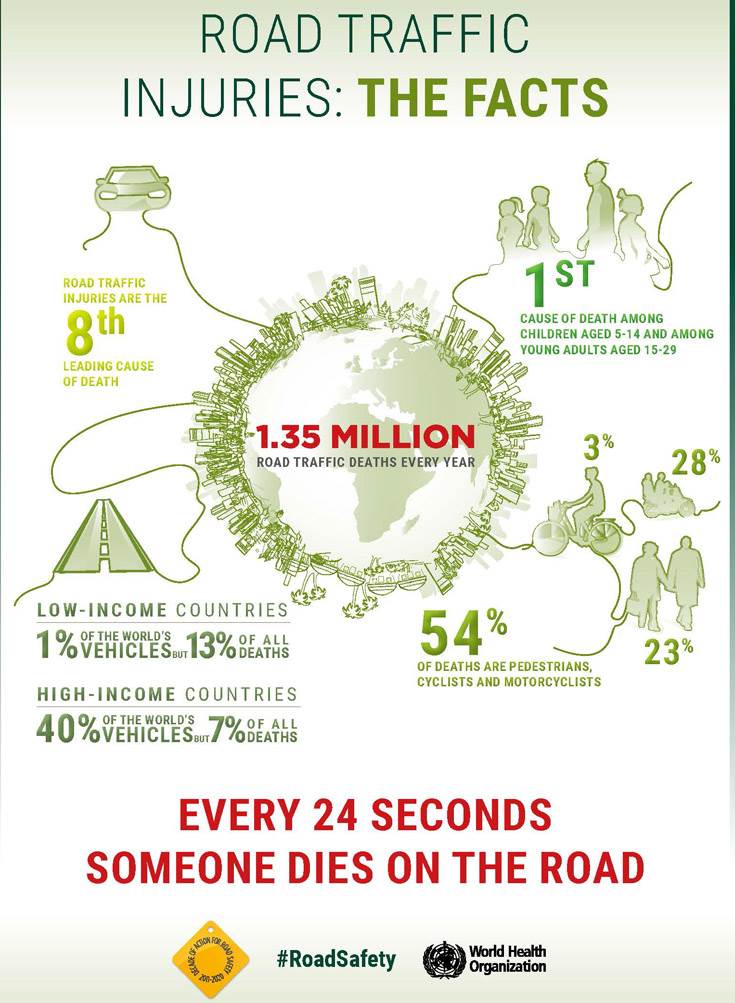 The positive development is that the report finds that the combination of the new regulations and the Global NCAP's 'Safer Cars for India' project is raising consumer demand for key features such as airbags and acting as a strong catalyst for improved safety design by the automobile industry.

It finds that new vehicle models in the country that not only comply with the new standards but also achieve good scores — including a model that achieved four stars in Global NCAP tests that are more stringent. WHO says that the next challenge for India is to accelerate use of electronic stability control which is currently fitted in over 70 percent of new passenger cars worldwide but to less than 10 percent of new cars in India.

Dr Ghebreyesus, said: "In the Sustainable Development Goals, world leaders have committed to halve the number of deaths from road crashes by 2020. This report shows that three years on, far too little progress has been made towards this goal. There is an urgent need to scale up evidence-based interventions and investment. Development is an opportunity for low- and middle-income countries to avoid the costly mistakes made in the past by high-income countries."

Making the future safer
"We need to create cities and transport systems that reduce reliance on cars. We must apply the lessons we have learned about safe road design. With the right leadership and investment, countries can build in the safeguards and best practices to save lives. Experience shows that sustainable road safety must be planned and requires long-term investment and appropriate management capacity for effective delivery. International organisations, donors, public and the private sectors need to work together to make things happen, " added Dr Ghebreyesus.

The report said that the data presented shows that progress has been achieved in important areas such as legislation, vehicle standards and improving access to postcrash care. However, the progress has not occurred at a pace fast enough to compensate for the rising population and rapid motorisation of transport taking place in many parts of the world. At this rate, the Sustainable Development Goals (SDG) target 3.6 to halve road traffic deaths and injuries by 2020 will not be met without drastic action.