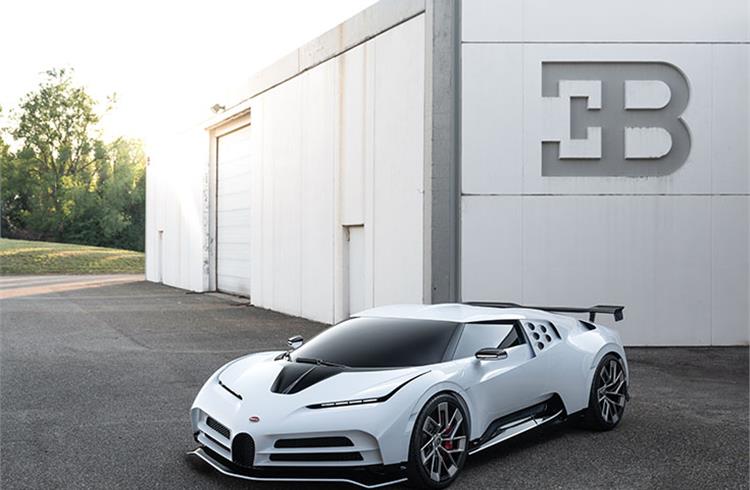 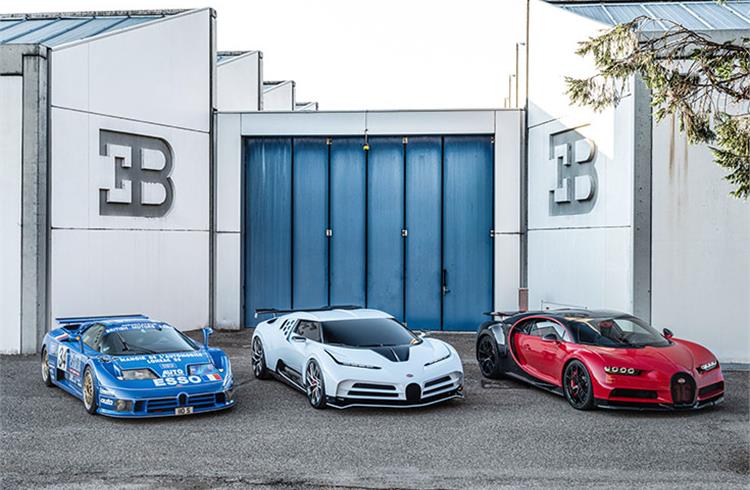 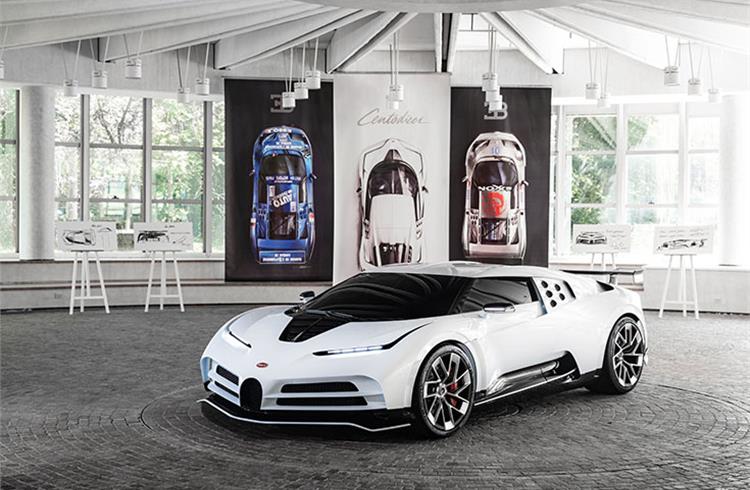 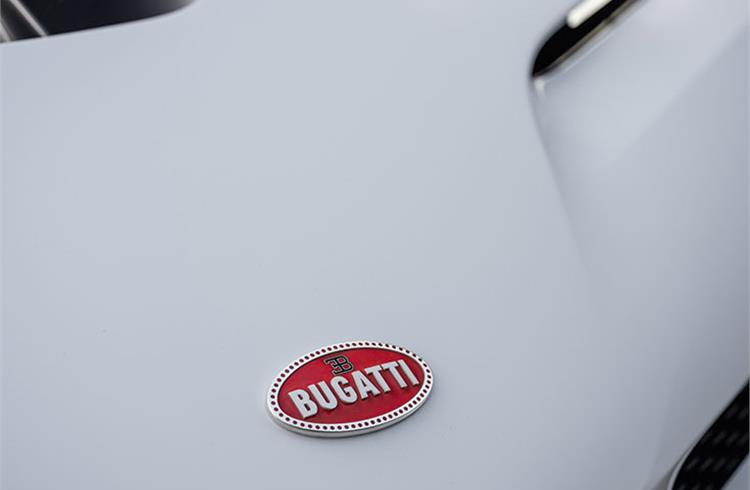 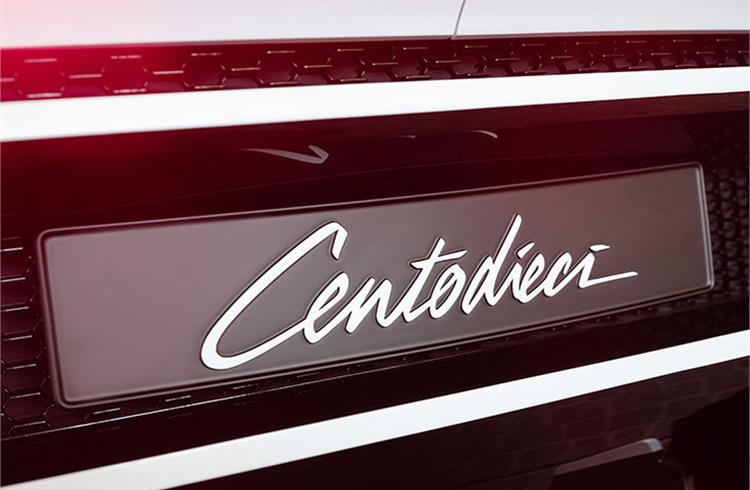 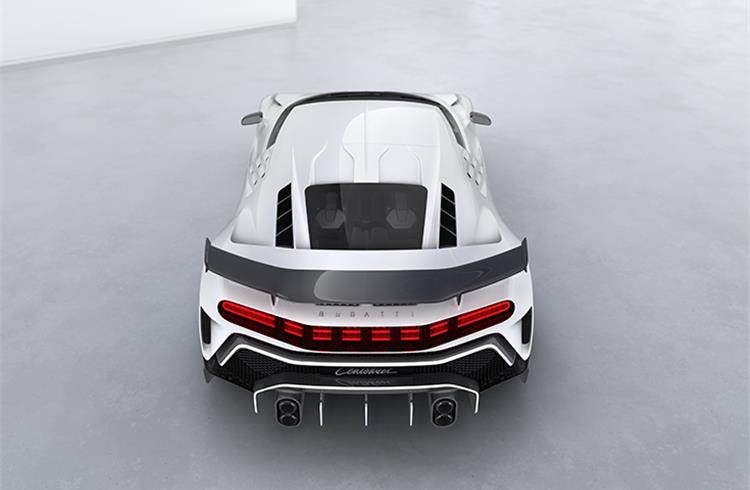 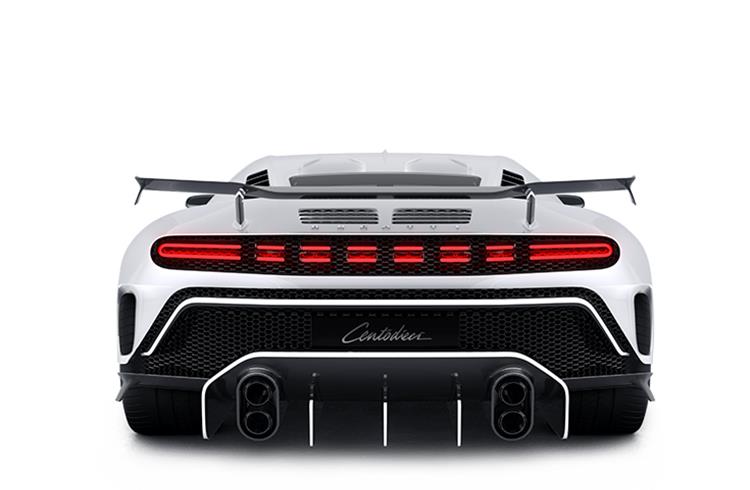 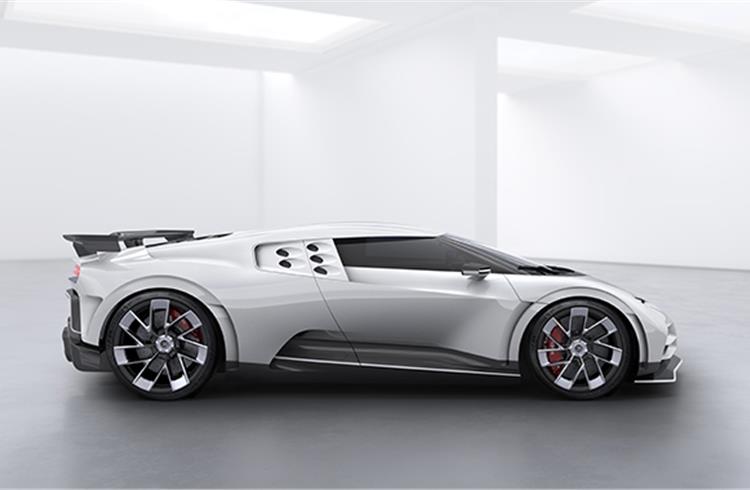 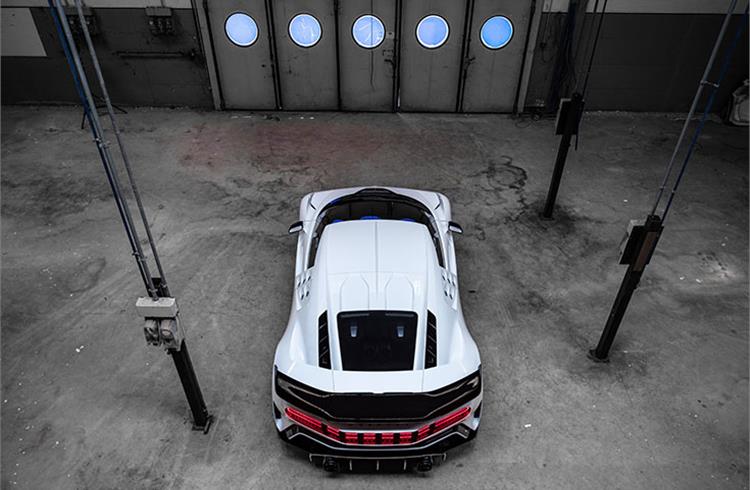 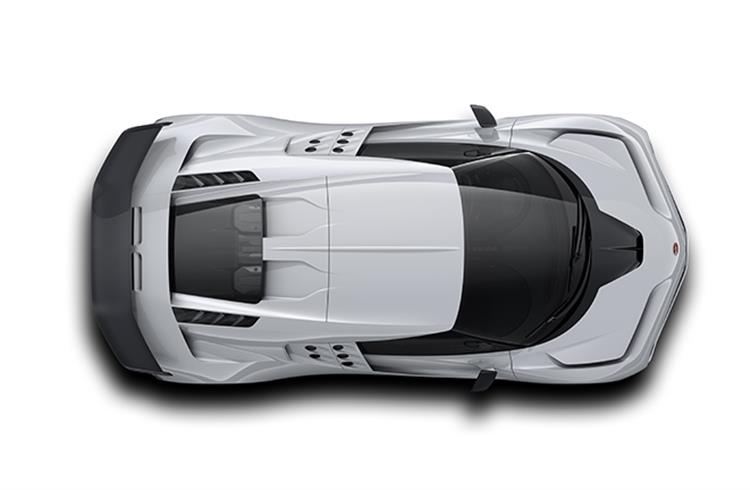 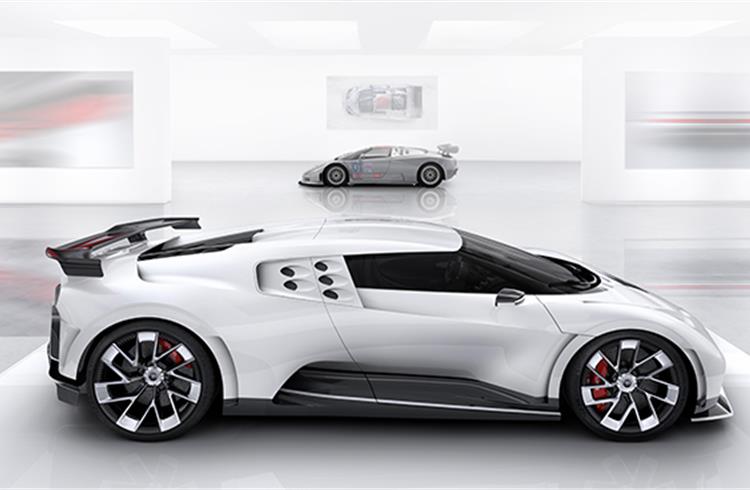 Bugatti has paid homage to the landmark EB110 supercar with the Centodieci, the latest limited-edition model based on the Chiron.

Introduced in 1991, the EB110 was the first car launched by Bugatti following its revival by Italian businessman Romano Artioli. While not a commercial success, with just 118 examples made before Bugatti went bankrupt in 1995, it did signpost the future direction of the firm after it was bought by the Volkswagen Group in 1998.

Revealed at Pebble Beach, the Centodieci – meaning 110 in Italian – features a number of elements inspired by the EB110, including a similar grille design, a windscreen that wraps around an invisible A-pillar and a five-aperture side air intake. 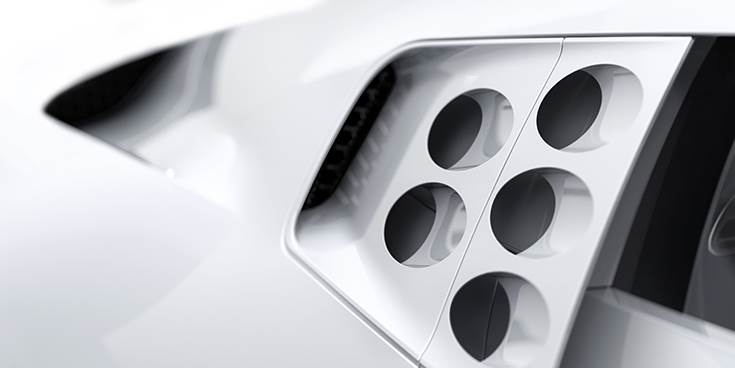 “We think [the EB110] should not be forgotten. It was the start of a trilogy [preceding the Chiron and Veyron],” Bugatti design director Achim Anscheidt told Autocar UK.

Like the Divo that was shown at Pebble Beach last year, the Centodieci will offer a more exclusive take on the Chiron’s mechanical package. It uses the same 8.0-litre quad-turbocharged W16 engine, tuned to deliver 1577bhp – up from the Chiron’s 1478bhp. Bugatti also claims a 20kg weight reduction.

Aerodynamic changes include a sizeable rear wing, with Bugatti claiming peak downforce of 90kg. That is relatively modest by hypercar standards but, like other Bugattis, the Centodieci is designed for high-speed stability rather than track pace. The firm claims the Centodieci can deliver similar lateral acceleration to that of the Divo.

The Centodieci will be considerably more expensive than the Chiron. Just 10 will be built, with the price starting at £7.4 million before tax. All were sold before the car was officially revealed. 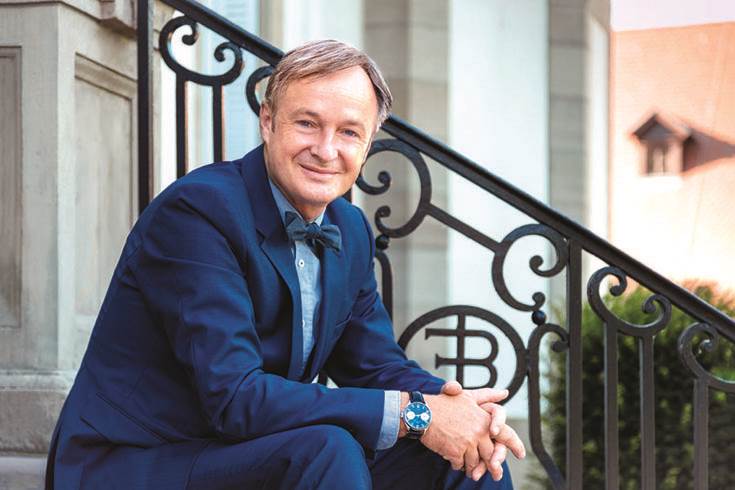 Where did you draw most inspiration from?
“The EB110 has the classic wedge shape of a supercar at that time. If you look at the side profile of the Centodieci, you see this kind of wedge line implemented into the car, also the wraparound windshield and the narrow eye face.”

Will limited editions be a continuing part of the Bugatti strategy?
“When [boss] Stefan Winkelmann joined, he initiated the possibility of one-off and few-off development using the technical basis of the Chiron. That was liberating. We have done the Divo, La Voiture Noire and now this. In the design department, we always thought the EB110 was a supercar that deserves not to be forgotten.”

Should we expect other historical cars to serve as inspiration for future projects?
“We have no shortage of inspiration, but the strategy of a design department should not only be triggered by history. We love these projects, but we must also do projects where we look forward.”

The EB110: mindblowing performance, poor timing
The EB110 had a troubled gestation. Bugatti boss Romano Artioli wasn’t happy with Marcello Gandini’s original wedge design, roping in architect Giampaolo Benedini for the finished version. With a carbonfibre monocoque and all-wheel drive, it was powered by a 60-valve V12 engine producing 553bhp – at the time bettered only by the McLaren F1.