Chalmers University of technology has developed a sensor that is claimed to be the first of its kind to meet the future performance targets for use in hydrogen-powered vehicles. 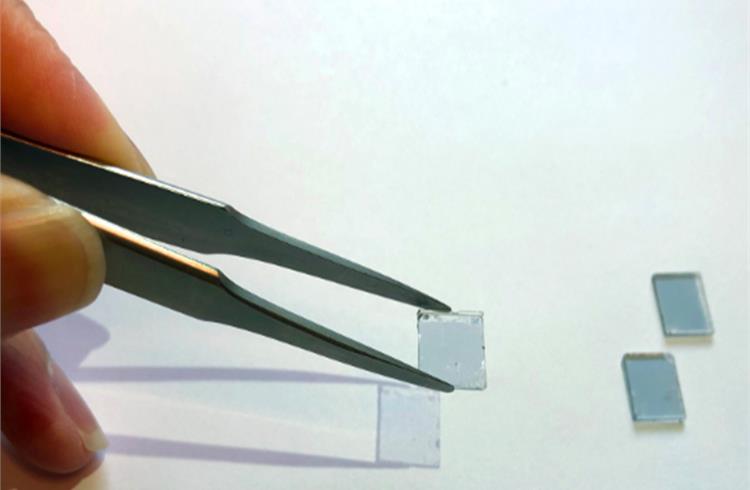 Chalmers University of technology, Sweden claims to have developed the first hydrogen sensors ever to meet the future performance targets for use in hydrogen-powered vehicles. Hydrogen is a clean and renewable energy carrier that can power vehicles, with water as the only emission. Unfortunately, hydrogen gas is highly flammable when mixed with air, so very efficient and effective sensors are needed.

The article titled ‘Metal - Polymer Hybrid Nanomaterials for Plasmonic Ultrafast Detection’ is written by Ferry Nugroho, Iwan Darmadi, Lucy Cusinato, Anders Hellman, Vladimir P. Zhdanov and Christoph Langhammer. The results have been developed in collaboration with Delft Technical University in the Netherlands, the Technical University of Denmark and the University of Warsaw, Poland. Published in the prestigious scientific journal Nature Materials, the discovery is basically an optical nanosensor encapsulated in a plastic material. The sensor works based on an optical phenomenon – a Plasmon - which occurs when metal nanoparticles are illuminated and capture visible light. The sensor simply changes colour when the amount of hydrogen in the environment changes. 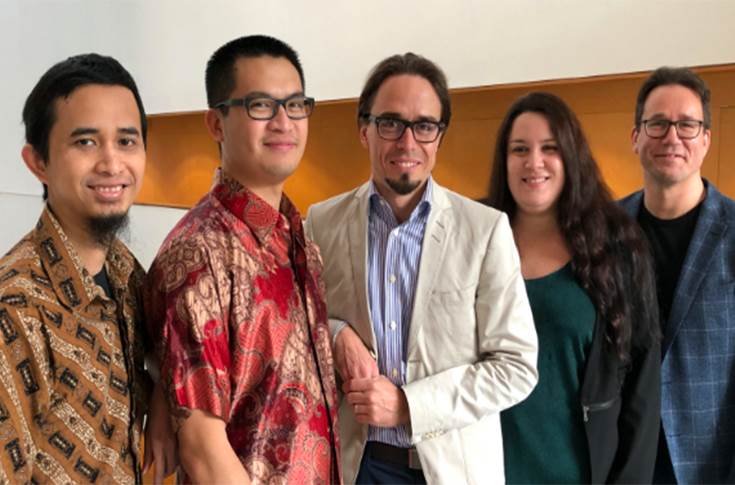 According to the papers submitted by the university, the plastic around the tiny sensor is not just for protection, but functions as a key component. It increases the sensor’s response time by accelerating the uptake of the hydrogen gas molecules into the metal particles where they can be detected. At the same time, the plastic acts as an effective barrier to the environment, preventing any other molecules from entering and deactivating the sensor. The sensor can, therefore, work both highly effective and undisturbed, enabling it to meet the rigorous demands of the automotive industry – to be capable of detecting 0.1 percent hydrogen in the air in less than a second.

Ferry Nugroho, a researcher at the Department of Physics at Chalmers said, “We have not only developed the world's fastest hydrogen sensor, but also a sensor that is stable over time and does not deactivate. Unlike today's hydrogen sensors, our solution does not need to be recalibrated as often, as it is protected by the plastic.” 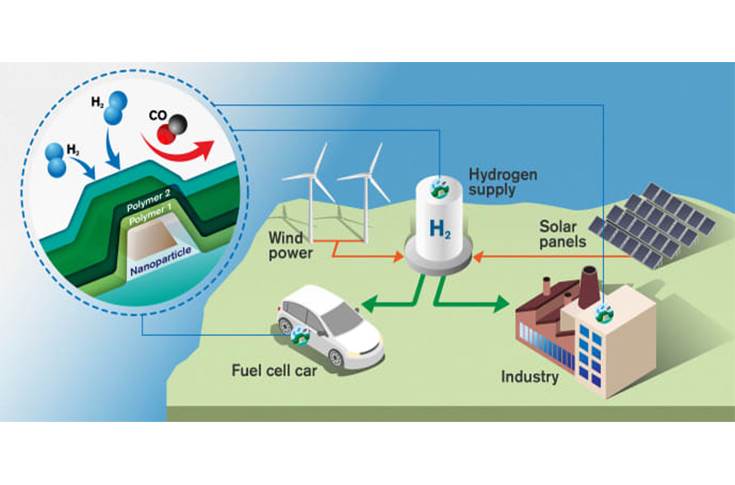 Fast and accurate sensors are crucial in a sustainable society where hydrogen is an energy carrier. Hydrogen gas is produced by splitting water with the help of electricity that has been produced with wind power or solar cells. The sensors are needed both when the hydrogen is produced and when it is used, for example in cars powered by a fuel cell. To avoid the formation of flammable and explosive “knallgas” when hydrogen is mixed with air, the hydrogen sensors need to be able to quickly detect leaks.  ​Illustration: Yen Strandqvist

It was during his time as a PhD student that Ferry Nugroho and his supervisor Christoph Langhammer realised that they were on to something big. After reading a scientific article stating that no one had yet succeeded in achieving the strict response time requirements imposed on hydrogen sensors for future hydrogen cars, they tested their own sensor. They realised that they were only one second from the target – without even trying to optimise it. The plastic, originally intended primarily as a barrier, did the job better than they could have imagined, by also making the sensor faster. The discovery led to an intense period of experimental and theoretical work.

Ferry adds, “In that situation, there was no stopping us. We wanted to find the ultimate combination of nanoparticles and plastic, understand how they worked together and what made it so fast. Our hard work yielded results. Within just a few months, we achieved the required response time as well as the basic theoretical understanding of what facilitates it.”

Detecting hydrogen is challenging in many ways. The gas is invisible and odourless, but volatile and extremely flammable. It requires only four percent hydrogen in the air to produce oxyhydrogen gas, sometimes known as knallgas, which ignites at the smallest spark. In order for hydrogen cars and the associated infrastructure of the future to be sufficiently safe, it must, therefore, be possible to detect extremely small amounts of hydrogen in the air. The sensors need to be quick enough that leaks can be rapidly detected before a fire occurs.

Christoph Langhammer, Professor at Chalmers Department of Physics says, “It feels great to be presenting a sensor that can hopefully be a part of a major breakthrough for hydrogen-powered vehicles. The interest we see in the fuel cell industry is inspiring.”

Although the aim is primarily to use hydrogen as an energy carrier, the sensor also presents other possibilities. Highly efficient hydrogen sensors are needed in the electricity network industry, the chemical and nuclear power industry, and can also help improve medical diagnostics.

Christoph adds, “The amount of hydrogen gas in our breath can provide answers to, for example, inflammations and food intolerances. We hope that our results can be used on a broad front. This is so much more than a scientific publication.”

In the long run, the hope is that the sensor can be manufactured in series in an efficient manner, for example using 3D printer technology.