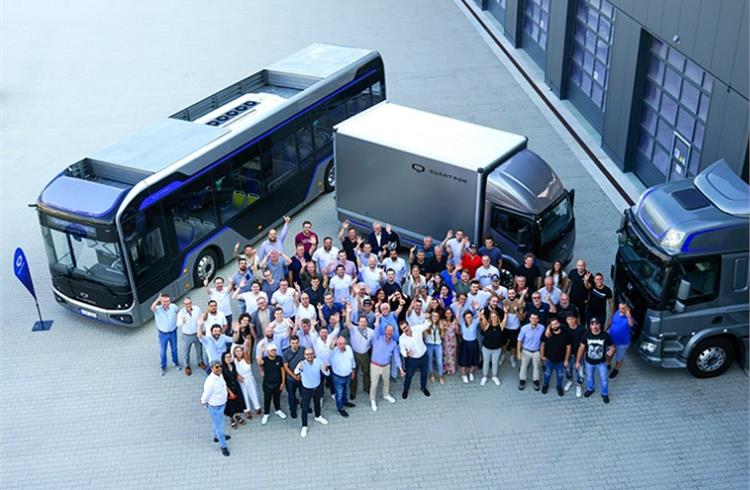 Quantron, founded in 2019, now has a workforce of more than 110 employees from 14 nationalities including North America, Middle East and Asia. 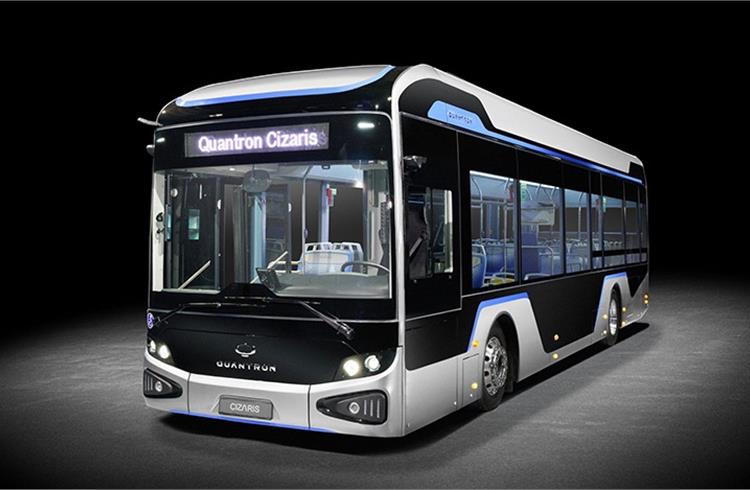 All-electric passenger-transporting Quantron Cizaris 12 EV is attracting international interest. It has has a range of up to 370km. 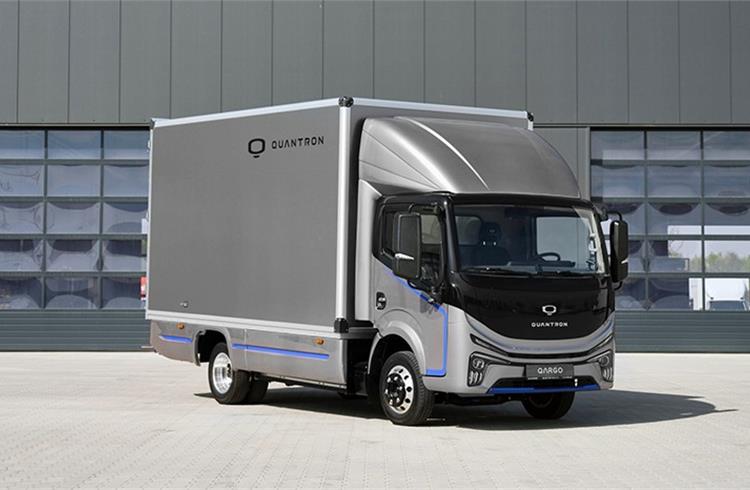 All-electric light transporter Qargo 4 EV, which has a range of up to 350 km and a payload of 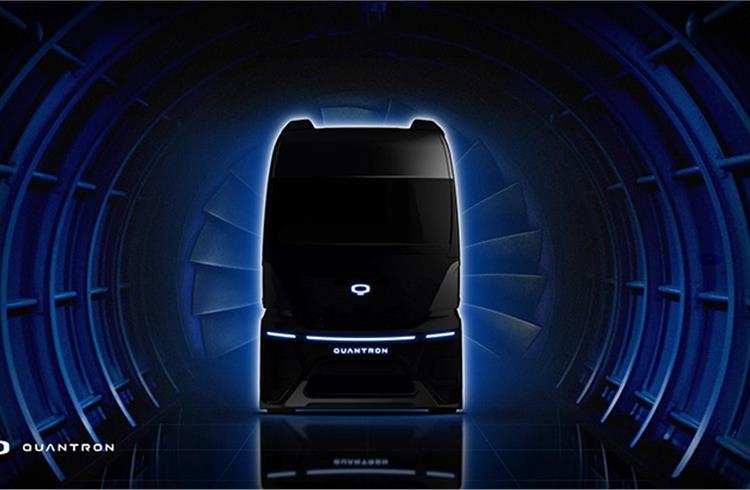 Quantro’s FCEV heavy-duty EU truck is to have its world premiere at the IAA in Hanover this September. 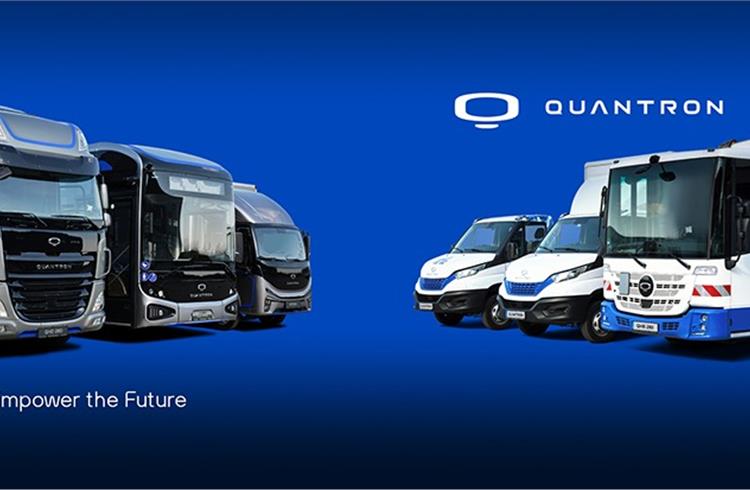 Quantron, a system provider of sustainable battery-electric and hydrogen-electric e-mobility for commercial vehicles such as trucks, buses and vans, has reported strong growth in the first half of CY2022.

The company says, despite the current challenges in the supply chain sector, it was able to increase sales in January-June this year by more than 360 % compared to H1 CY2021.

This growth, according to Quantron is “mainly due to the fact that the e-mobility experts from Germany, in addition to converting used or new commercial vehicles to emission-free drives, are introducing their own models to the market as OEMs. One of the zero-emission fleet customers is IKEA. The furniture company has ordered around 50 battery-electric light transporters for last-mile deliveries and is already supplying over 300 customers using emission-free Quantron vehicles every day in the greater Vienna area thus saving over 197 tonnes of CO2 annually in this way. Other new customers are logistics and disposal companies such as Ansorge, Breitsamer, DORR as well as the Knorr-Bremse Group from Munich, the world market leader for braking systems for rail and commercial vehicles.” 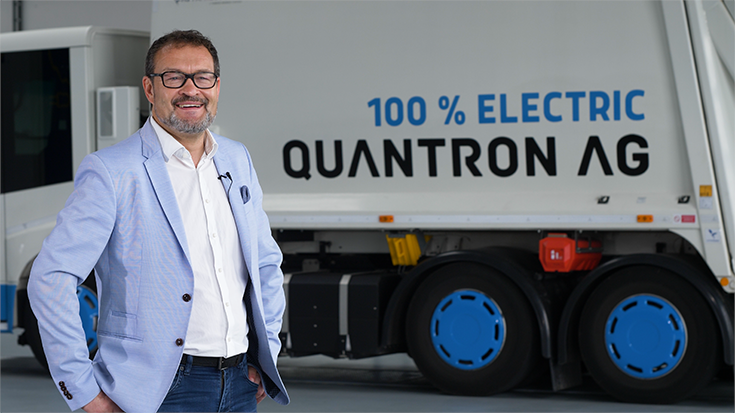 Michael Perschke: "Demand for zero-emission CVs has increased significantly during the past six months. We have served over 500 customer enquiries across Europe with concrete offers."

“Demand for zero-emission commercial vehicles has increased significantly during the past six months. At Quantron alone, we have served more than 500 customer enquiries across Europe with concrete offers,” said Michael Perschke, CEO of Quantron AG. “In Germany, however, the market is blocked by the current funding practice. After the second call for financial support for commercial vehicles with alternative drives was extended once again until 24th August, companies and municipalities are waiting to place their orders in order to have certainty regarding the amount of the financial support. The current funding practice therefore acts as an investment barrier and is shifting purchasing decisions and thus also the emission-reducing effects to 2023,” Perschke added.

As a result, Quantron does not expect a significant increase in sales until 2023, partly due to the heavy truck offensive with BEV and FCEV drive concepts. Despite these obstacles and the geopolitical challenges, the company´s management is confident of being able to achieve the 2022 target of 20 to 25 million euros. 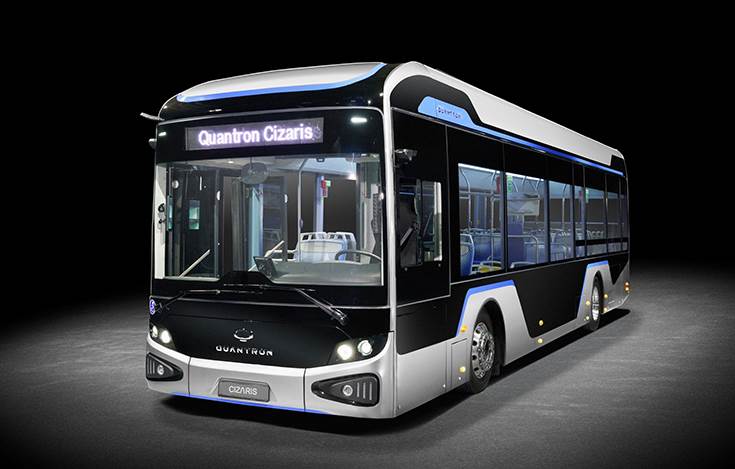 All-electric passenger-transporting Quantron Cizaris has a range of up to 370km.

Comprehensive product pipeline
In addition to converting used or new commercial vehicles to emission-free drives, Quantron develops its own commercial vehicles as an OEM. Its Cizaris 12 EV for transporting passengers is attracting international interest. The all-electric bus, which has a range of up to 370km, is already available in northern and southern Europe, and will also be available in various versions for the DACH region from January 2023 onwards. The FCEV model is currently under development and homologation

In the freight transport sector, Quantron has the in-house developed, fully-electric light transporter Qargo 4 EV. With a range of up to 350 km as well as accommodating a payload of 2,300 kg, the zero-emission vehicle is designedfor last-mile deliveries.

While it offers all-electric vehicles for inner-city or short-distance use, the company says it relies on green hydrogen as the most efficient fuel solution for long-distance and heavy-duty operations with high payloads. In cooperation with Ballard Power Systems, world market leader in the development of fuel cells, several hydrogen-powered vehicles have been developed including an FCEV heavy-duty truck (40-60t) that will have its world premiere at the IAA Transportation in September.

Meanwhile, the Quantron team has also grown in tandem with the economic development during the first six months of this year. The company, founded in 2019, now has a workforce of more than 110 employees from 14 nationalities including North America, Middle East and Asia. Over 50% of these work in the technical R&D and product areas.