Nissan CEO Hiroto Saikawa says FCA-Renault merger proposal which, if realised, would significantly alter the structure of Nissan’s partner Renault. This would require a fundamental review of the existing relationship between Nissan and Renault. 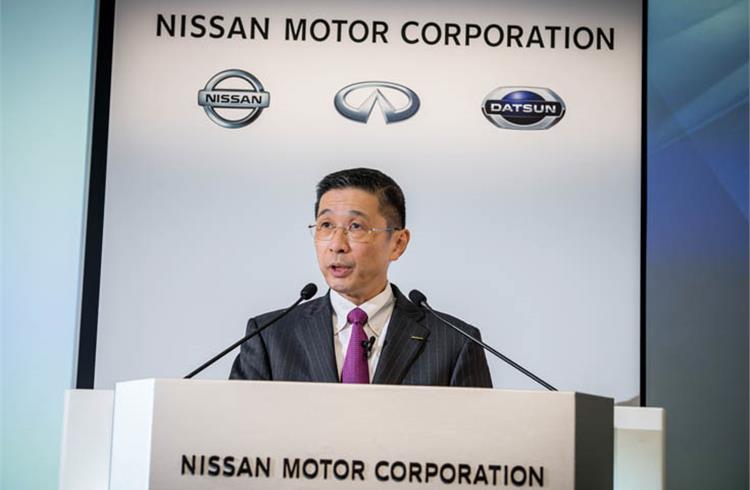 A week after Fiat Chrysler Automobiles made its proposal to Renault for a combination of their respective businesses as a 50/50 merger, Nissan’s CEO Hiroto Saikawa has issued a statement regarding the FCA-Renault merger proposal.

The FCA proposal follows initial operational discussions between FCA and Renault to identify products and geographies where they could collaborate, particularly as they develop and commercialise new technologies. According to FCA, broader collaboration between the two OEMs would substantially improve capital efficiency and the speed of product development, more so in a technologically disruptive era to take bold decisions to capture at scale the opportunities created by the transformation of the auto industry in areas like connectivity, electrification and autonomous driving.

The proposed combination would create a global automaker, preeminent in terms of revenue, volumes, profitability and technology, benefitting the companies’ respective shareholders and stakeholders. The combined business would sell approximately 8.7 million vehicles annually, would be a world leader in EV technologies, premium brands, SUVs, pickup trucks and light commercial vehicles and would have a broader and more balanced global presence than either company on a standalone basis.

Renault has released a statement confirming that "after careful review of the terms of FCA’s friendly proposal, the Board of Directors decided to study with interest the opportunity of such a business combination, comforting Groupe Renault’s manufacturing footprint and creating additional value for the Alliance".

If the two firms did take a stake in each other in a 50/50 merger, it would be similar to the agreement between Renault and Nissan that led to the creation of the Alliance between the two firms, spearheaded by Carlos Ghosn, who served as chairman of both companies.

The future of the Alliance is currently the subject of talks between the two car makers following Ghosn’s arrest in Japan on financial fraud charges.

What the Nissan CEO has to say
The statement from Nissan CEO Hiroto Saikawa reads: "I am aware that FCA’s merger proposal will be discussed by Renault’s board this week. I believe that the potential addition of FCA as a new member of the Alliance could expand the playing field for collaboration and create new opportunities for further synergies.

That said, the proposal currently being discussed is a full merger which — if realised — would significantly alter the structure of our partner Renault. This would require a fundamental review of the existing relationship between Nissan and Renault.

From the standpoint of protecting Nissan’s interests, Nissan will analyse and consider its existing contractual relationships and how we should operate business in the future."

Analysis: The risks of a Renault-FCA partnership