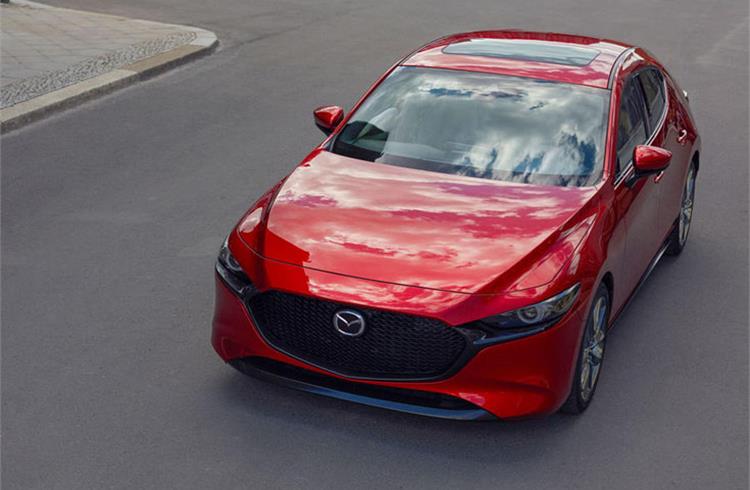 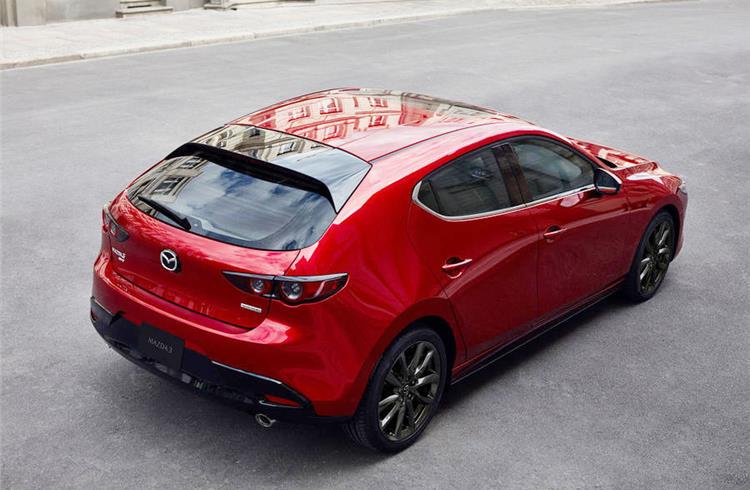 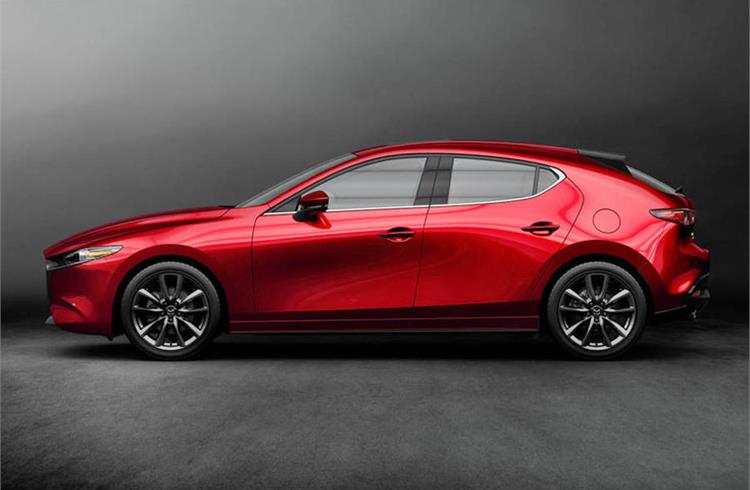 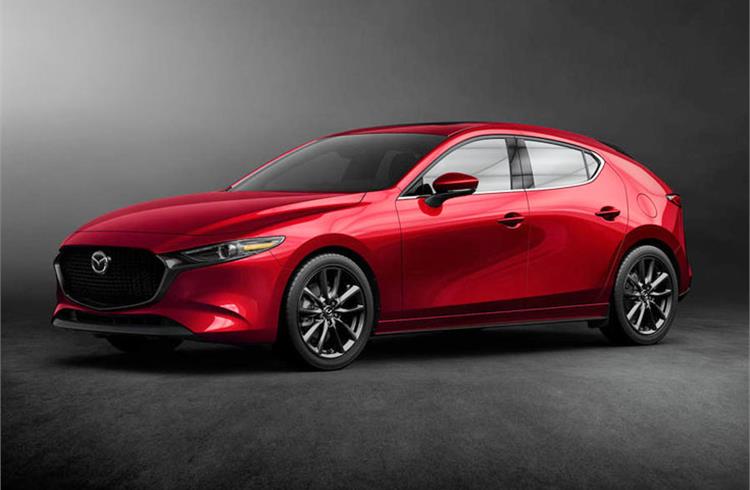 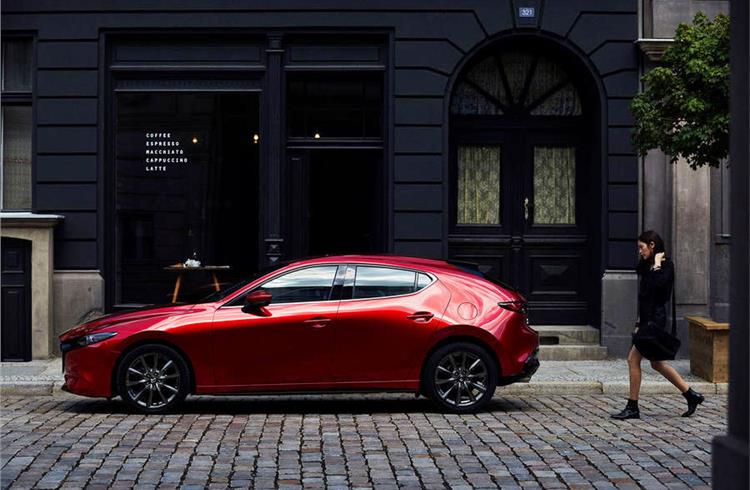 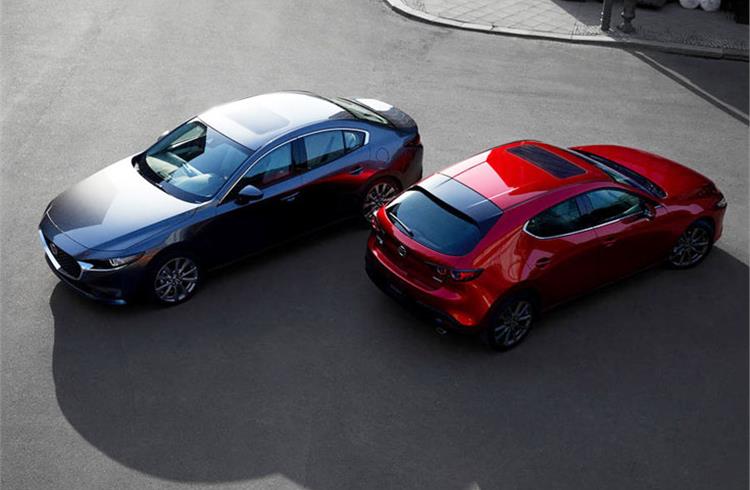 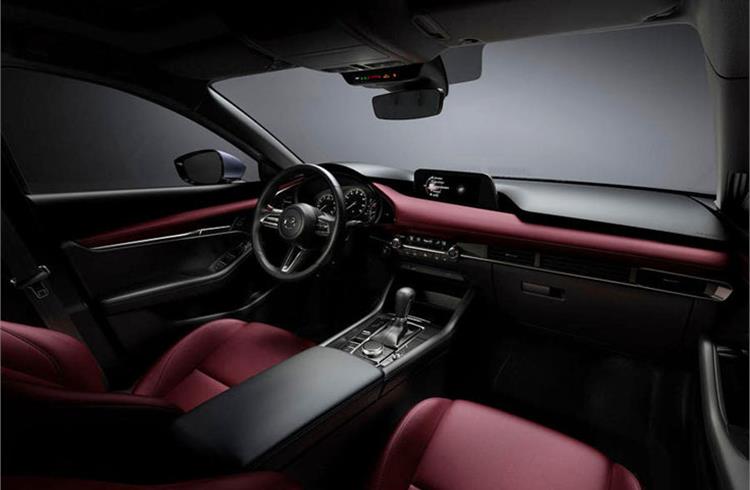 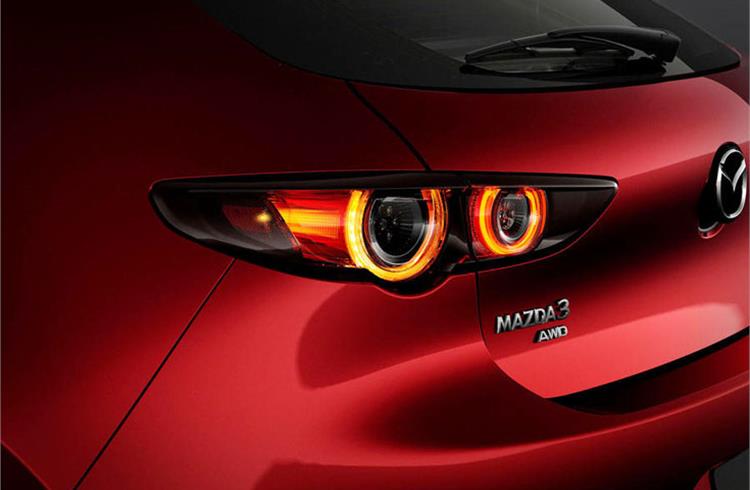 The new Mazda 3 will be the first model to receive the brand’s innovative Skyactiv-X engine, a spark plug-controlled compression ignition petrol unit that promises dramatically improved efficiency over a standard petrol engine.

The fourth-generation car, unveiled at the Los Angeles Motor Show and expected in both hatchback and fastback form in the UK, uses the Japanese car maker’s new design language seen on the Vision Coupe concept shown last year.

It also introduces Mazda's new Skyactiv Vehicle Architecture, an umbrella term for a number of new structures including seats that maintain the natural curve of the spine and a ring-structure bodyshell that increases rigidity, reduces transmission lag and improves noise, vibration and harshness levels.

All of these features form part of Mazda Premium, a goal by the firm to position itself more in line with traditional premium car brands.

The new Skyactiv-X engine is the most marked feature of the new 3, given that it has the potential to breathe new life into petrol power amid stricter emissions and efficiency targets.

Mazda is yet to release power or efficiency figures for the 2.0-litre Skyactiv-X engine, but it earlier this year told Autocar that a 30% reduction in fuel consumption was possible during low-speed driving. The company also claimed 20% was possible in average real-world driving scenarios.

The engine is assisted by a new 24-volt mild-hybrid system, in which an electric motor assists the engine. This is also the case with the two traditional Skyactiv-G engines in the line-up, which are 1.5-litre and 2.0-litre petrol units. A 1.8-litre Skyactiv-D diesel completes the range.

The latest version of Mazda’s i-Activ AWD system, which is not yet confirmed for the UK, works with the car’s torque vectoring to control torque distribution between the front and rear wheels. This makes the car respond better to driver input than previously, according to Mazda.

Inside the new 3, Mazda said it has focused on ergonomics and ensuring a good driving position and visibility.

The infotainment system, including an 8.8in screen, has been redesigned to be more intuitive to use, while speakers have been positioned, following research, to ensure excellent sound quality.

Safety systems include a driver monitoring system that uses an infrared camera and LED to observe the driver and sounds an alert if the system considers the situation is dangerous.

The new 3 is set to go on sale in spring, with prices starting from approximately £21,100 – a premium of around £1750 over the starting price of the outgoing model.