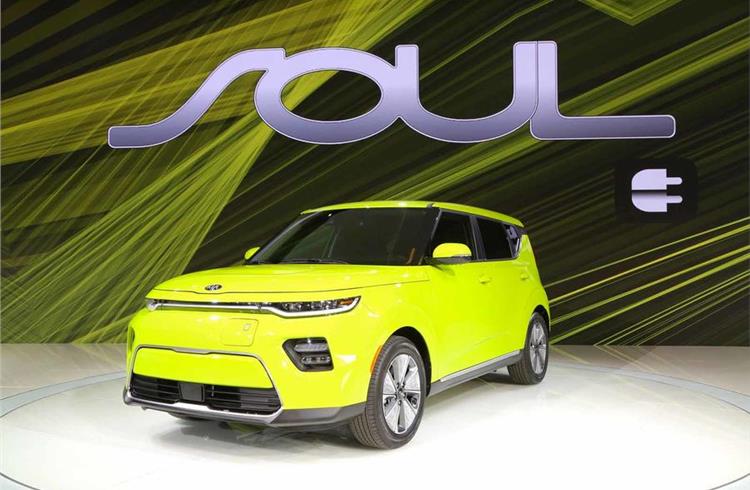 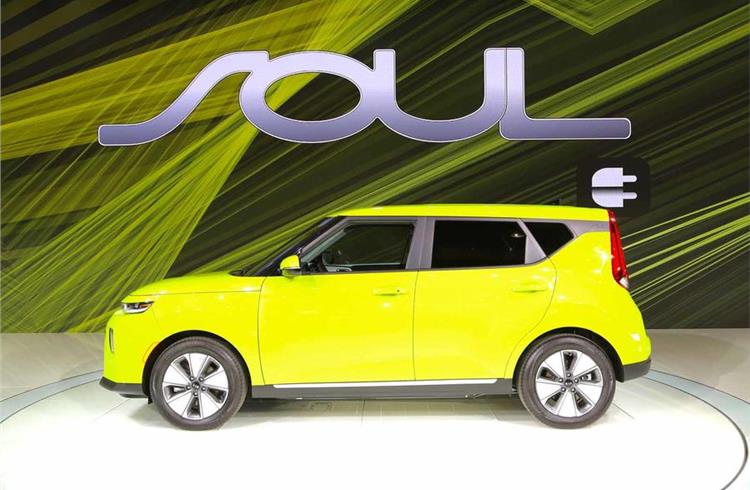 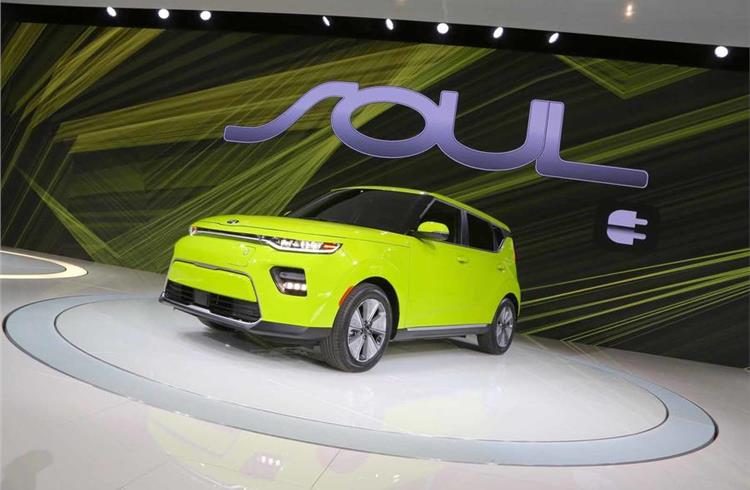 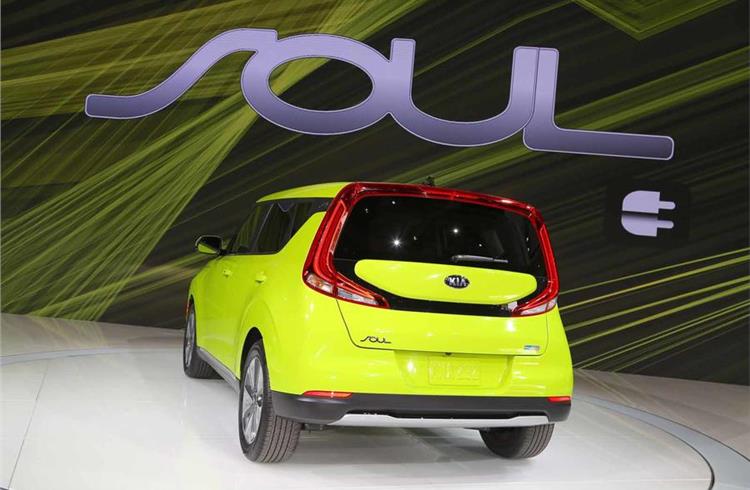 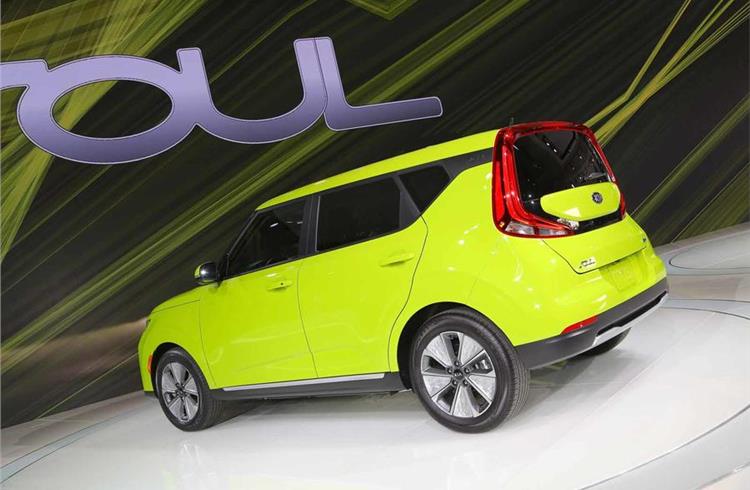 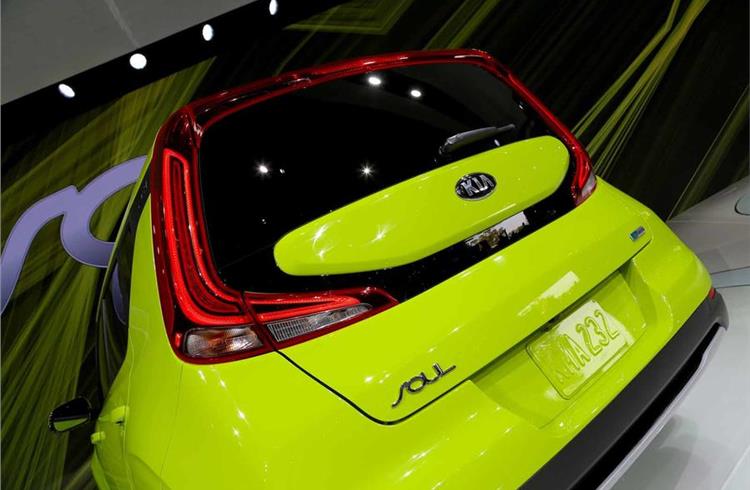 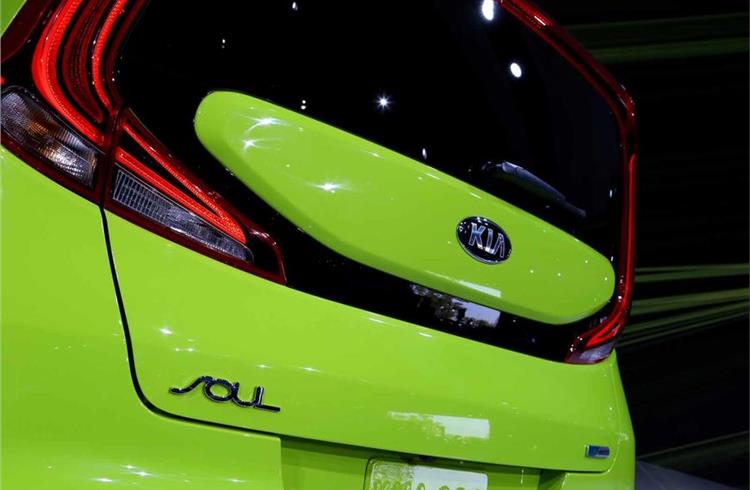 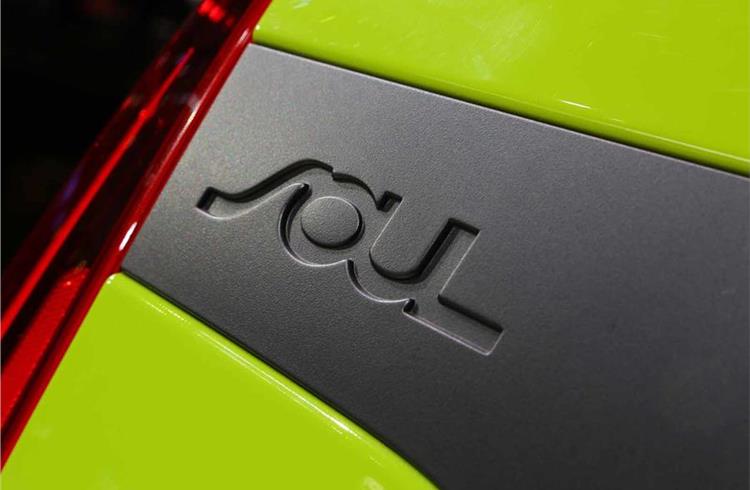 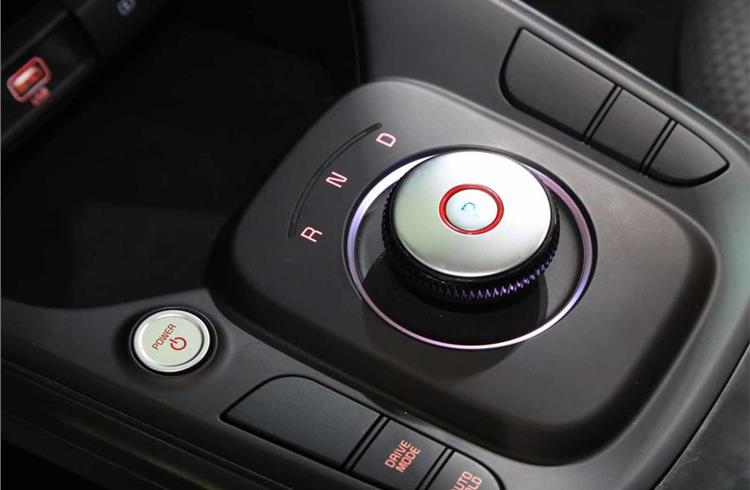 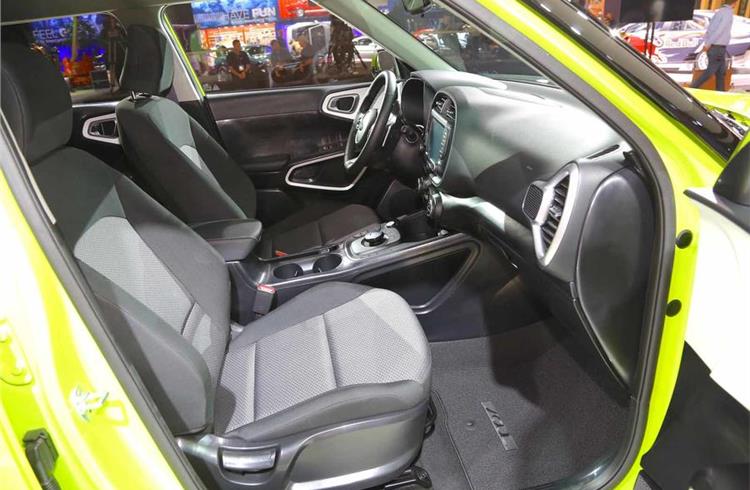 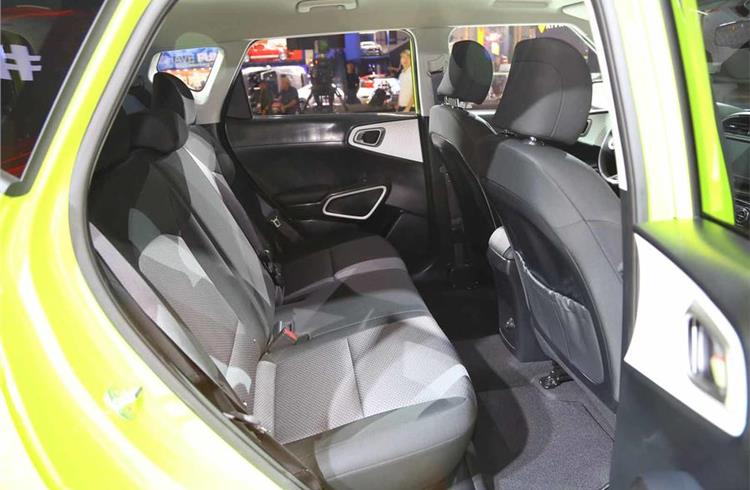 Kia has pulled the covers off its new Soul, in all-electric EV form, at the 2018 Los Angeles motor show. Alongside an updated design and new technology, it borrows a significantly uprated powertrain from the e-Niro crossover.

Shown in EV form before the standard (and not for Europe) petrol models are revealed later this year, the new Soul’s exterior design is an evolutionary step on from the old car. The familiar boxy profile remains, but new front and rear-end designs, with fresh lighting signatures at both ends, mark out the Mk3 Soul.

Unique features to the EV version include smoother and more aerodynamic upper designs, a blanked-off grille and LED headlamps with an altered look. As with the old car, it also receives unique five-spoke 17-inch alloy wheels used for the aerodynamic properties, while the charging port has been integrated into the Soul’s front bumper. 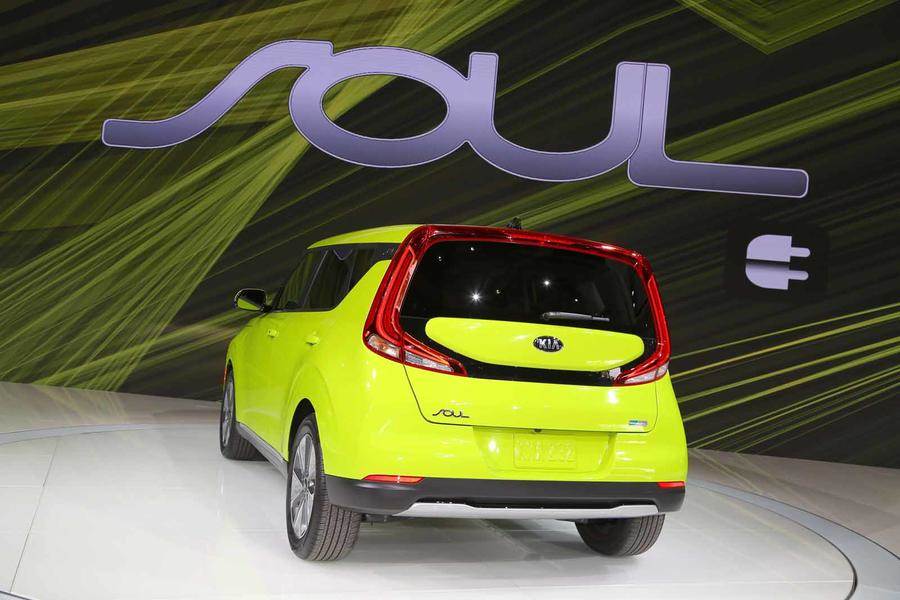 The Soul EV borrows its electric motor and battery pack from the top-spec variant of  the larger e-Niro. That means a power output of 201bhp and 295lb ft of torque, which is 81lb ft more than the outgoing Soul EV. Performance figure have yet to be revealed, but expect the lighter Soul EV to beat the e-Niro’s 0-60mph (0-100kph) time of 7.8 seconds.

The 64kWh liquid-cooled lithium-ion battery pack in the Soul EV has significantly higher energy density than the old pack. Kia claims it is still testing the car to ascertain its official range figure, but we’d be surprise if it doesn’t at least match the quoted 301 miles of the e-Niro, All Soul EVs are fitted with CCS DC fast-charging capability.

Unlike the old Soul, all variants make use of new fully independent rear suspension, which is claimed to greatly improve handling and ride. Four drive modes allow the driver to balance maximum power and maximum range, while smart regenerative braking can be adjusted via paddles mounted on the steering wheel. The system can also adjust the amount of regeneration based on a vehicle detected in front of the car.

Inside, the Soul has again been overhauled, with a focus on improving standard equipment and technology. A new 10.25-inch touchscreen is standard, supporting Apple CarPlay and Android Auto, alongside voice recognition. Gear selection is controlled via a new rotary shifter in the centre console.

Alongside a full suite of active driver assist features, Kia has added a new ‘UVO’ telematics system to the Soul EV, allowing drivers to monitor the car’s status and control various functions via a smartphone app. Buyers can also send a planned route to the car’s navigation system remotely.

Further details of the Soul EV’s European and UK spec are yet to be revealed, but we do know it won’t arrive in Britain until a few months after the car’s mid-2019 European release.