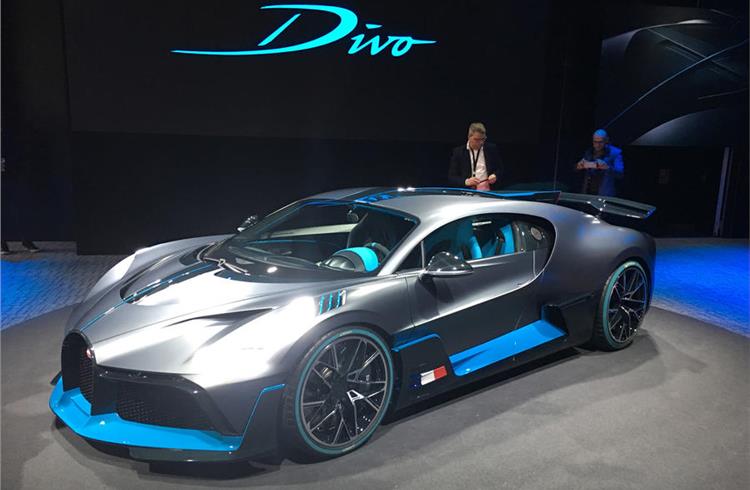 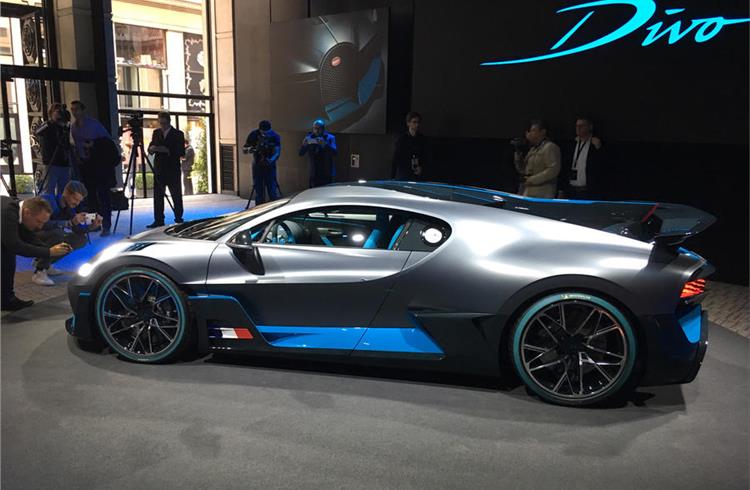 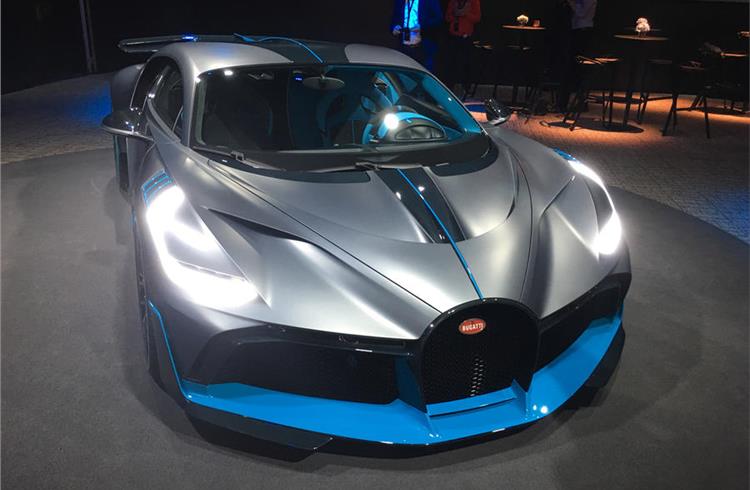 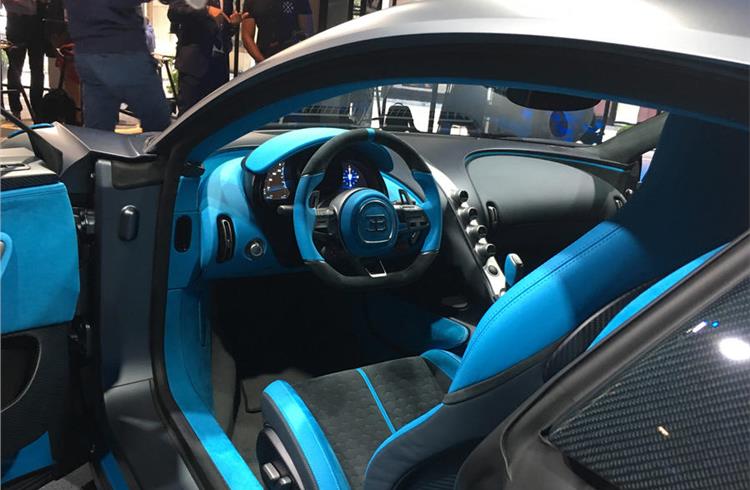 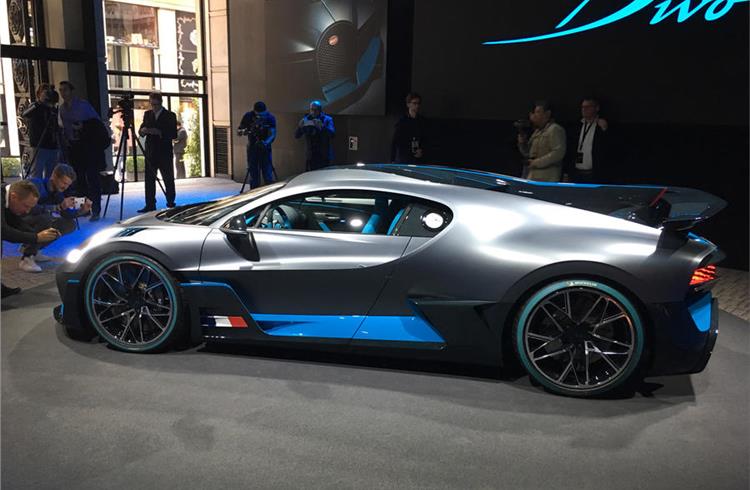 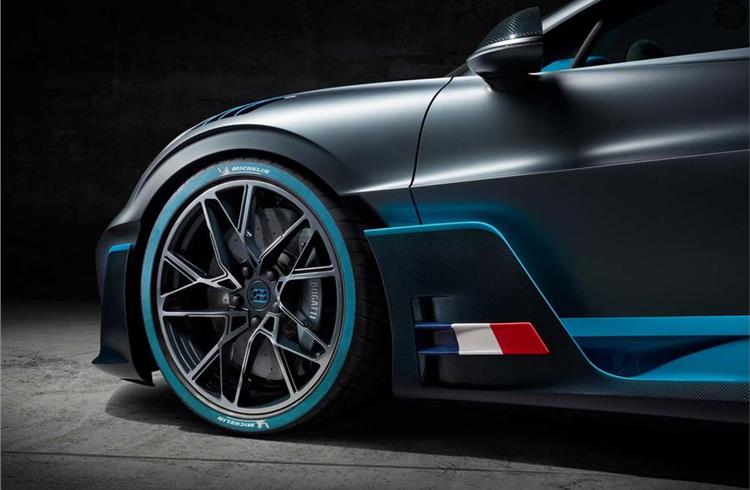 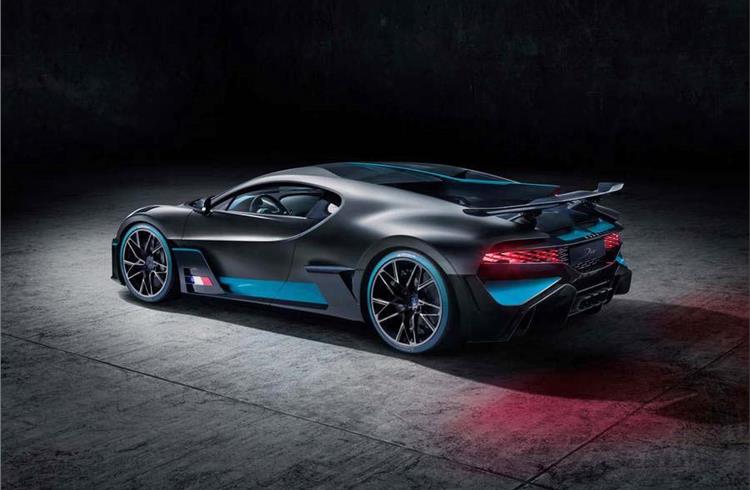 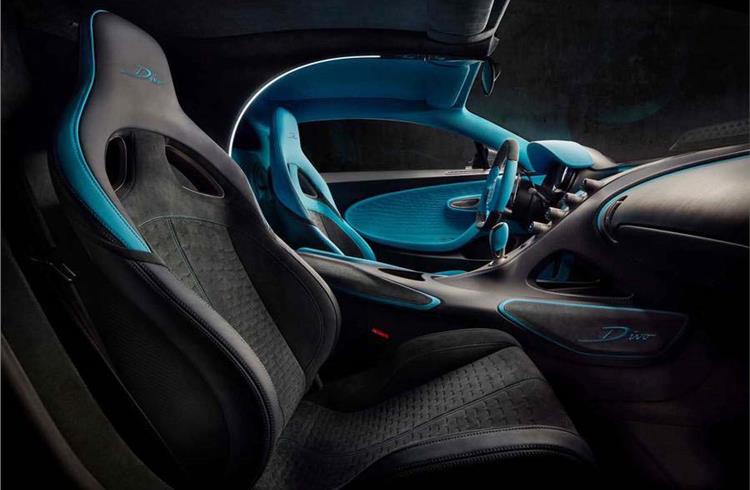 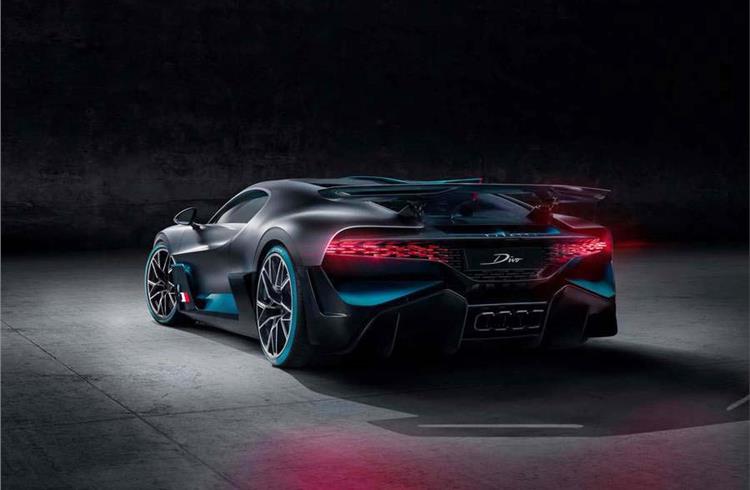 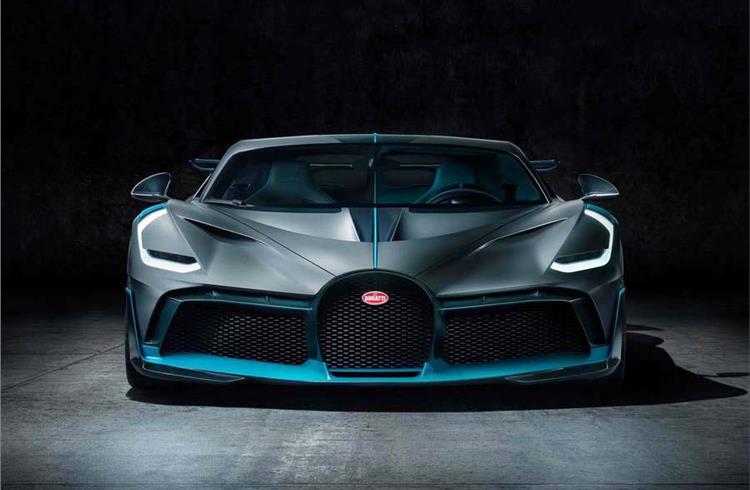 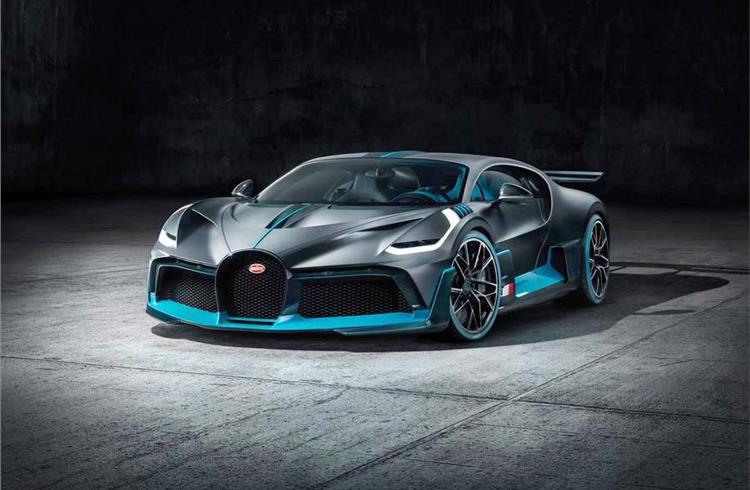 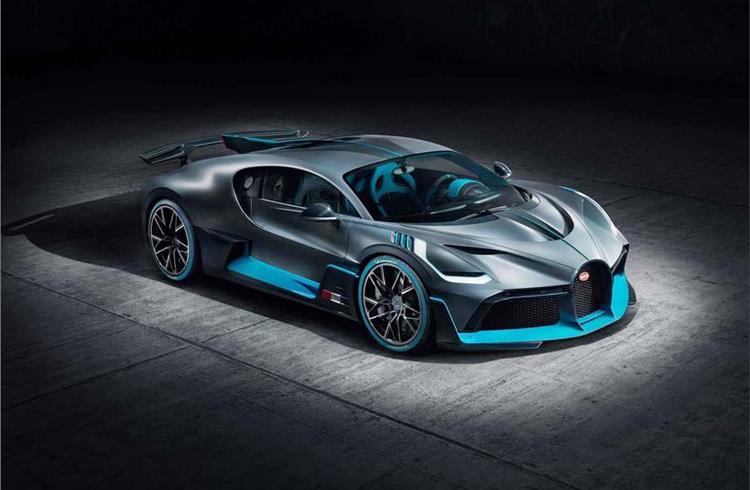 The new Bugatti Divo hypercar, a Chiron-based machine designed for improved track performance, is being shown in Europe for the first time ahead of the Paris motor show.

Limited to 40 models, and already fully sold out despite the £4.5 million (Rs 42.68 crore) price tag, the Divo features a bespoke exterior design, modified chassis and improved aerodynamics. The result is a claimed eight-second improvement on the Chiron’s lap time around the Nardo handling circuit. The car was originally launched at the Pebble Beach Concours d’Elegance. All 40 examples were sold to existing Chiron customers within four weeks of the first preview event. Great attention has been made to improve brake and powertrain cooling through a raft of new inlets across the bonnet and wings. Even the roof has been altered to form an air duct optimising the flow of cold air through a specially designed engine cover. 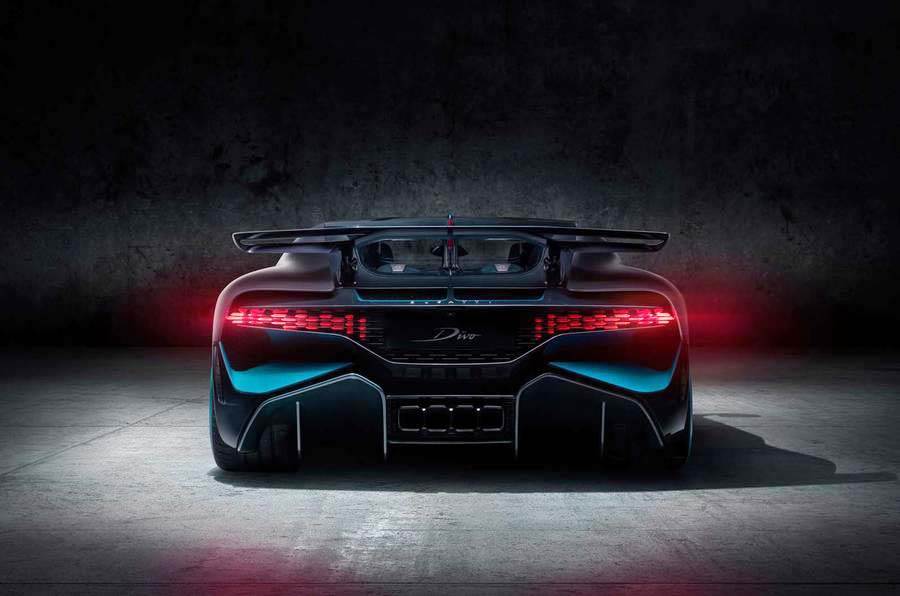 The rear end is just as purposeful, with a new height-adjustable rear spoiler which is 23 per cent wider than the Chiron’s. It inherits the air braking function from its sibling, too, while new rear lights are formed of 3D printed fins, 44 of which light up to produce a striking lighting effect.

The result of all the bodywork changes is a 90kg improvement in downforce, increasing maximum lateral cornering forces to 1.6g.

The chassis fine-tuning was aimed at making the Divo sharper and more agile in the bends than the Chiron, too. Increased camber - necessary for the desired handling characteristics - has seen the top speed limited to 236mph, while the steering and suspension have been tweaked to ensure a more direct response to inputs. Lightweight wheels, carbonfibre parts and reduced insulation contribute to a 35kg weight saving. 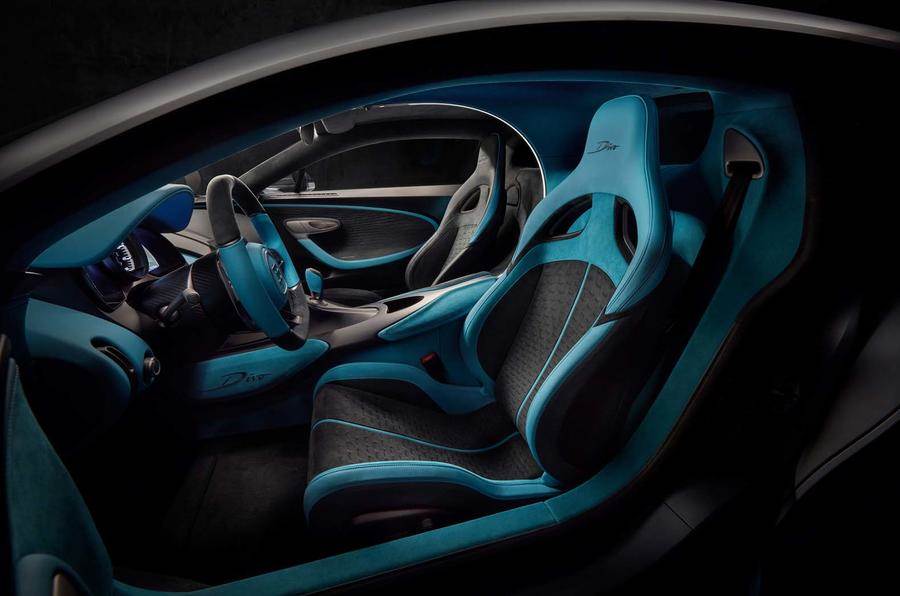 Inside, upgrades have been made including new, more supportive seats and redesigned Alcantara steering wheel. The cabin is trimmed in a variety of new materials, with a two-tone effect mirroring the external paintwork. 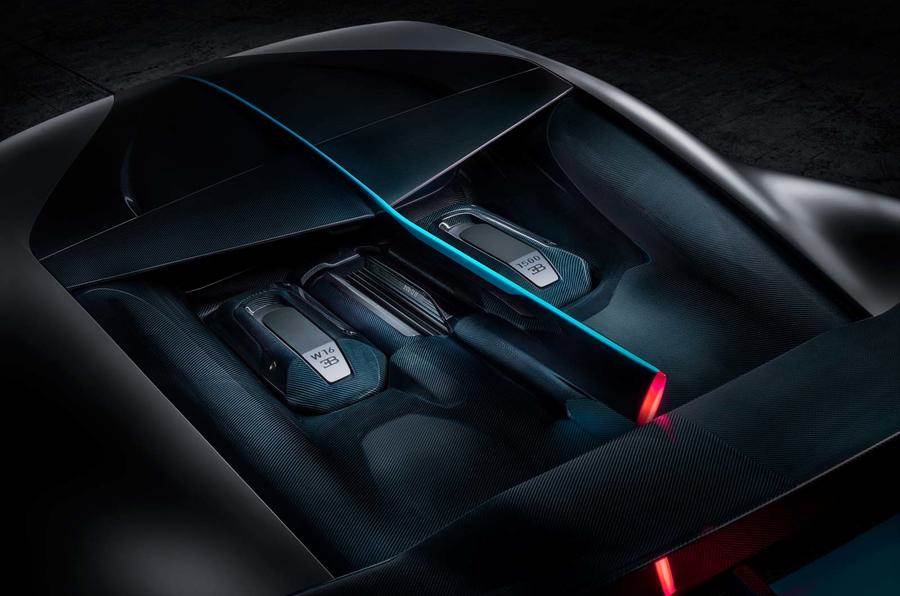 No changes to the Chiron’s eight-litre, quad-turbo W16 engine, which still puts out 1,479bhp through a seven-speed dual clutch transmission. The 0-160kph time is quoted at 2.4 seconds, which is also identical to the Divo's cheaper sibling.

Read more How to build a Bugatti Chiron