The 800km long-range EV roadster concept to come equipped with 5G capabilities and a gaming cockpit. 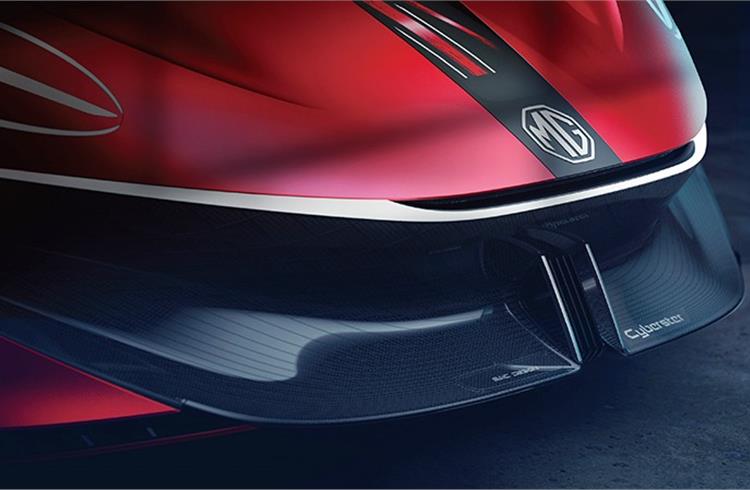 MG says Cyberster will offer sports-car level performance with 0-100kph in a claimed 3sec, along with an 800km range on a single charge from its battery pack. 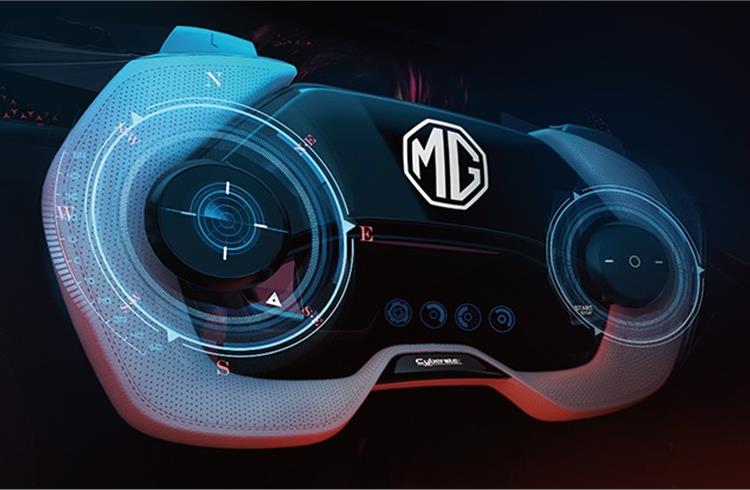 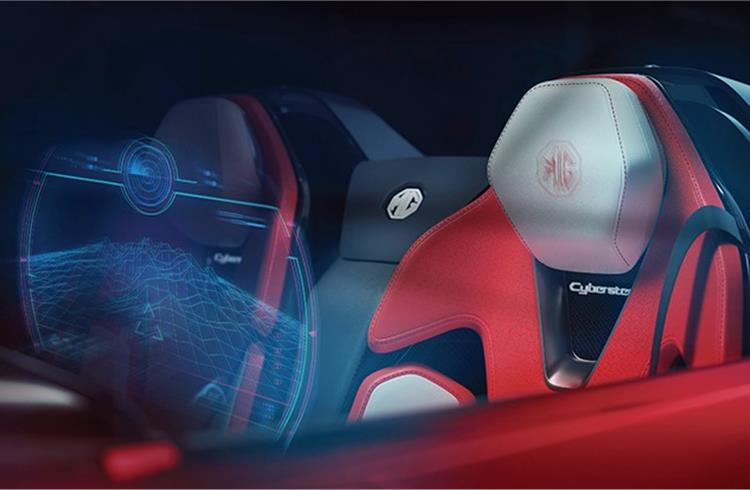 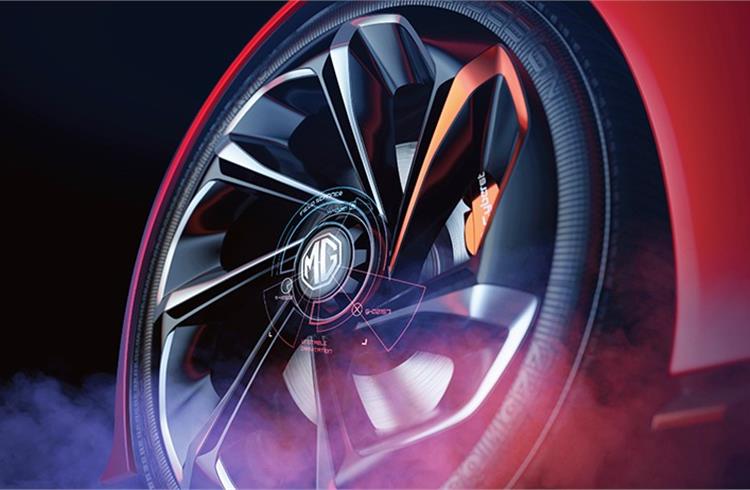 The wheels are claimed to have rotating spokes-akin performance and luxury saloons, and will be combined with a central-locking mechanism. 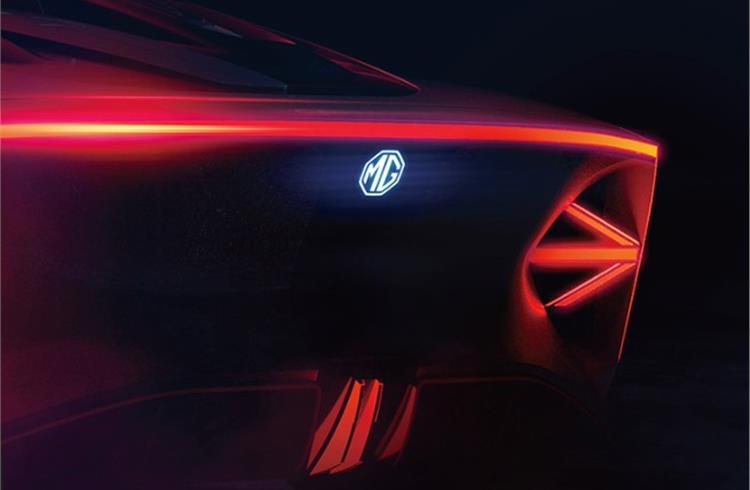 There is generous use of LEDs in the MG Cyberster including in the through-type tail-lamps. 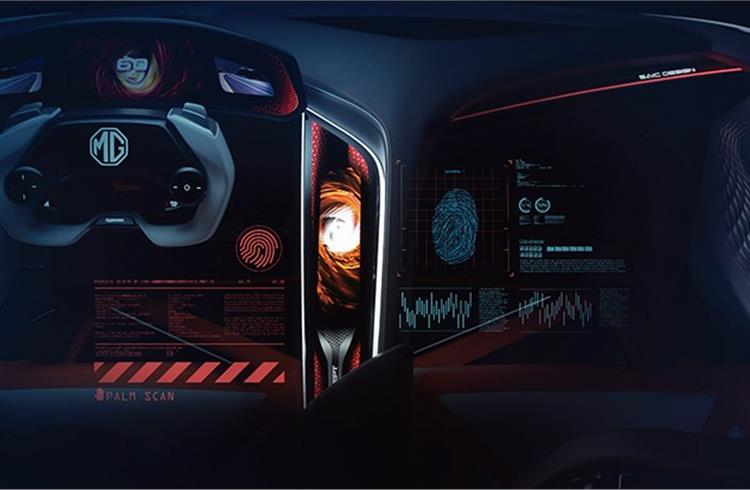 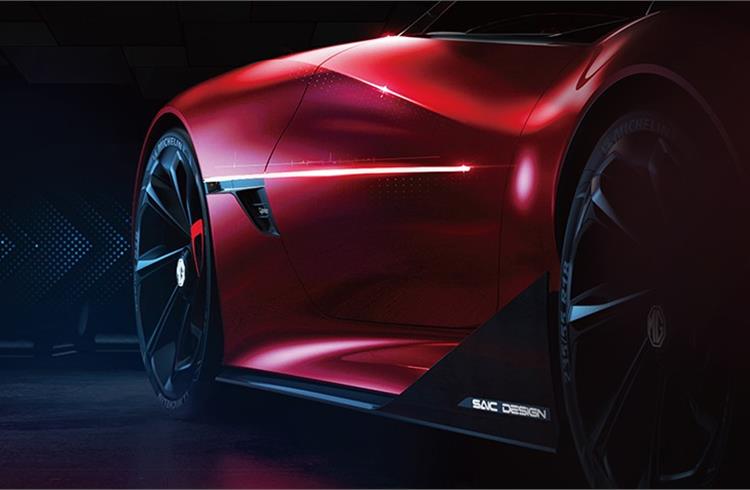 SAIC-owned MG (Morris Garages) is all set to unveil its latest all-electric sports car roadster – MG Cyberster – on March 31 in front of a global audience. The 2-door coupe is being touted to have a flurry of first-in-segment features including a gaming cockpit and a range of 800km.

MG says that the car is being squarely aimed at the Gen Z with its futuristic ‘Kammback’ styling. There is generous use of LEDs including in the through-type tail-lamps, as well as headlights that reminisce of the past and bring in MG lineage with their classic round design. MG designers are claimed to have borrowed inspiration from the brand’s MGB Roadster sports car in terms of the electric sports car’s design language. 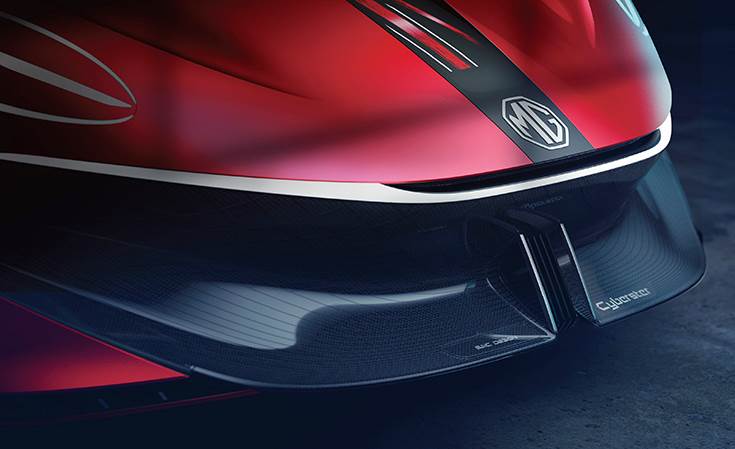 The‘Magic Eye’ interactive headlights are layered independently from the grille, while the eye-catching front shovel lower lip represents a unique front face that aids to the roadster’s aerodynamics.

From the sides, the ‘Laser Belt’, which is a strip of LED light that runs through the side of the body, forms a powerful laser-penetration visual impact, also highlighting the aerodynamic design language of the modern-day sports car. The wheels are claimed to have rotating spokes akin performance and luxury saloons, and will be combined with a central-locking mechanism.

Gaming cockpit-on-wheels
On the inside, the MG Cyberster’s interior showcases a ‘digital fibre’ theme by its unique elements such as the digitalised feathers in the front armrest, and combinations of light band, high-gloss metal and large LED screen in the middle. The infotainment will be rich in connectivity functions, including 5G connectivity for fast Internet access, as well as OTA updates. 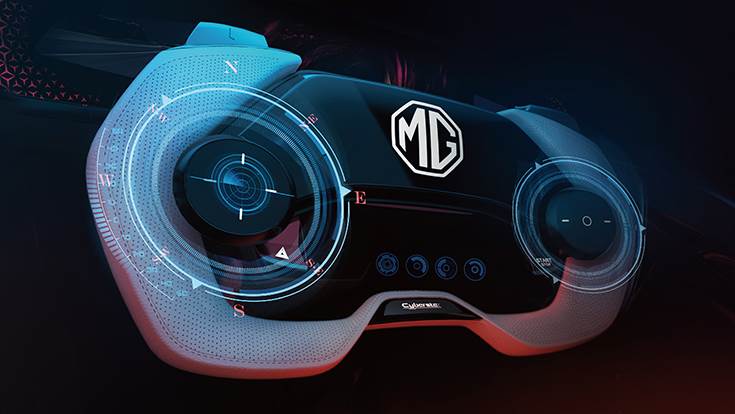 The unique gamepad steering wheel uses black-and-white contrast to deliver a strong sense of texture while the four-dimensional button on the thumb amplifies the virtual gaming cockpit experience. There is also a button on the top of the steering wheel that can be operated by the driver’s index finger, while the company says that the ‘Zero Gravity’ seats adopt a multi-surface splicing design that provides ample support to occupants. 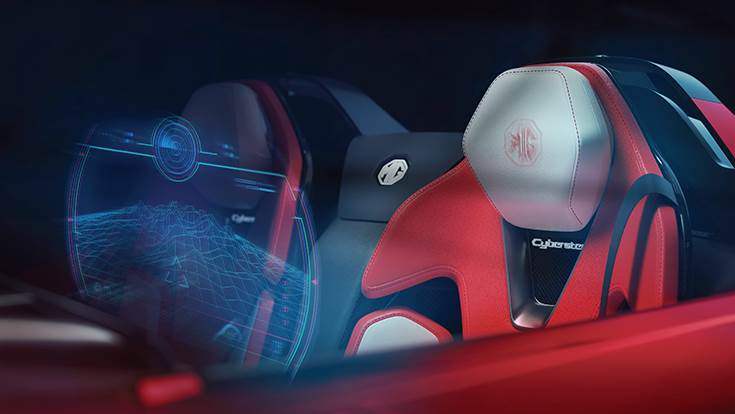 In the modern times of digital overdose, the MG Cyberster could be expected to offer a high level of technology on-board to keep the vehicle occupants engaged and engrossed with their myriad vehicle function settings and infotainment capabilities.

The growing trend first emerged with Tesla offering the vertically-oriented infotainment system in its Model S, with most electronics and auto majors, now putting a stronger focus on in-car connectivity and technology.

The MG Cyberster will also offer sports-car level performance with its nought to 100kph dash in claimed three seconds, along with an 800km range on a single charge from its battery pack. More details and specifications are awaited and will be revealed at the MG global event early on March 31.