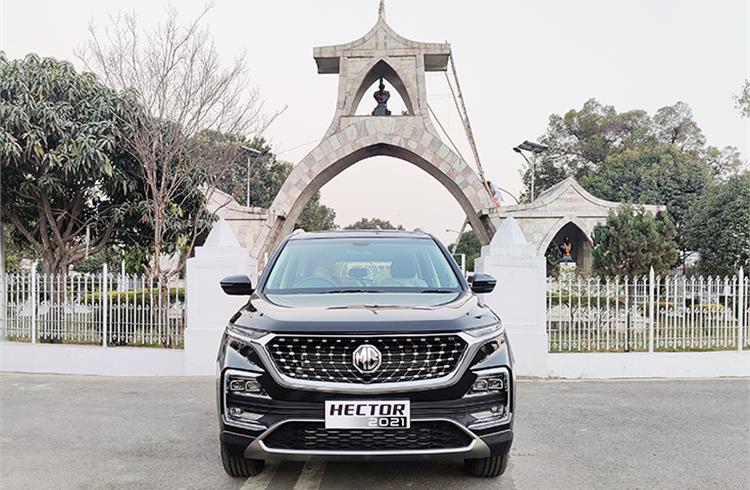 The Hector SUV is the first made-in-India product from the carmaker to be shipped overseas, to Nepal, which will be retailed by MG’s Nepal-based dealer partner Paramount Motors.

Speaking to PTI, Chaba said the company is also exploring export business in the UK and South Africa while also drawing up a strategy to tap right-hand-drive markets globally. "Though at present, there is a shortage of chips, we need to prepare ourselves for the long term. We wanted to expand our base and make India as export hub for neighbouring markets," said Chaba.

“Nepal is the first country but we are actively exploring other countries in the region, namely, Sri Lanka, Bangladesh and Bhutan. Also, we have got enquiries from the UK because the UK is a right-hand-drive market. So, we are also exploring the opportunity of exporting the MG Hector to the UK," added Chaba.

As regards South Africa, another right-hand-drive market, he said MG operations have to commence there following the delay due to Covid-19. "It's not ruled out. Once MG operation starts in South Africa, that also will be a potential market," said Chaba, adding that right-hand-drive countries worldwide "could be potential export markets for the company's MG Hector SUV".

Explaining the rationale behind MG Motor India beginning overseas shipments despite having an order backlog in India as a result of the semiconductor shortage, Chaba said, "This export is for the long term. We are seeding the markets right now, to start with a lower volume. But when the situation improves that say, in a year from now, this will give us a good diversification of our sales footprint."

With MG Motor India joining the list of car exporters, the made-in-India story gets more wind in its sales. Importantly, for India Auto Inc, exports are acting as a buffer to the overall decline in the domestic market. In the April-December 2021 period, Indian carmakers shipped a total of 368,605 units, up 58% year on year.