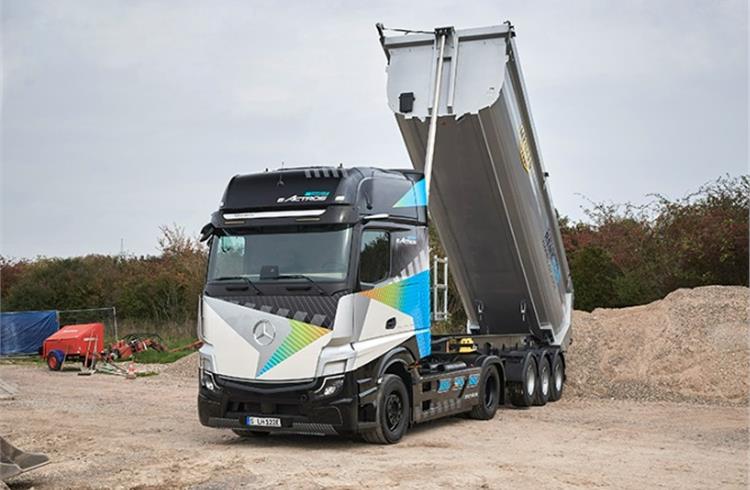 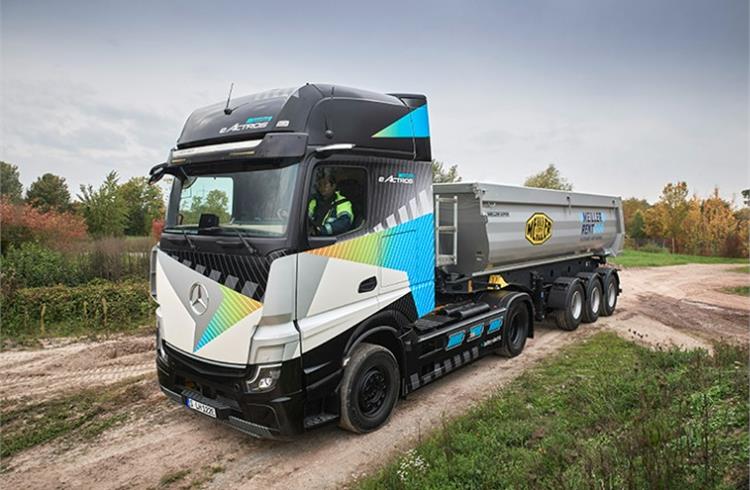 The series-production eActros LongHaul will have a range of around 500 kilometers on a single battery charge and will be capable of megawatt charging. 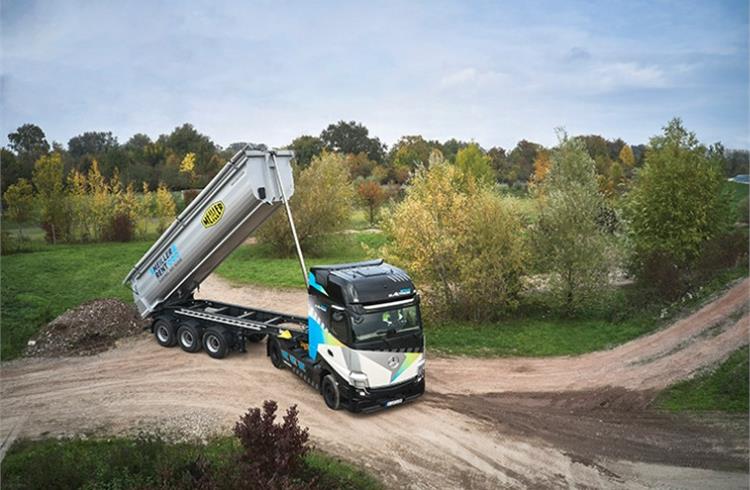 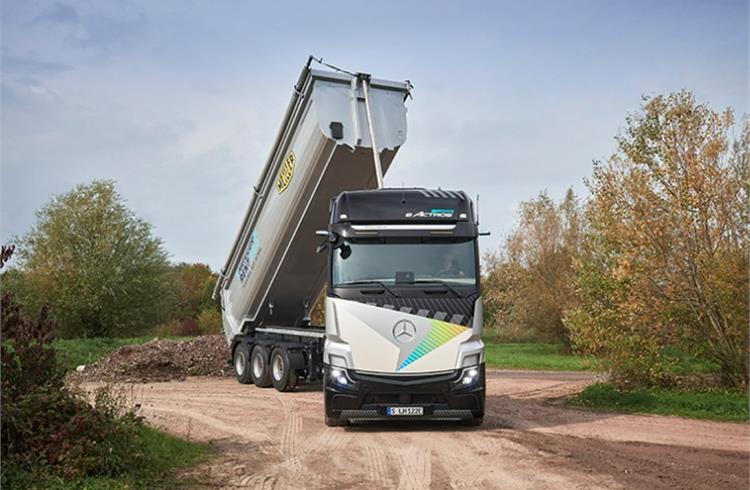 Mercedes-Benz Trucks is to display several fully battery-electric trucks for construction site applications at this year's Bauma, the world's leading construction industry trade show that takes place in Munich from October 24 to 30.

At the event, Mercedes-Benz Trucks will also showcase the concept prototype of the eActros LongHaul, which was presented for the first time at the IAA Transportation in September, with an electric power take-off for semi-trailers such as tippers. This makes the e-truck suitable for deliveries to construction sites and can replace previous diesel-based drive solutions both in terms of transport and the power take-off.

Mercedes-Benz Trucks has already been equipping the eActros, brought into series production in 2021, for heavy-duty distribution with the appropriate electric power take-off for several months. Together with partners, Mercedes-Benz Trucks is also presenting for the first time a battery-electric prototype of the Arocs construction site truck as a truck mixer, characterized by its ground clearance and off-road mobility.

About every fifth Mercedes-Benz truck sold in Europe is in the construction site segment, which is the second most important market segment for the manufacturer after long-distance transport. It therefore plays a special role in the electrification of truck transport. By 2030 commercial vehicles that are CO2-neutral in driving operation should account for up to 60 percent of Daimler Truck sales in EU30 markets.

eActros LongHaul with electric power take-off for semi-trailers
In cooperation with the Munich tipper manufacturer Meiller, Mercedes-Benz Trucks has developed an electric power take-off for various types of trailers. This makes it possible to efficiently electrify hydraulic work equipment for use at construction sites, such as tipping semi-trailers or walking floor trailers.

The system, developed for the eActros LongHaul and presented as a prototype at bauma, has a continuous output of 58 kW. In series production the electric power take-off is planned to generate significantly more power. Torque of the prototype is 300 Nm. The electric power take-off converts direct current from the eActros LongHaul’s batteries into alternating current via an inverter attached to the rear of the driver's cab.

An additional electric motor drives the pump, which provides hydraulic power to operate the trailer. Advantages of this solution compared to the previous diesel-based drive: Locally CO2 neutral and greatly reduced noise, especially relevant for use in cities and residential areas. The compactness of the system allows eActros LongHaul to be operated with a standard trailer – a great advantage for transport companies that use the vehicle for a wide variety of applications.

The first prototypes are already undergoing intensive tests and the eActros LongHaul will be tested on public roads this year. 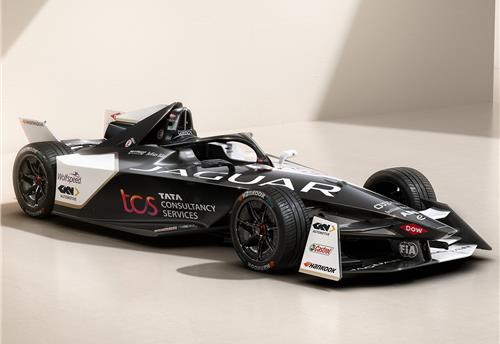 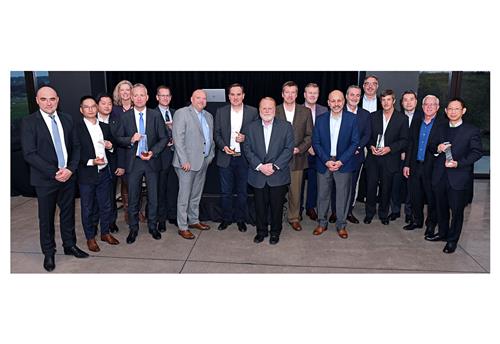 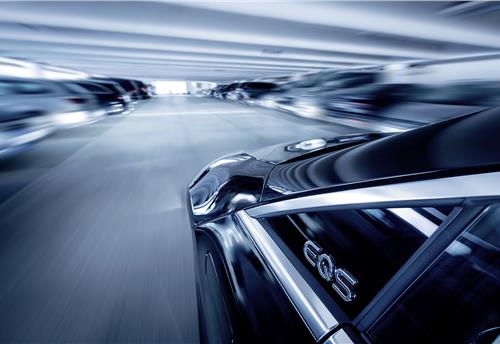