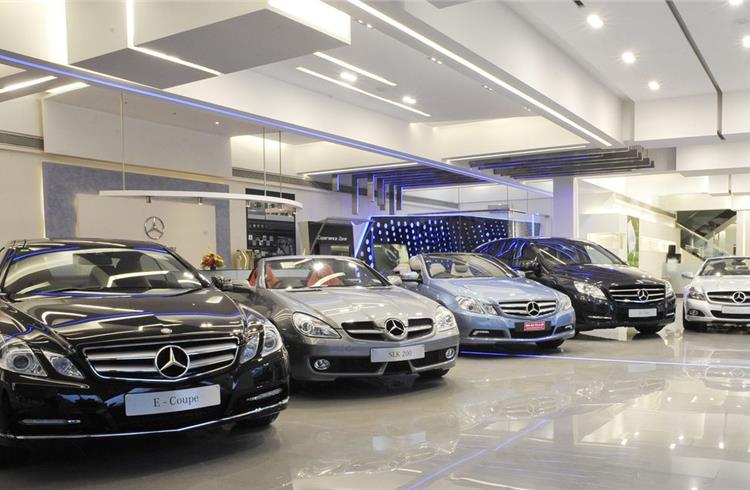 Mercedes-Benz has reported the strongest-selling quarter in its history. From April to June, it has sold 594,528 cars (+1.9%), thereby ensuring it sold more vehicles than ever before in a half-year. Between January to June, a total of 1,188,832 cars with the three-pointed star were delivered to customers all over the world (+3.9%).

In the first six months, Mercedes-Benz was the premium brand with the newest registrations in several markets, including Germany, France, Russia, Switzerland, Portugal, India, South Korea, Australia, the USA and Canada.

“Thanks to an outstanding team performance, we can look back on the most successful half-year in the history of Mercedes-Benz: with more than 1.18 million cars sold in the first six months, we have laid a good foundation for the successful year 2018,” said Britta Seeger, Member of the Board of Management of Daimler AG responsible for Mercedes-Benz Cars Marketing & Sales. “The new A-Class has had a very successful reception from the markets and we will launch the new C-Class in July. These two volume models will make a significant contribution to the sales success of Mercedes-Benz in the second half of the year.”

Mercedes-Benz India on a roll
In India too, Mercedes-Benz notched its highest-ever sales for a half-year: 8,061 units, which marks 12.4 percent year-on-year growth (January-June 2017: 7,171). New products have helped drive growth and the past seven months have seen the company launch seven new vehicles. While sales of the sedan portfolio rose by 15.2 percent, SUV sales grew by 15.9 percent, says the company.

Roland Folger, MD and CEO, Mercedes-Benz India, said: “Mercedes-Benz continues to retain the top customer billing in the luxury car segment. We attribute this growth momentum to our customer-centric measures coupled with an unmatched product and customer service offensive. Our sales performance is in line with our expectation despite last year’s extraordinary demand in Q2, owing to the anticipation of GST implementation. With our wide range of New Generation Cars, sedans, SUVs and the performance cars, we are confident to continue the drive, we set for ourselves in the first half.”

Roland Folger (seen here with the new GLS Grand Edition): "We attribute this growth momentum to our customer-centric measures coupled with an unmatched product and customer service offensive."

During the first half of the year, Mercedes-Benz India says demand surged for the E-Class long wheelbase sedan, which remains a success story in the Indian market. The launch of the S-Class also enabled Mercedes-Benz to cater to the increasing demand of this segment benchmark luxury business sedan. Similarly, the C-Class continues to remain on top of customer preference.

Folger elaborated, “We want to continue our leadership position in the Indian luxury car market, upholding the No. 1 position for the last three years.”

Global sales by region
In Europe, Mercedes-Benz sold 476,790 cars in H1 2018 (-1.5%), which is slightly less than in the previous, so far best, first half-year in 2017. Approximately one third of those cars were sold in Germany (-0.2%). In France, Spain, Sweden, Poland and Denmark, more cars with the three-pointed star were sold than ever before in the first six months of a year.

Mercedes-Benz completed the first half of the year in the Asia-Pacific region with new best-ever sales, which increased by a double-digit 12.5 percent to 493,358 units. The biggest contribution to this growth came from China, where 340,164 cars were sold in the first six months, an increase of 16.2 percent. More cars of Mercedes-Benz than ever before in the first half-year were also sold in the markets of South Korea, Japan, India, Thailand and Malaysia.

In the NAFTA region, 191,249 Mercedes-Benz vehicles were handed over to customers in the period of January to June (-1.1%). Sales of 158,848 units in the USA were 1.9% below the very high prior-year figure. In Canada and Mexico, Mercedes-Benz set new sales records in the first six months of the year.

Sales by model
Sales of the S-Class sedan increased by 27.5 percent to 43,106 units in the first half of the year. Growth in sales of the luxury model was particularly strong in the flagship’s biggest markets – China, the USA, South Korea and Germany. The Mercedes-Maybach S-Class sedan set a new record in H1 and since its market launch, more than 30,000 units have now been handed over to customers.

The demand for the E-Class sedan and Estate is higher than ever before. Since the beginning of the year, sales increased to the new record number of 182,135 units (+0.1%). The long-wheelbase version of the E-Class Saloon was especially popular in the first half-year; just like the long-wheelbase version of the C-Class Saloon, it posted very strong growth and a new sales record.

Despite restricted production of the GLE and GLS models last month, the SUVs from Mercedes-Benz achieved a new sales record in the first half of the year: a total of 422,645 units of the GLA, GLC, GLC Coupé, GLE, GLE Coupé, GLS and G-Class were delivered to customers worldwide (+9.8%). This was primarily due to the bestseller amongst the SUVs, the GLC.