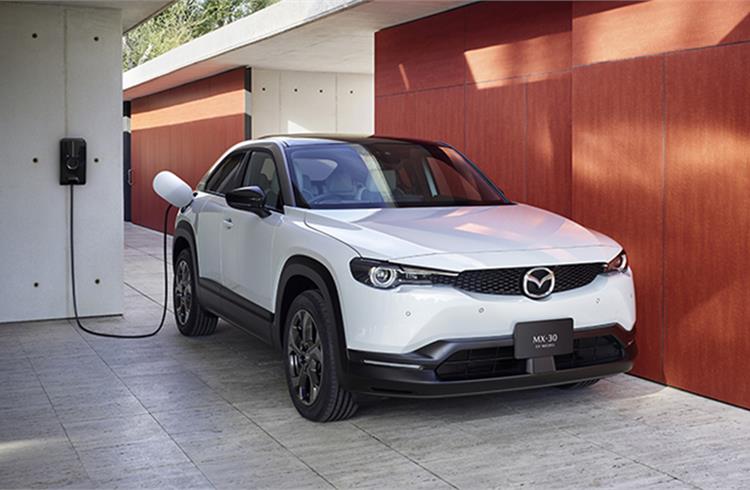 Hitachi Astemo Co, a joint venture between Hitachi and Honda Motor Co, has announced that its EV motors and inverters were adopted by Mazda Motor Corporation for its first mass-produced electric vehicle, the Mazda MX-30, launched in Japan in January 2021.

According to the company, the motor used in the Mazda MX-30 has high output and high efficiency performance. The compact, high output inverter is has a double-sided direct water-cooling power module.

The MX-30 is Mazda’s first mass-production electric car and has a 210km range. The MX-30 is capable of 6.6kW domestic charging and 50kW rapid charging via a CCS connection, the latter of which will give 80% charge in 30 to 40 minutes, claims Mazda.