The hatchback performed poorly in the side impact tests and its bodyshell was rated as borderline unstable. 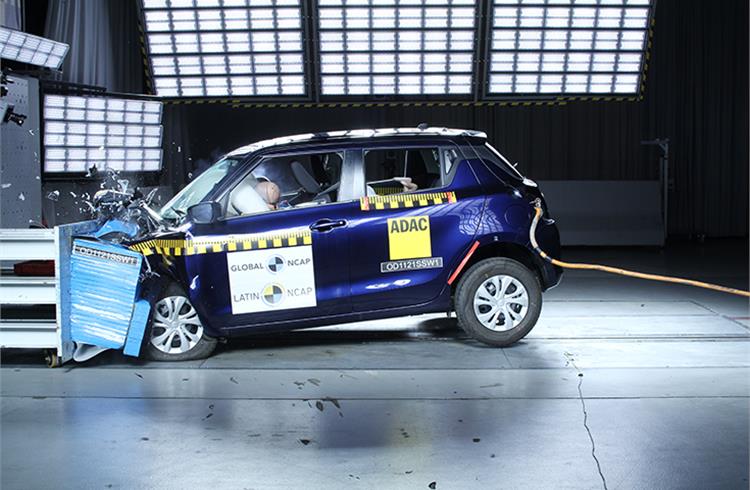 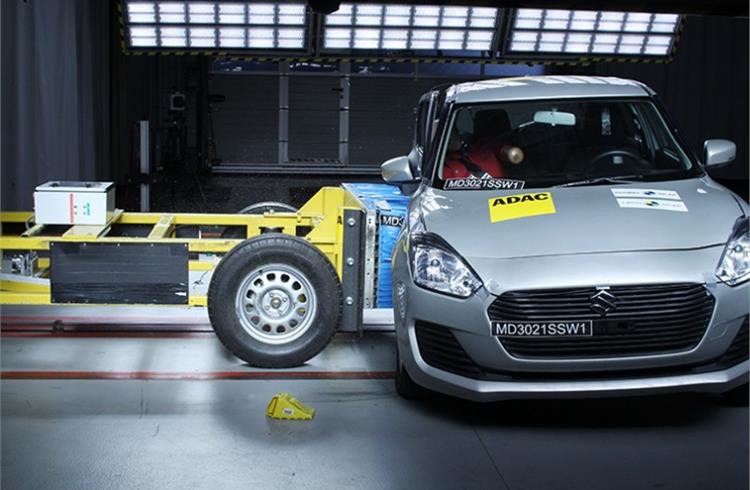 The New Car Assessment Programme for Latin America and the Caribbean (Latin NCAP) has crash-tested the made-in-India Suzuki Swift. The hatchback scored a disappointing zero stars in the crash test.

The Swift that was crash tested by Latin NCAP was equipped with two airbags. As per Latin NCAP, the results are valid for both, the hatchback and the sedan (Dzire).

Latin NCAP says that the 0-star result attributes to poor side impact protection, a low whiplash score, the lack of standard side protection airbags, absence of ESC, the use of a lap belt in the rear centre seat, instead on a three-point unit, and because of Suzuki not recommending CRS (Child Restraint Systems).

In terms of side impact, the head and pelvis protection were good, abdomen protection was adequate but the chest protection was poor, resulting in zero points in this test. Overall, the bodyshell was rated as borderline unstable due to asymmetries and the Swift was adjudged not capable of withstanding further loadings.

Global NCAP vs Latin NCAP crash test results
Interestingly, while this current-gen Swift scored zero stars in the Latin NCAP tests, a similar current-gen model was also tested by Global NCAP in 2018, where it was awarded a 2-star safety rating. The difference in these results is mainly down to the differences in testing protocol of Global NCAP and Latin NCAP.

In Global NCAP’s tests, the cars are subjected to just the front offset crash test. In this test, the cars are driven at 64kph and with a 40 percent overlap into a deformable barrier, which is equivalent of a crash between two cars of the same weight, both moving at 50kph.

As for Latin NCAP, aside from the front offset crash test, the cars are also subjected to more comprehensive tests like the side impact test into a moveable and deformable barrier, and the side pole impact test. It was in the side impact test that the Swift scored zero points, as mentioned earlier. This could be the major reason for the differences in safety rating by Global NCAP and Latin NCAP. However, it is also possible that the cars tested by the two authorities may have some minor differences in terms of specifications and build quality, affecting the result.