While the Access will be rebadged as the Address 125 in the UK, the Avenis will be sold under the same name. 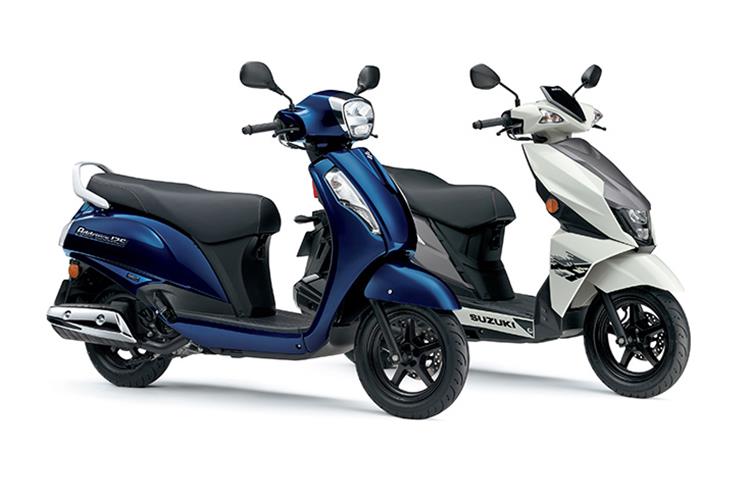 Suzuki has begun exporting its made-in-India 125cc duo, the Access and the Avenis, to the UK, with a launch slated for October. The scooters will be a learner-legal and pocket-friendly addition to the manufacturer’s line-up. Both models have already been listed on Suzuki’s UK website ahead of their launch in October.

The Access 125 will be rebadged as the Address 125, taking over the mantle from the Address 110 which was previously on sale till 2021, while the Avenis 125 will be sold under the same moniker. Suzuki India has confirmed to Autocar India that these scooters will also be exported to other major European markets. The company, however, has not specified exactly which ones.

Familiar underpinnings
Both scooters share the same underpinnings and only differ in their appearance from each other. Found underneath their dissimilar bodywork is the same 124cc single-cylinder, air-cooled engine making 8.7hp and 10Nm. Paired to this engine is a CVT gearbox allowing twist-and-go operation.

Both scooters run on 12-inch wheels at the front and 10-inch ones at the rear. Fairly basic suspension and braking hardware is found here, which is expected to be carried over unchanged along with the rest of the underpinnings.

In terms of styling, both scooters take remarkably different approaches – the Avenis’ sharp styling is meant to cater to a youthful audience, while the smooth, rounded lines of the Access appeals to a wider audience.

These scooters come equipped with Suzuki’s Eco Performance (SEP) indicator on their fully-digital instrumentation indicating when the optimum balance between fuel efficiency and performance is attained. While nothing has been confirmed yet, we expect both these scooters to offer Bluetooth connectivity as seen on their India-spec versions overseas. External fuel filler caps are standard on both.

While there is no word from Suzuki on the price tags these zippy little machines will carry in the UK market, the previous Address 110 carried a price tag of £2,399. Expect both these scooters to be positioned slightly above that mark when they do go on sale in October.