The model secured a two-star rating for child occupancy. 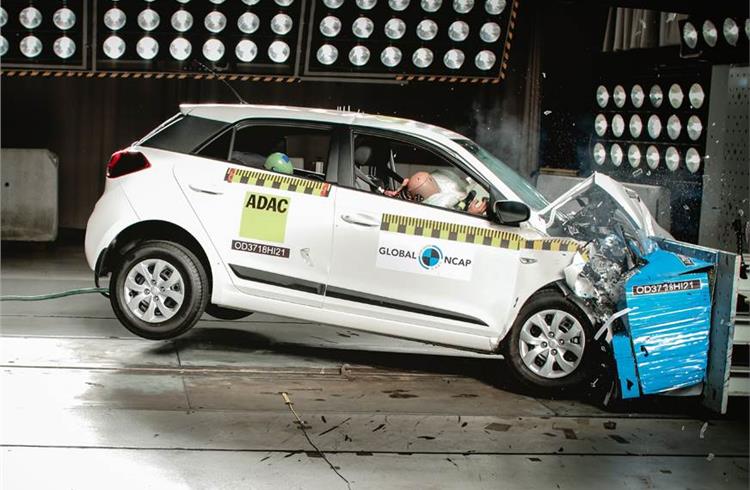 Vehicle crash-test body Global NCAP, as part of its 'Safer Cars for Africa' project, conducted tests on the made-in-India Hyundai i20 sold in the South African market. The model secured a three-star adult occupant rating and a two-star rating for child occupancy.

According to Global NCAP, the made-in-India Hyundai i20 received a three-star rating for adult occupant protection in the front crash test rated at 64kph. The i20 secured 10.15 points out of the total 17 in this test.

The vehicle’s structure and footwell area was rated as unstable. The model comes with seatbelt pretensioners for both front passengers and seatbelt reminder for the driver.

Using the child seats recommended by the manufacturer, the i20 achieved a two-star rating for child occupant protection explained by the limited protection offered to the 3-year-old dummy, along with a lack of Isofix anchorages. The model secured 18.16 points out of a total of 49 in this test.

The report further states that the made-in-India Hyundai i20’s structure is different to that of the European model and the car does not come with electronic stability control, side airbags and side curtain airbags which are standard on the Euro-spec i20.

The Hyundai i20 is available in the South African market with a 1.2-litre petrol engine and a 1.4-litre diesel motor. 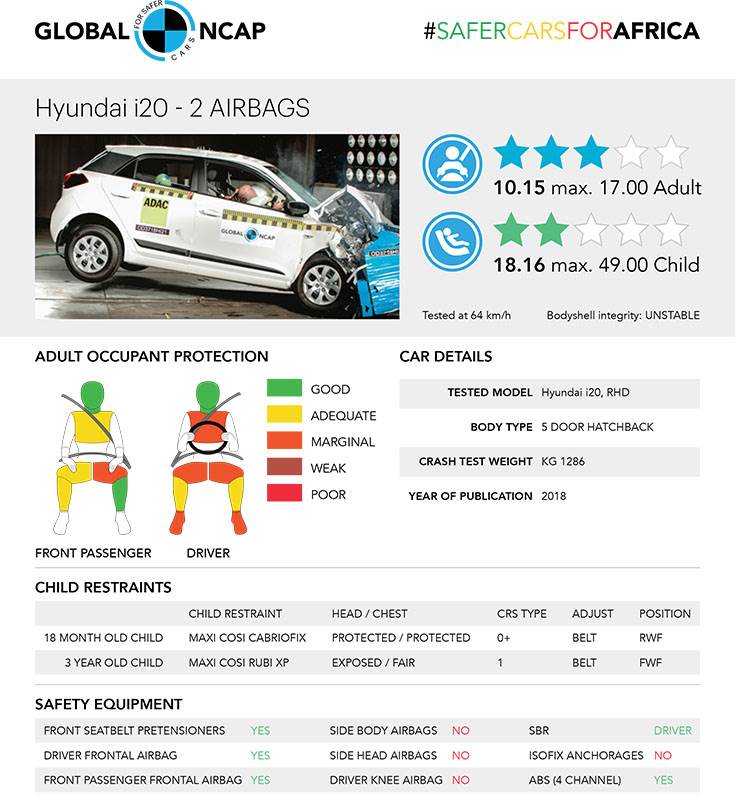