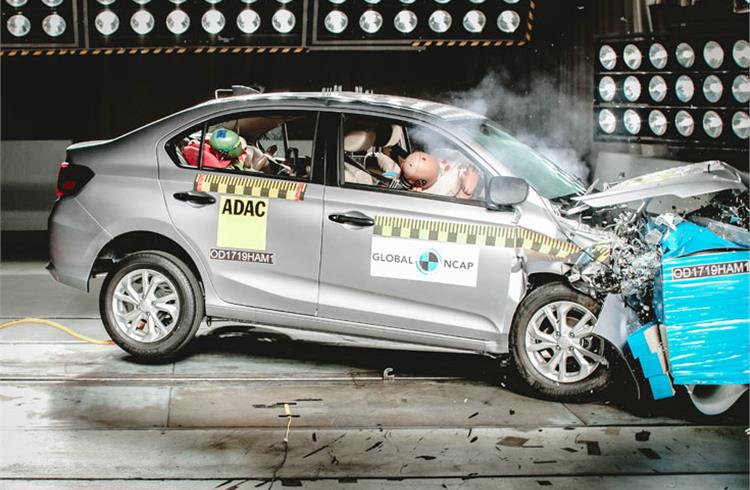 The India-made, Africa-spec Honda Amaze has received a four-star crash test rating from the Global NCAP. The Amaze was one of three Africa market models to be crash tested by Global NCAP as part of its Safer Cars for Africa campaign. The India-made Suzuki Ignis was rated with three stars while the Toyota Avanza was rated a four star car.

As per Global NCAP protocol, the cars are crashed into a deformable barrier with a 40 percent offset at a speed of 64kph. While Indian authorities conduct the same test for crash certification, the impact speed is a lower 56kph.

What’s heartening to know is that the Honda Amaze was rated 4 stars for adult occupant protection with the vehicle structure and footwell area being rated as stable. Global NCAP considers the base-spec version for testing; the Amaze for Africa comes with dual airbags, front seatbelt pre-tensioners and a driver seatbelt reminder as standard. The India-spec Amaze goes one up with a speed warning system and seatbelt reminders for both front occupants, requirements mandated by India’s latest safety norms.

The Honda Amaze was rated a low one star for child occupant protection. The tests were conducted with Honda-recommended child seats. Global NCAP’s team noted evidence of head exposure and probability of injury for the test dummies representing an 18 month old and a 3 year old.

David Ward, President and CEO of Global NCAP said, “Global NCAP welcomes the four-star performance achieved in our latest crash test results but we are disappointed in the levels of protection provided for child occupants, the most vulnerable of car passengers. We look forward to the first five-star car in Africa, and encourage auto manufacturers to meet our five star challenge and provide the levels of safety performance necessary for all passengers, whatever their age.”

Global NCAP uses the same protocol for its Safer Cars for India and Safer Cars for Africa campaigns, so the Honda Amaze’s result is representative for the India model as well. The second-generation Amaze went on sale in India in 2018 and complies with India’s latest crash test norms. 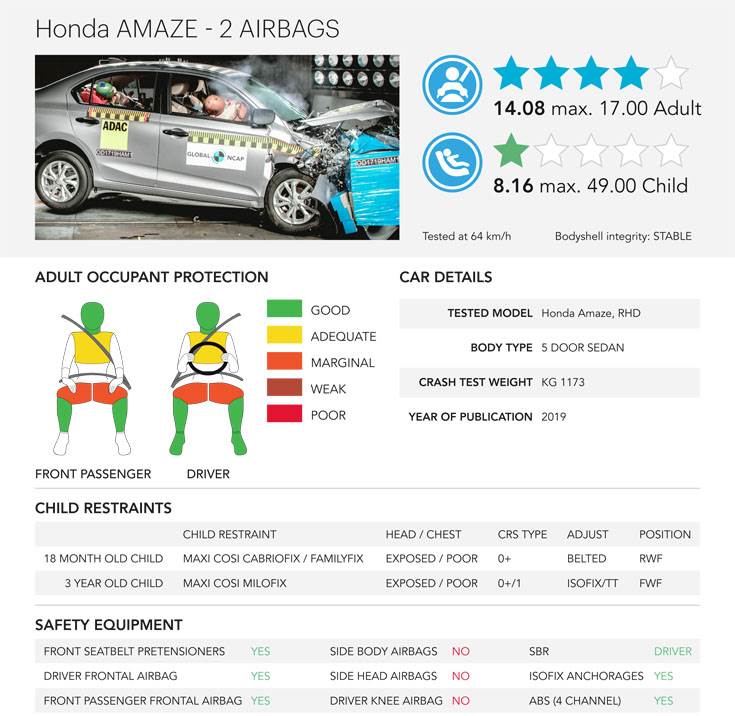