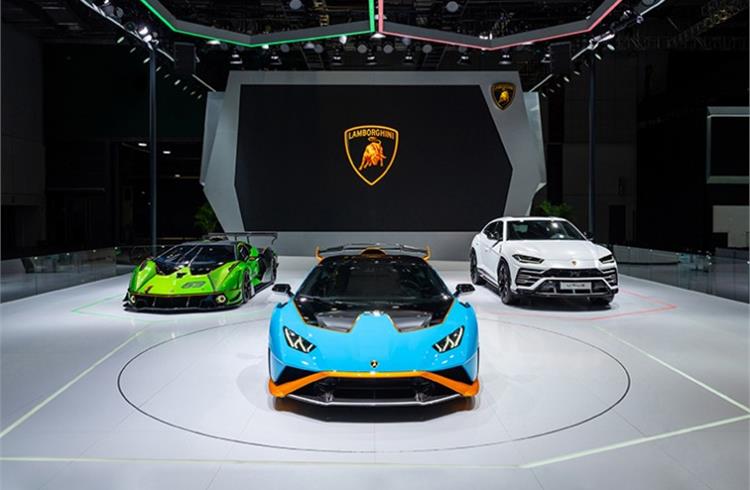 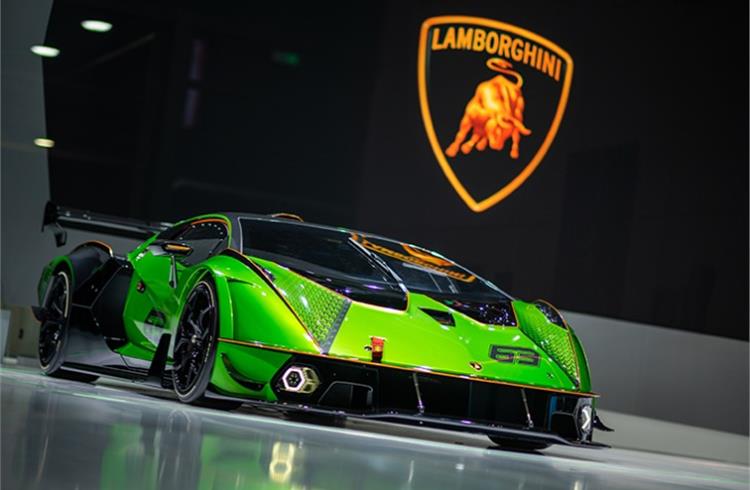 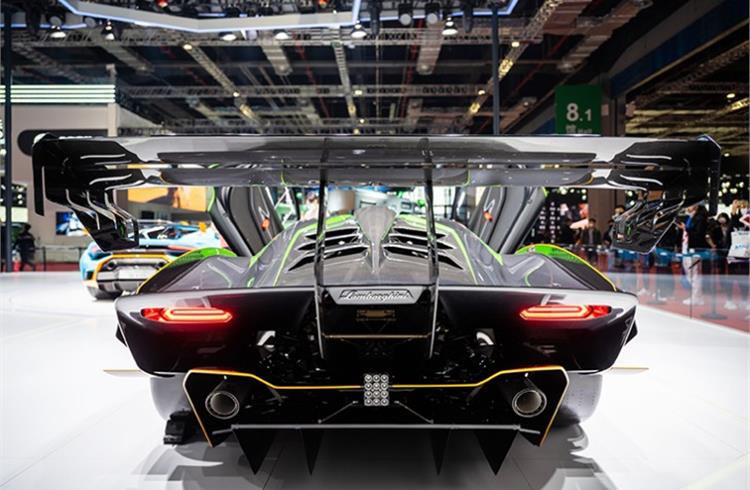 The Huracan STO, a street-homologated super sports car, has had its first appearance in China 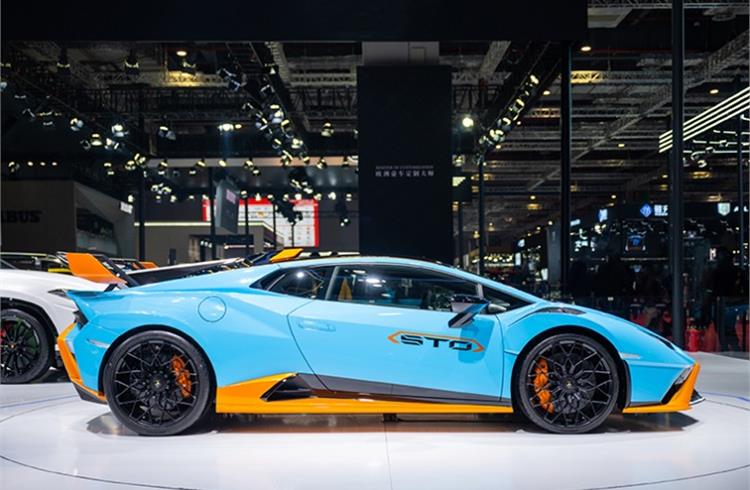 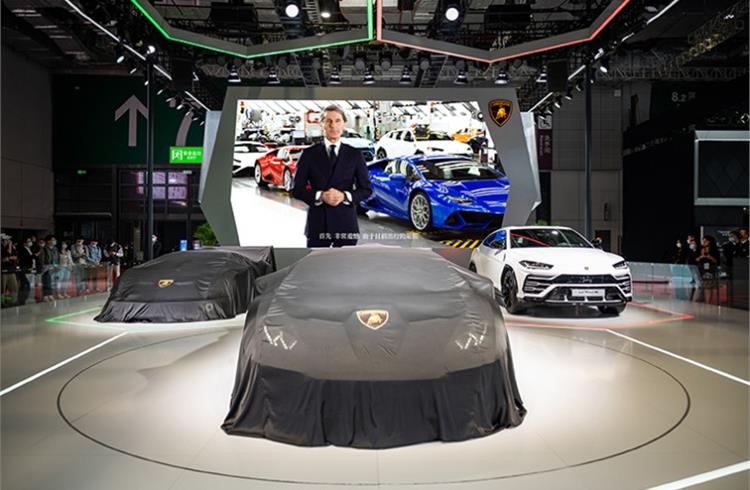 The hyper car Essenza SCV12, limited to only 40 units, made its global public display debut on the Lamborghini stand at the show. The Essenza was joined by the road homologated track car Huracan STO, making its China debut. And the Huracan Fluo Capsule, the latest collection of the vibrant colours for V10 super sports cars, was also showcased in Asia Pacific for the first time on a Huracan EVO.

The line-up was joined on the stand by the Super SUV Urus, rounding out a powerful tour de force by Lamborghini at China’s most important auto show this year. President and CEO of Automobili Lamborghini Stephan Winkelmann and Region Director of Automobili Lamborghini Asia Pacific Francesco Scardaoni presented the brand’s strong business performance and new products, due to the current travel restrictions greeting Chinese audiences via video.

“Automobili Lamborghini closed 2020 with its highest-ever profitability and its second highest-ever in terms of turnover and sales despite an around 2 months factory closure due to Covid-19. This growing momentum has continued into 2021: the year opened with a very positive outlook, with deliveries in the first 3 months reaching the highest level on record. Orders placed thus far already cover nine months of production”, said Stephan Winkelmann, who has returned to the helm of Lamborghini after five years. “We are working very hard and preparing Lamborghini for a new era. The new development plans to be announced soon will outline how Lamborghini is going to become an even stronger brand, both here in China and around the world.” 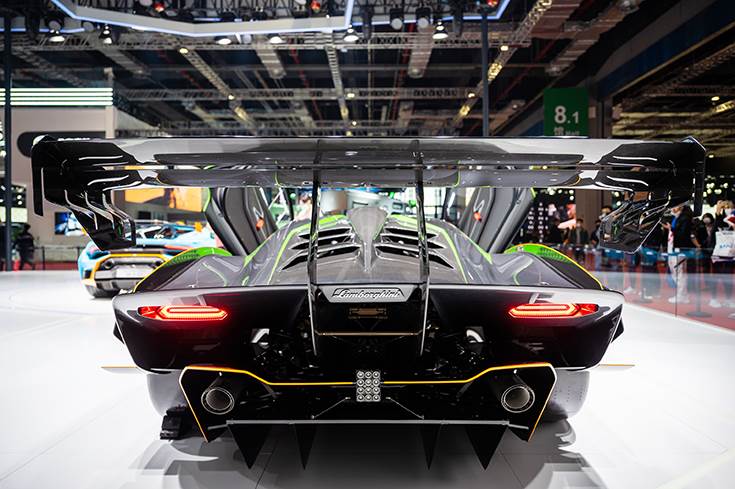 The Essenza SCV12 is a direct descendant of cars such as the Miura Jota and Diablo GTR, with the most powerful V12 naturally aspirated engine ever developed by Lamborghini. Delivering over 830 hp, the Essenza SCV12 receives a significant power boost from the RAM effect at high speeds. This incredible power is handled by its new X-trac sequential six-speed gearbox, designed as a structural element mounted within the chassis, combined with a rear-wheel drive system to ensure higher structural continuity and greater torsional stiffness. The large rear wing, side fins and front splitter are elements inspired by the Huracan Super Trofeo EVO and GT3 EVO, promising greater efficiency and generating higher downforce levels than a GT3 car, with a value of 1,200 kg at 250 km/h. 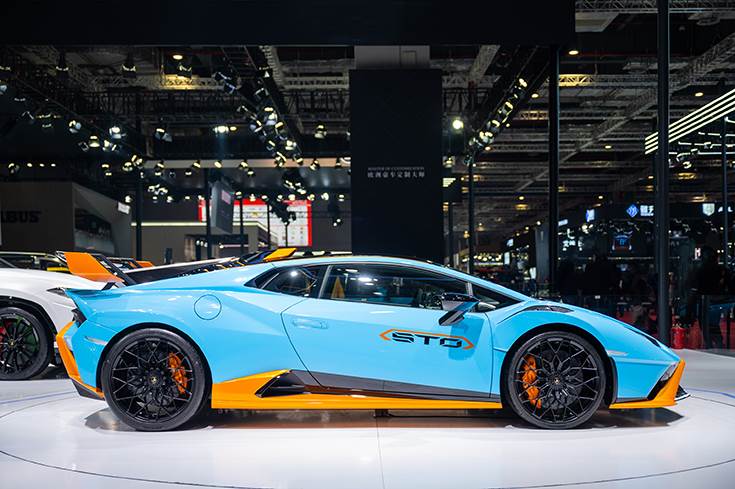 Lamborghini Huracan STO
The Huracan STO, a street-homologated super sports car, has had its first appearance in China. With a powerful V10 naturally aspirated engine delivering 640 hp and 565 Nm of torque at 6,500 rpm, the rear-wheel Huracan STO can accelerate from 0 to 100kph in just 3.0 seconds, from 0 to 200kph in 9.0 seconds, and reach a top speed of 310kph. Its gear change speed has also been further increased for highly responsive and rapid shift times.

Lamborghini Huracan EVO Fluo Capsule
Launched in November 2020, the Huracán EVO Fluo Capsule is a daring yet elegant collection of bright and bold colours for the V10 super sports car, realized in a matte paint exterior with complementary interior colour and trim options. 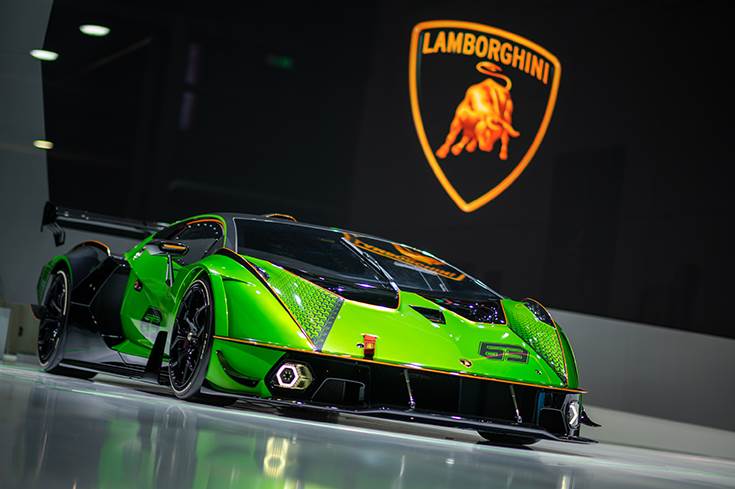 The Huracan EVO was presented in matte Verde Shock (green) colour that enhances its inimitable lines and shape. In addition to the show car’s colour scheme, another four exterior and interior configurations in Arancio Livrea (orange), Celeste Fedra (blue), Arancio Dac (orange) and Giallo Clarus (yellow), combined with matte black details and coloured accent lines, are available in the Capsule, bringing an additional layer of variety and personalization to the already near-infinite possibilities that the Ad Personam program offers.