KTM's 390 adventure model, which was first confirmed for the Indian market early last year, will be officially seen in flesh for the first time today in Milan 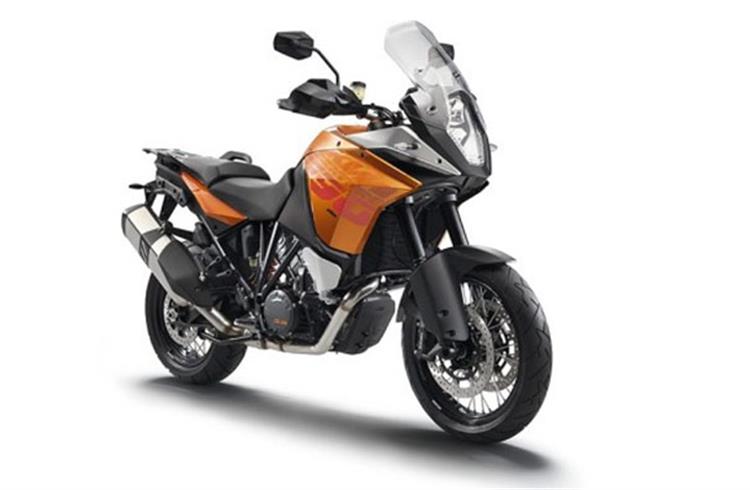 Austrian motorcycle manufacturer, KTM, which is known for manufacturing high-performance motorcycles, is expected to officially unveil the single-cylinder, 373cc adventure model later today at the EICMA Motorcycle Show in Milan.

KTM's 390 adventure model, which was first confirmed for the Indian market early last year, will be officially seen in flesh for the first time today in Milan. It can be recalled that Autocar Professional first broke this news of India-bound KTM 390 Adventure in March 2016.

Later, in June this year, the company officially confirmed that the 390 Adventure will be launched in India next year (2019). The model is expected to be locally manufactured at Bajaj Auto's Chakan plant, where other KTM motorcycles are currently produced, including the 390 Duke.

The 390 Adventure will borrow the single-cylinder, 373cc powerplant from its siblings, the Duke 390 and the RC 390, albeit in a different state-of-tune suitable for adventure riding applications.

It is estimated that KTM has been working on the entry-level, affordable adventure touring motorcycles for over five years now.  The KTM 390 Adventure is expected to provide further consolidation to KTM's global ambitions of tapping demand for affordable, mid-capacity motorcycles in developing and emerging economies.

The company has witnessed a smart turnaround after its association with India's Bajaj Auto, which has not only provided a strong footing to the European motorcycle brand in the growing Indian market but has also offered benefits when it comes to low-cost manufacturing.

Once commercially launched in India and in the other markets, KTM's 390 Adventure model will compete with BMW Motorrad's G 310 GS and Royal Enfield's 410cc Himalayan.

Bajaj Auto has an about 48 percent stake in KTM AG and an arrangement to make sub-400cc motorcycles for the Austrian brand, which is also Europe's largest selling motorcycle company by volumes. The Indian partner is also responsible for setting up retail channels and driving sales of the KTM models in the tough ASEAN markets.

KTM locally produces 125cc, 200cc, 250cc and 373cc motorcycles in India. All models, except the small-capacity and expensive 125cc, are currently retailed in the local markets.  The incoming 390 adventure model will expand its premium two-model line-up in the 373cc class.  Stay tuned for more details.