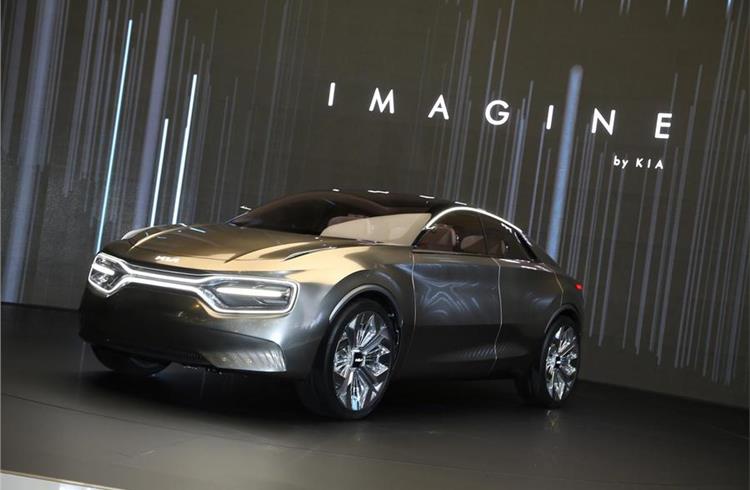 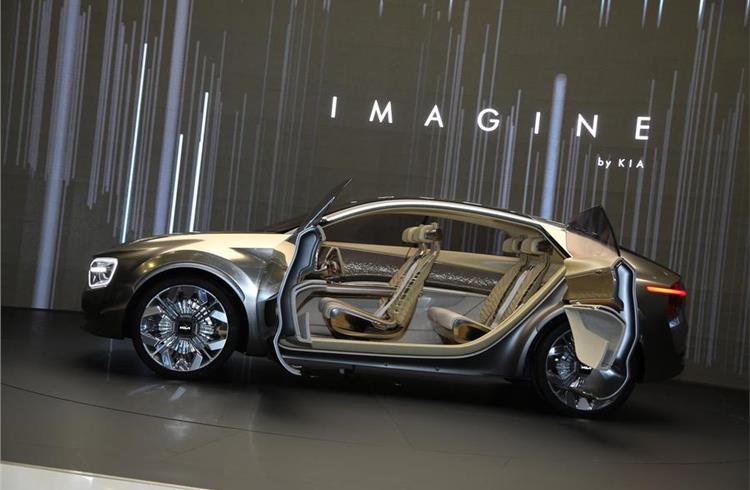 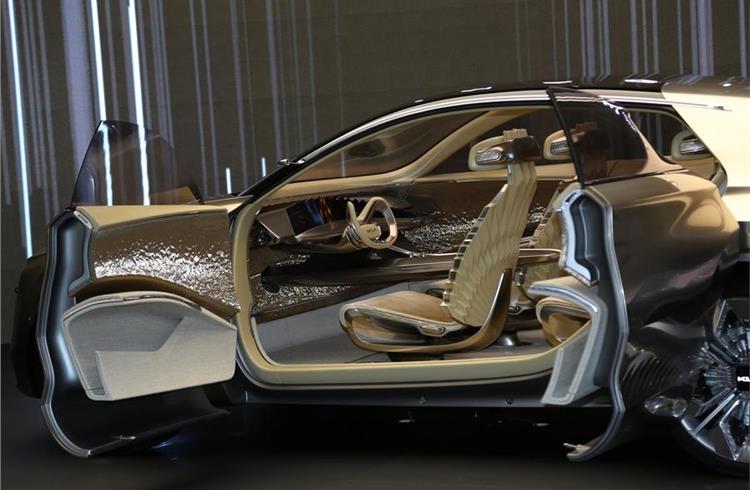 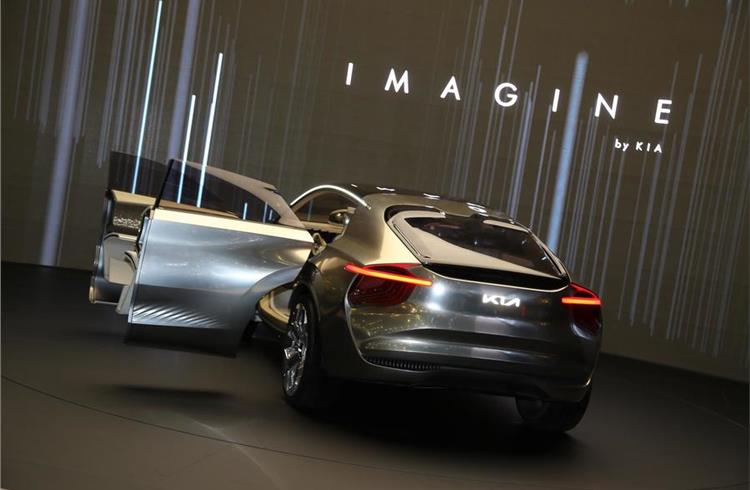 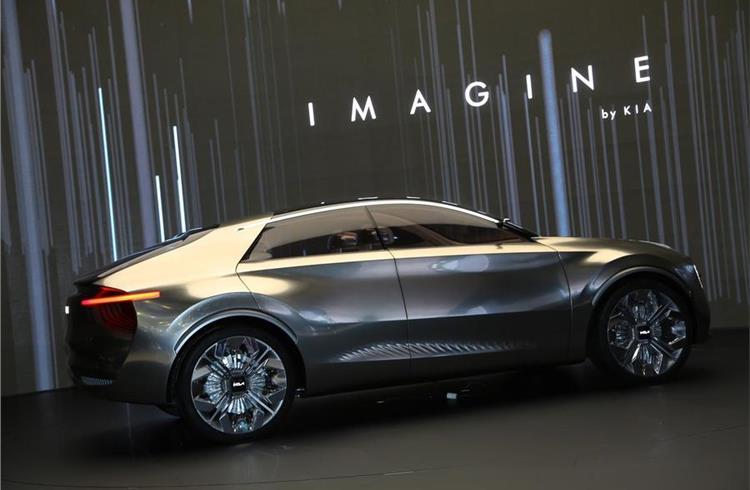 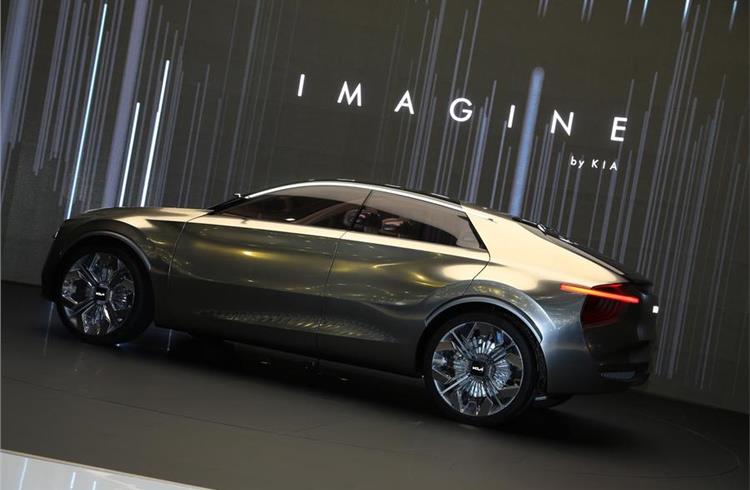 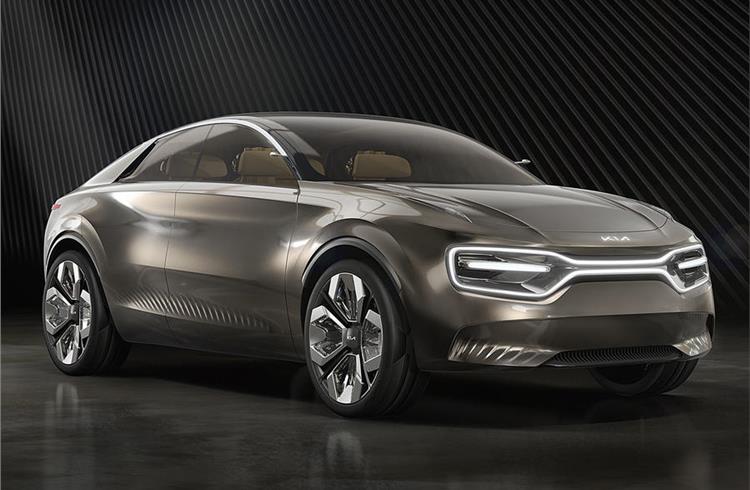 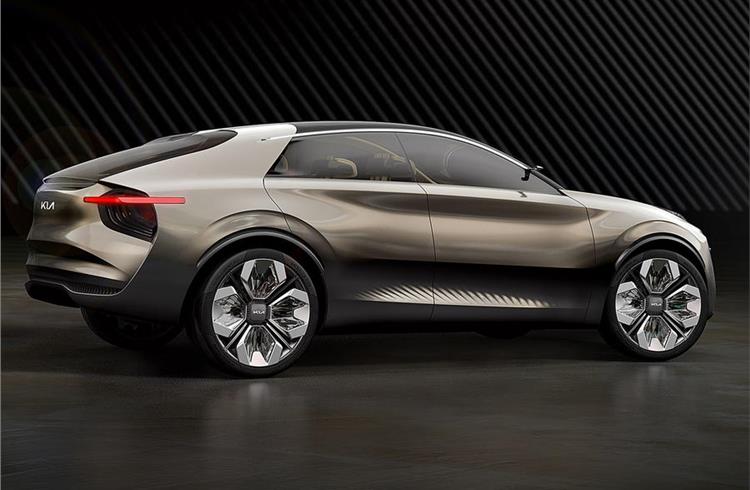 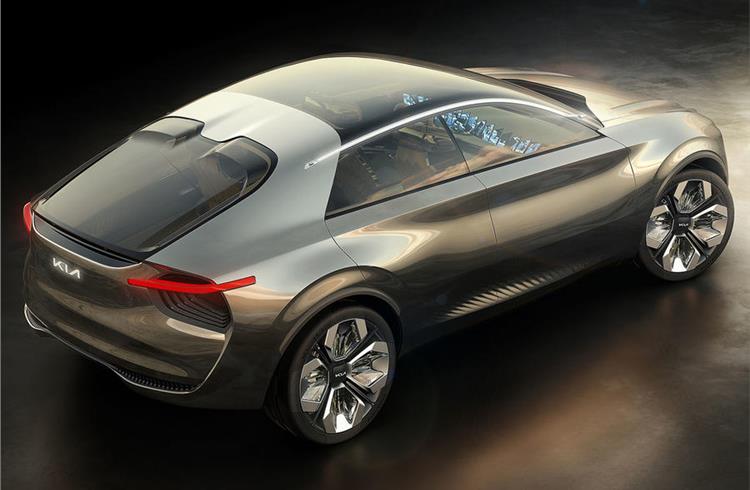 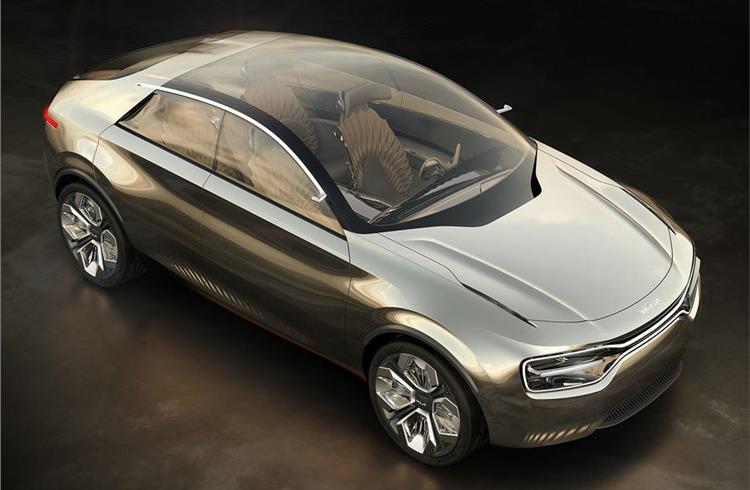 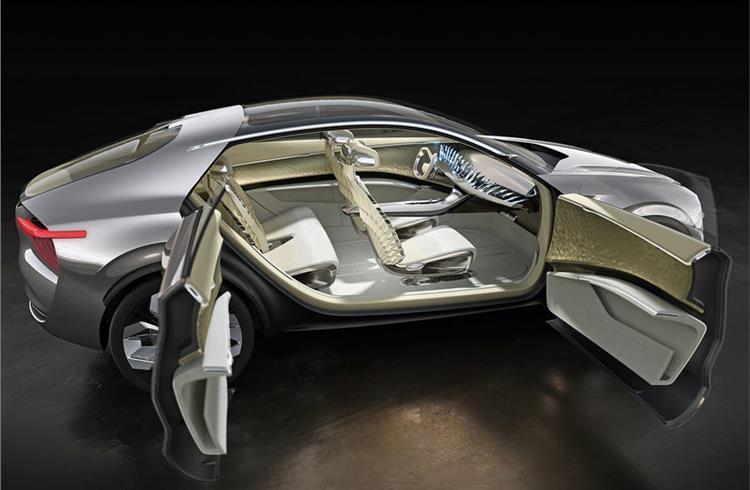 The 'Imagine by Kia' concept, revealed at the Geneva motor show, is expected to arrive in production form in 2021 and will lead the way for performance-focused electric models from the Korean brand.

It is part of Kia’s forthcoming electrification ramp-up: the electric e-Niro and Soul EV models arrive this year alongside a plug-in hybrid Ceed.

The four-door concept, described as drawing together elements of an SUV, sleek saloon and crossover, will rival models such as the recently unveiled Polestar 2.

It will sit on a new, dedicated electric architecture, shared with sibling brand Hyundai, which is set to be the basis for a range of more powerful and larger SUVs and saloons in the future.

It also promises a much longer electric range. The e-Niro offers 282 miles (453 km) on the WLTP cycle but sources tell Autocar UK that Kia is aiming for 500 miles (804 km) of range in the future. 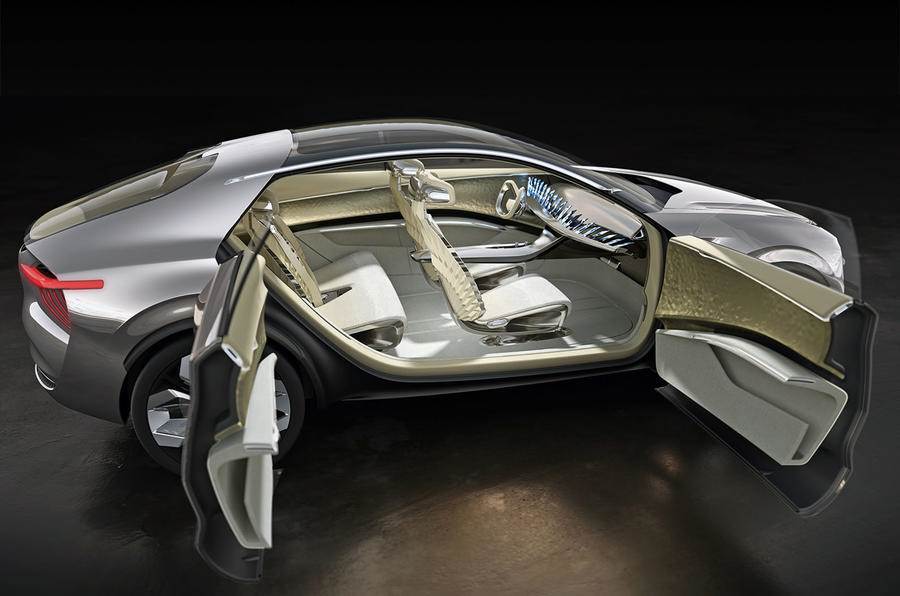 Kia confirmed the concept will be underpinned by a low-mounted, induction-charge battery pack powering a compact drivetrain.

While the concept will have a performance focus, it’s not intended to be a serious sports car, instead going for a warm approach akin to Kia’s GT models.

The concept has what Kia calls a 'tiger mask' grille, a reinterpretation of the brand’s well-known tiger-nose grille. There is a single sheet of glass for the windscreen and roof, which tapers into a double-bubble over the rear seats accessed by rear-hinged doors. Horizontal wrap-around brake lights are reminiscent of the Kia Stinger.

Inside, Kia says it has maximised the cabin space created by the electric platform. There are 21 individual ultra-high-resolution screens that are intended as a “humorous riposte” to the rivalry over which car maker can produce the biggest in-car screen.

Commenting on the car, design boss Gregory Guillaume: “We imagined designing an all-electric car that not only answered consumer concerns around range, performance, recharging networks and driving dynamism, but one that also gave you goosebumps when you looked at it, and made the hairs on the back of your neck stand up when you drove it.”