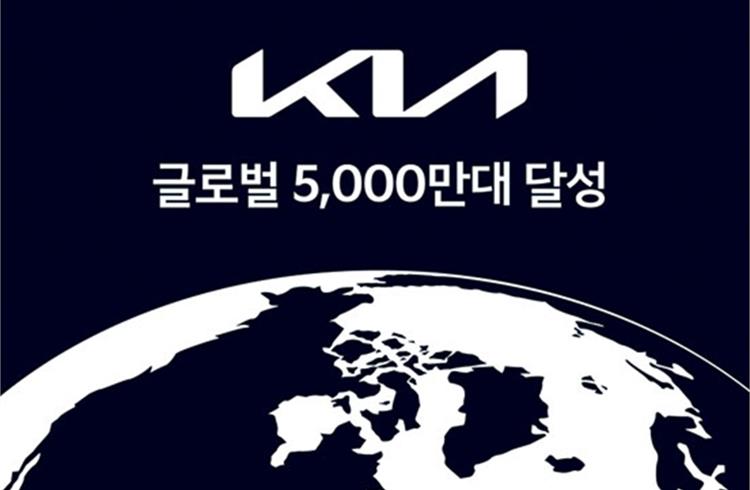 The Korean carmaker’s global cumulative sales record of exceeding 50 million units is the first achievement in 59 years since the launch of Korea's first three-wheeled vehicle, the K-360, in 1962.

In Korea, Kia's representative steady sellers, the Sorento and Carnival, are steadily selling more than 6,000 units every month this year. In addition, Kia's first exclusive electric vehicle EV6 is expected to break the record for sales of 552,400 units in the domestic market last year, showing the popularity of eco-friendly cars as well, with over 30,000 advance reservations.

In the overseas market, RV models such as the Sorento and Carnival led the sales, representing the Sportage, which surpassed 6 million in global cumulative sales for the first time in Kia.