Chinese crisis leads to a decline in global November sales but claims record sales in North America with an 18 percent growth. 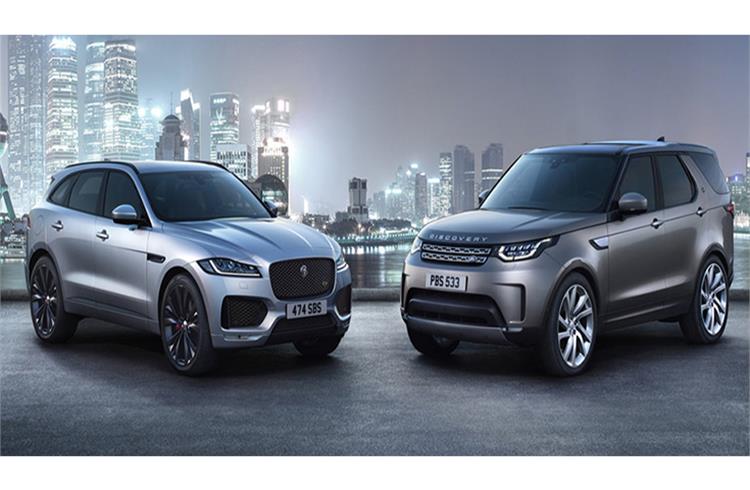 Jaguar Land Rover reported total retail sales of 48,160 vehicles in November 2018, down 8 percent year-on-year reflecting continuing challenging market conditions in China while other major markets were up.  While Jaguar saw a positive growth, Land Rover saw a decline in its YoY growth over dismal sales of the Discovery range.

Retail sales were up significantly in North America (18.1%) due to strong sales of Range Rover models in Jaguar Land Rover’s best-ever November sales results in the market. Sales were also 5.6 percent higher in Europe and up 3.2 percent in the UK.

Sales in China were 50.7 percent lower than a year ago as market conditions remain difficult with continuing consumer uncertainty following tariff changes and trade concerns. Jaguar Land Rover continues to work closely with retailers in China to respond to the present market conditions.

Jaguar retail sales were 14,909 vehicles in November, up 8.9 percent year on year. The company claims that the number is largely driven by the introduction of the E-Pace and I-Pace, partially offset by lower sales of Jaguar sedans and the F-Pace.

Land Rover retailed 33,251 vehicles in November, down 14 percent year-on-year as sales of the refreshed Range Rover and Range Rover Sport were more than offset by lower sales of Discovery Sport, Discovery and Evoque, primarily in China. The latest Land Rover model, the all-new Range Rover Evoque, was announced last month and will go on sale in 2019 with hybrid powertrain options.

Felix Brautigam, Jaguar Land Rover chief commercial officer, said: “This is our best ever November sales performance in North America, propelled by strong SUV sales. This performance was combined with growth in Europe and the UK. In China, we continue to see significant market challenges."

He further explained, “Sales of Land Rover models were down this month but will receive a boost with the launch of the new Range Rover Evoque in early 2019. The petrol and the diesel variants are already fulfilling the strict future WLTP 6d temp emission regulations. A three-cylinder plug in hybrid model will follow. Jaguar sales were up in all key markets except China, with the sporty compact SUV E Pace and newly introduced all-electric I-Pace driving demand.”