The agreement will result in autonomous I-Paces hitting roads for testing later this year and being available for public use from 2020. 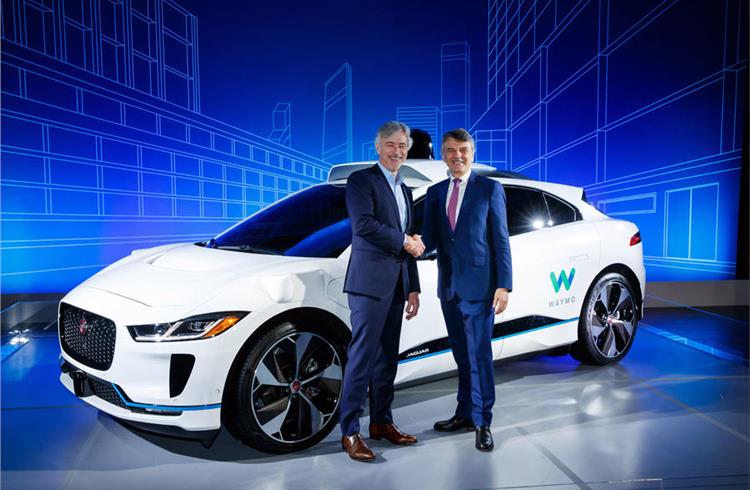 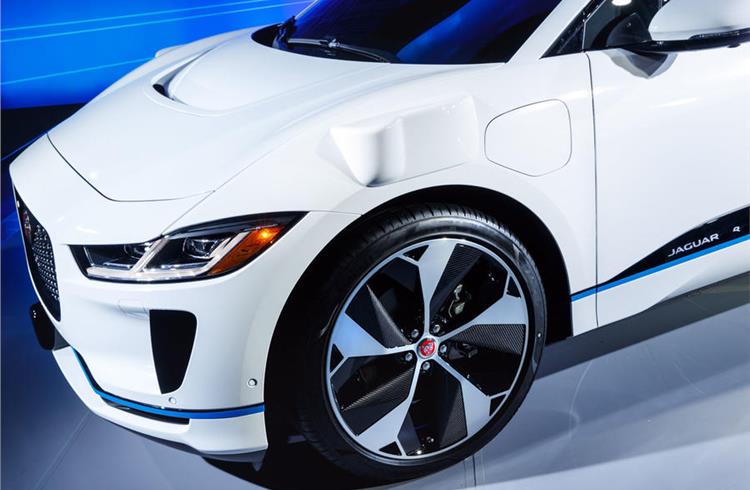 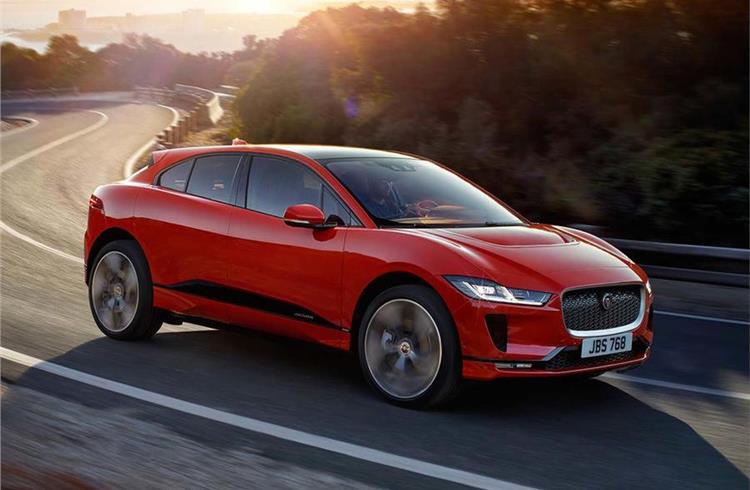 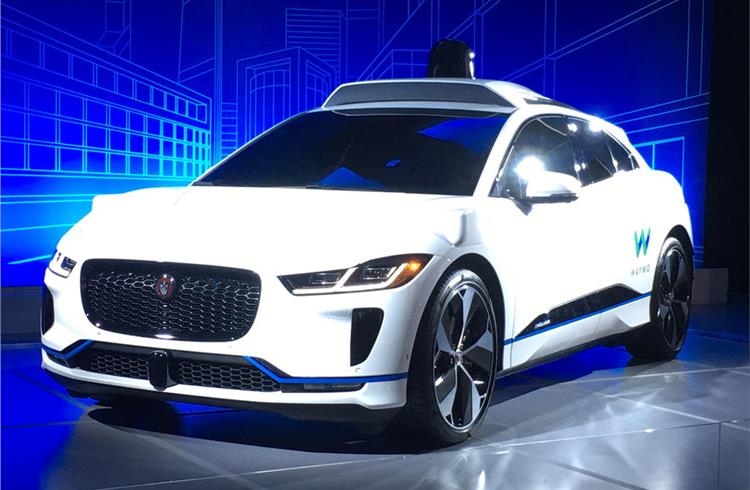 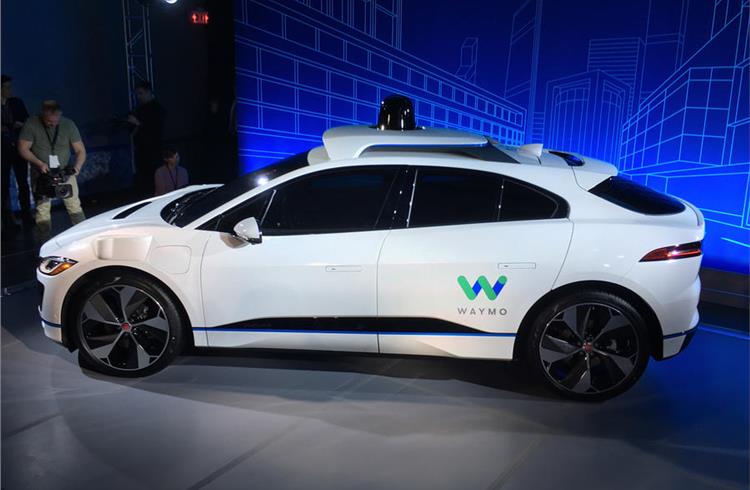 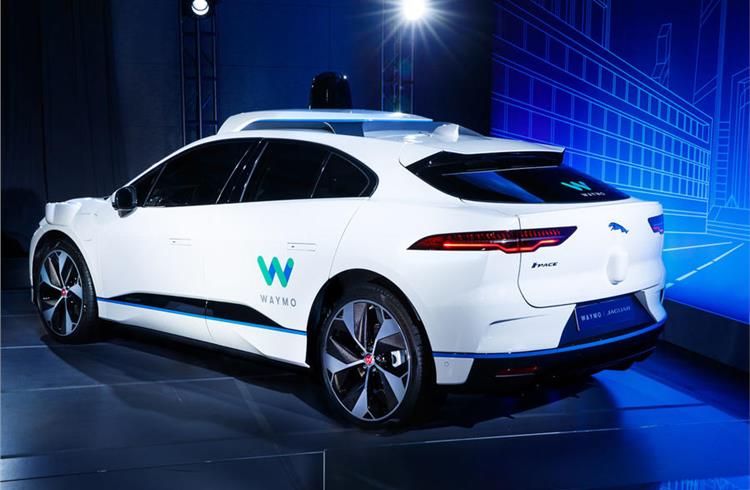 The Jaguar I-Pace will be used by Waymo, Google's self-driving car arm, to develop autonomous technology as part of a long-term partnership between the two firms revealed on the eve of the New York motor show.

The deal - described as a “long-term strategic collaboration” - will result in autonomous I-Paces hitting the roads to undergo testing later this year and being available for public use from 2020. Underlining the significance of the agreement, Waymo has committed to putting “up to 20,000” I-Paces on the roads as part of the deal, which the companies say will give them data from up to one million trips per day to analyse and learn from.

Waymo boss John Krafcik suggested that Jaguar Land Rover (JLR) is one of several planned partners. He said: "Our model is not to be a car company. We are very happy to be in partnership with companies whose expertise is making cars. Our goal is to make the most experienced driver in the world [referring to the self-driving systems]." He added that Waymo is "looking forward to kicking [the JLR] partnership off first, but I hope it can be the first of many partnerships together".

The production version of the I-Pace was launched earlier this month at the Geneva motor show and will hit roads in the summer. Engineered around a bespoke aluminium architecture developed for electric vehicles, the car is powered by two electric motors producing 395bhp and 513lb ft, delivering 0-60mph in 4.5sec. Power comes from a 90kWh lithium-ion battery that is rated at delivering up to 298 miles of range on the latest WLTP cycle. Jaguar says the latest, high-powered chargers can deliver an 80% charge in 40 minutes, with more standard chargers giving 80 miles of range in 30 minutes. Why the Jaguar I-Pace can't rest on its maker's laurels?

Waymo began developing self-driving car technology in 2009 when it ran as a project under the wing of Google. For many years, it was widely rumoured that Google was developing its own cars to use the autonomous technology and electric powertrains, but in 2016 it established Waymo as part of parent group Alphabet Inc and confirmed it would focus on hardware and software technology associated with autonomous driving. Its first automotive partner was Fiat Chrysler Automobiles.

Since being set up, Waymo says it has logged more than five million autonomous test miles on public roads in the US and more than five billion miles of driving in a computer simulation. It has also developed its own test track in California, where engineers are able to create specific road conditions in controlled circumstances.

Krafcik (pictured below left) said: “While we've been focused at Waymo on building the world's most experienced driver, the team at JLR has developed an all-new battery-electric platform that looks to set a new standard in safety, design and capability. We're sure Waymo riders will enjoy the safe, premium and delightful experience that the self-driving I-Pace will provide.”

JLR has been heavily involved in developing its own self-driving technology for many years and this year will spend more than £4 billion on R&D across its business. While it is expected to continue running its own autonomous projects (and those in the UK will remain unchanged), CEO Ralf Speth (pictured below right) hinted at the advantages of partnering Waymo both in terms of cutting development budgets and timelines. “Our passion for further advancing smart mobility needs expert long-term partners,” he said. “In joining forces with Waymo, we are pioneering to push the boundaries of technology.” 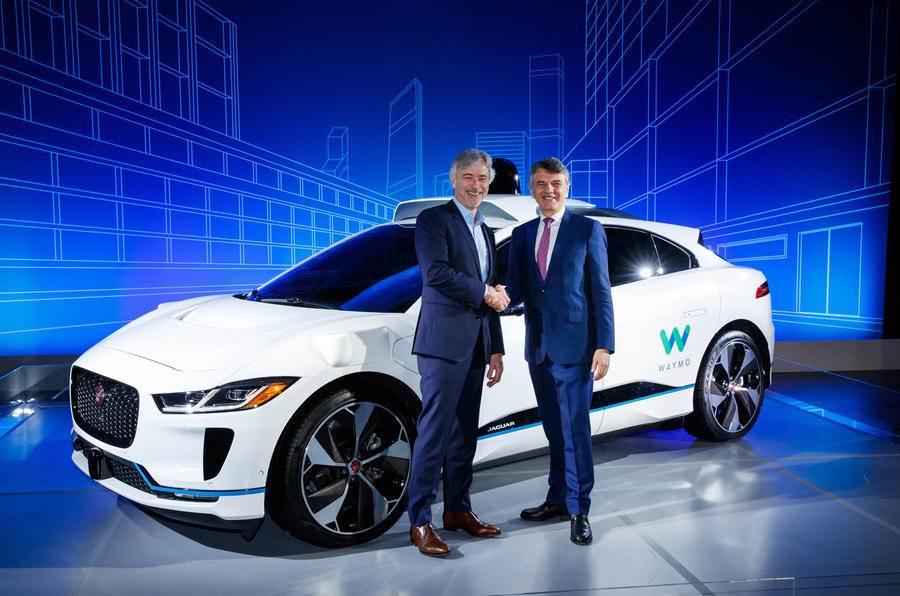 Waymo’s testing to date has encountered controversy - notably when it had declared incidents and crashes involving its vehicles, as it is required to do by law - but the company says its technology has progressed to the point where it is the only firm in the world testing self-driving cars in public without ‘fail-safe’ drivers at the wheel in case of issues with its systems. As such, later this year it is planning to launch a self-driving transport service in Phoenix, Arizona, allowing members of the public to use Waymo’s app to request a vehicle.

"We’ve been working on this technology for almost ten years, focusing on getting the tech right, running simulations of scenarios and testing them in the real world," said Krafcik. "So we do have a level of confidence in the technology and the point is it is only going to get better. Self-driving cars get better at the same time; when one learns a lesson, they all do - it is an advantage they have over human drivers."

Jaguar and Waymo also highlighted that their deal was struck around the “shared goals” of “making cars safer, freeing up people’s valuable time and improving mobility for everyone”.

However, autonomous driving has come under the spotlight as testing on public roads ramps up. The first pedestrian fatality was reported last week when a self-driving Volvo XC90, which was part of rival Uber’s test programme, hit and killed a pedestrian. While the accident is the subject of an investigation, early reports have pointed to a “catastrophic failure” of the self-driving systems. The behaviour of the car’s occupant, who was sitting behind the wheel as a fail-safe in the event of problems, is also being investigated.

Before the announcement of the Jaguar deal, Krafcik had already addressed the Uber incident, saying: “What happened was a tragedy. It was terrible. We're very confident that our car could have handled that situation. We know that for a lot of different reasons. It's what we have designed this system to do in situations just like that. People join Waymo because they want to solve problems like this. To see it happen in a vehicle that ostensibly has technology that should be seeking to solve this problem but didn't work – it's tough.” 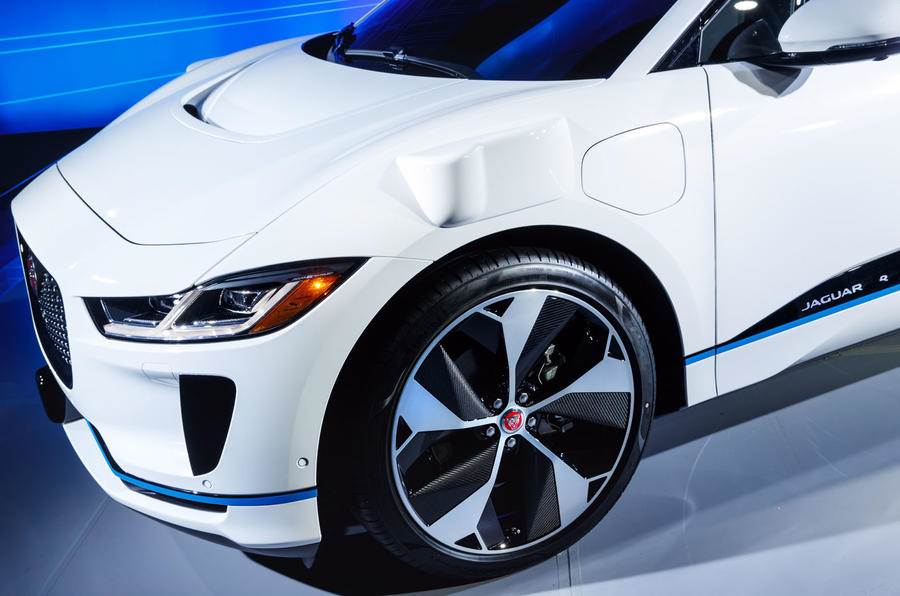 Although the deal with Waymo is seen as an important step in JLR's push to become a leader in autonomous tech, Speth stressed that JLR won’t be about only driverless systems. He said: "We want to offer a spectrum of choice; in traffic, we can all imagine the benefits of autonomy. But it is also clear there will be times when you want a steering wheel to have fun. We will offer the whole spectrum."

The signing of the Waymo deal is another fillip for Jaguar, which has stolen a march on premium rivals including Audi and Mercedes-Benz by being the first established manufacturer to bring an all-electric car to market in the booming SUV sector. Only Tesla, with the Model X, offers a high-profile alternative, while BMW leads at the upper end of the market with the i3.

Furthermore, JLR bosses are said to have long ago committed funds to ensure that it can fight to maintain its electric car leadership. Next to launch is expected to be the so-called Road Rover, a high-riding saloon-like vehicle that will be Land Rover’s first electric vehicle and which is expected to be shown later this year, possibly as part of the brand’s 70th birthday celebrations.

Although it is not expected to carry the Road Rover name in production, the car has earned the nickname due to the concept of the same name created in the 1960s and because of its road-going bias, which will lead to it being pitched as an Audi A8, BMW 7 Series and Mercedes S-Class rival. In turn, the next-generation Jaguar XJ is widely tipped to share much of the technology and platform with that car and, as such, is reported to be under development with an electric powertrain.

Last year, JLR made headlines when it pledged that, from 2020, all of its vehicles will be electrified – although many of these will be sold as petrol and diesel-engined cars using mild hybrid systems.