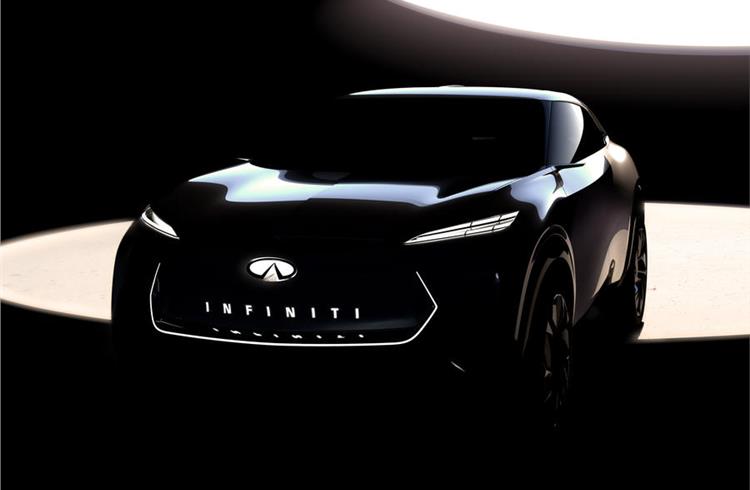 Infiniti will unveil a concept that previews its first electric car at January's Detroit motor show, and it has today released a darkened preview image of the model.

The car is an SUV that's believed to be similar in size to the BMW X1. It's said to preview the brand's "new-form design language for electrification, infused with Japanese DNA".

Details of the car's powertrain have yet to be revealed, but Infiniti claims its platform is newly developed. A statement accompanying the image claimed that "with new exterior proportions, electrification also gifts interior space, enabling spacious and lounge-like interiors, rich in welcoming and assistive technologies".

Previous Infiniti electric concepts, such as the 2018 Q Inspiration and Prototype 10, haven't been particularly production-focused, so the new model will be the most realistic interpretation of a series Infiniti EV yet.

Design boss Karim Habib describes the concept as "the beginning of a new era for Infiniti, and an illustration of where we want to go with the brand".

"Electrification and other new technologies have given us the opportunity to evolve our design philosophy," he said.