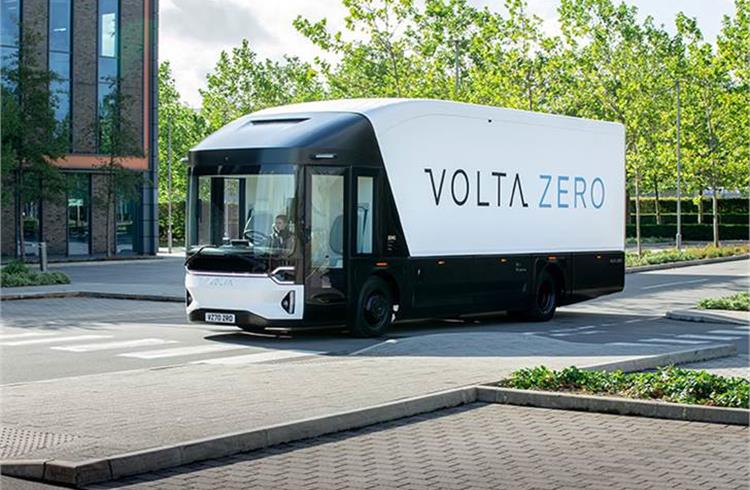 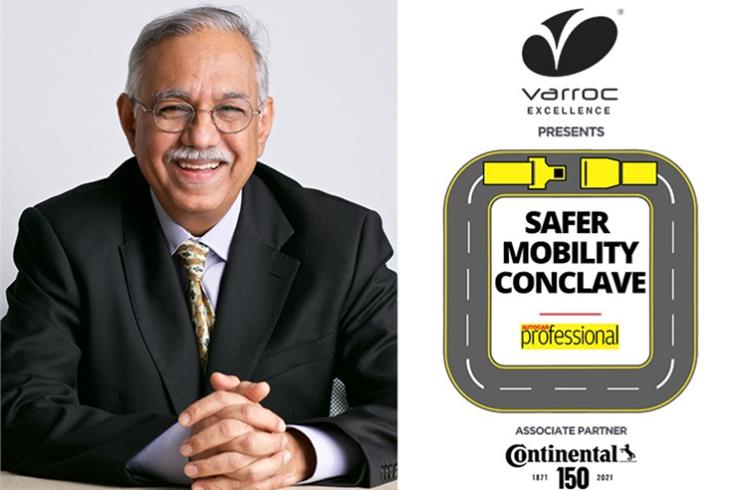 Dr Seshu Bhagavathula: “India is certainly on the radar but in the second phase of expansion for Volta Trucks.” 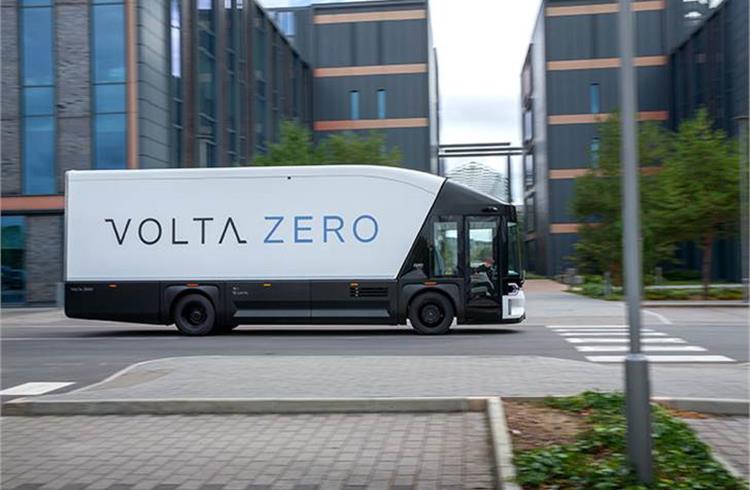 Volta Zero, which uses 160 - 200 kWh of battery power, is equipped with Lithium Iron Phosphate batteries instead of a Nickel Cobalt Manganese setup used in most passenger cars. 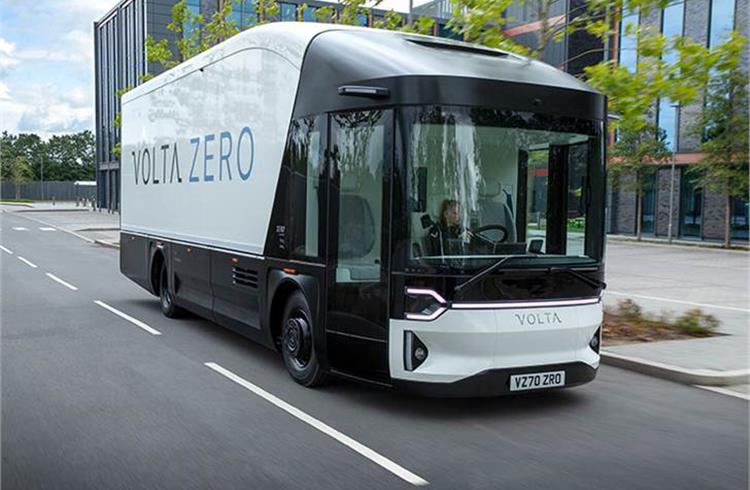 Volta Zero has a pure-electric range of 150-200km. This is more than sufficient for the daily use of a ‘last-mile’ delivery vehicle and has been validated using simulations with a full payload. 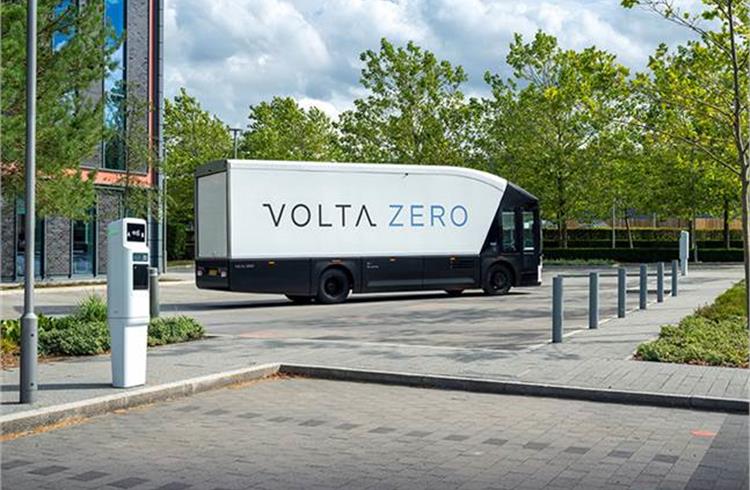 Voltra Trucks is undertaking operator trials with some of Europe’s largest parcel delivery and logistics companies. 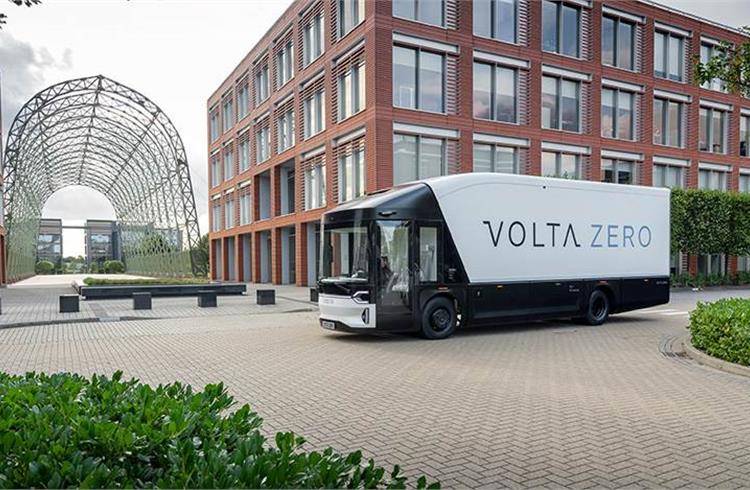 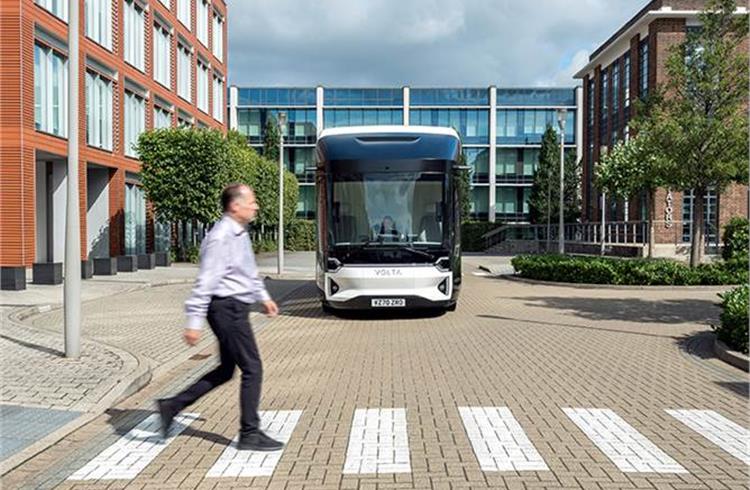 The protection of vulnerable road users is also enhanced by the use of rear-view cameras that replace traditional mirrors, a 360-degree birds-eye camera showing the driver their complete surroundings, and blind-sport warning systems that detect objects down the sides of the vehicle. 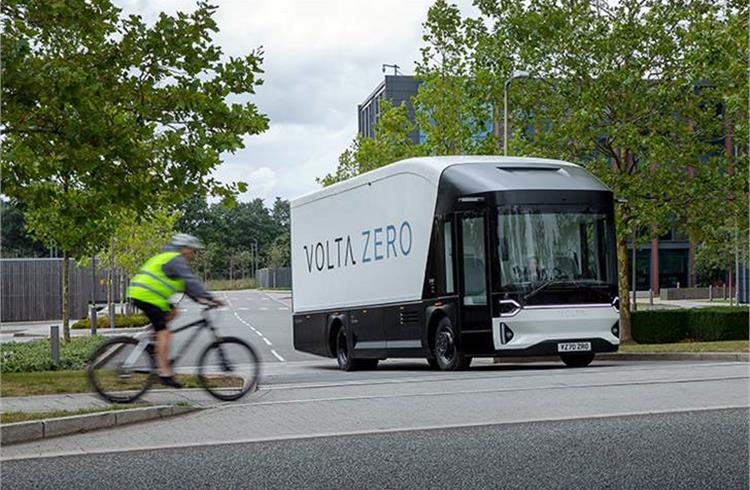 While on the move, Lane Change Assist and Lane Departure Warning systems ensure that the truck operates as safely as possible. 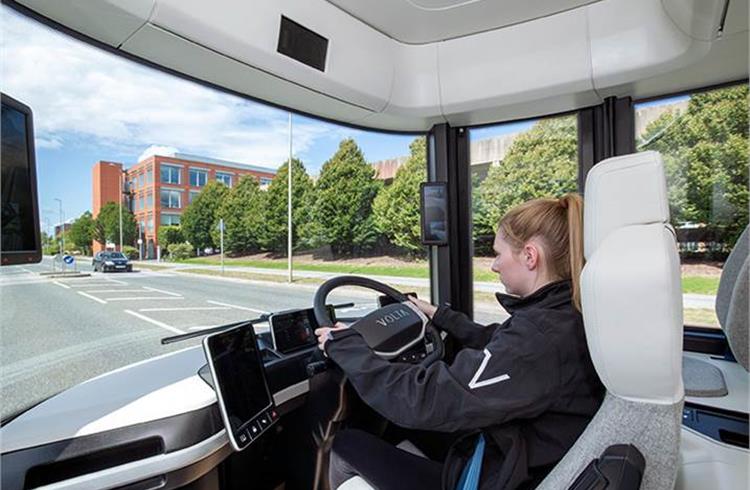 The design of the cabin is contemporary, spacious, and light, with intuitive user interfaces. 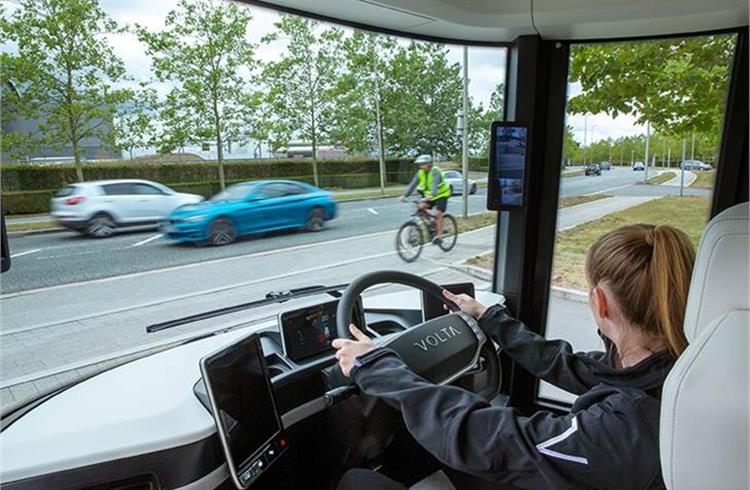 Safety and comfort for the driver have been optimised by minimising cognitive overload. To aid ingress and egress, the removal of the internal combustion engine means the driver sits in a central driv 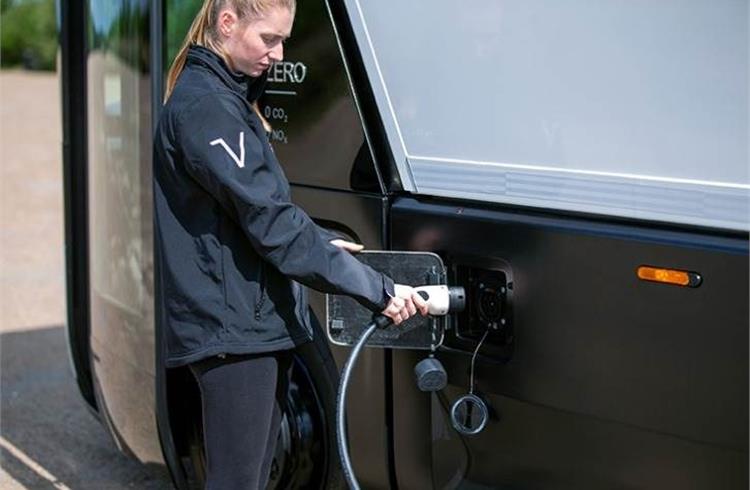 Located between the chassis rails, the battery is as far away from an accident as possible. Should the vehicle be involved in a significant accident that punctures a battery cell, the Lithium Iron Pho 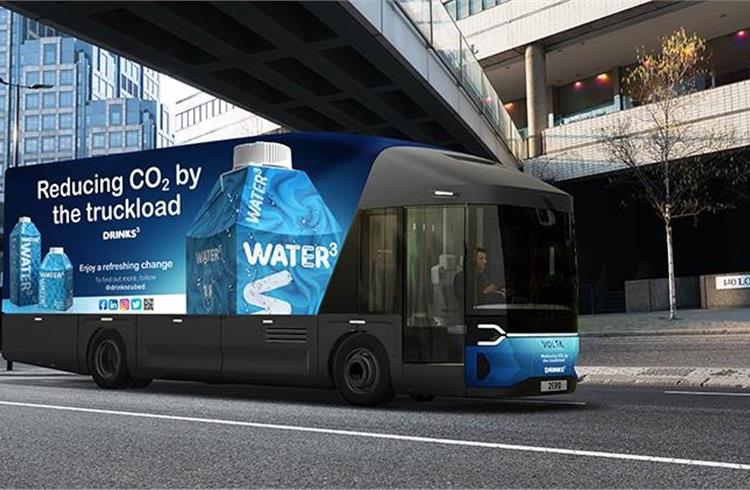 Drinks Cubed, the London-based sustainable drinks brand, has signed a multi-million-pound deal for the supply of a fleet of Volta Zero vehicles into their distribution operations between 2022 & 2023.

“India, which is among the countries moving towards towards mass scale electric mobility, is set to be among them, though not immediately. “India is certainly on the radar but in the second phase of expansion,” said Dr. Seshu Bhagavathula, director, Volta Trucks, when asked whether Volta Trucks sees any prospects in India. Dr. Bhagavathula was speaking at the Safer Mobility Conclave, hosted by Autocar Professional.

The pilot fleet of the company’s first truck – a 16-tonner called ‘Volta Zero’, will be built by the end of 2021, and series production is planned to start a year later. Touching upon the company’s broad direction, Dr Bagavathula said, “The Volta Zero is an urban delivery truck and would primarily move in the downtown and residential areas.” With focus on innovative design and usage of new materials, Volta Trucks wants to be a leader in safety, in the commercial vehicle space. On its website, the company claims, ‘We are creating the world’s safest commercial vehicles, with the removal of the internal combustion engine allowing a complete rethink of the established vehicle concept.’

“It is meant to decongest urban traffic and with its zero-emission nature,” said Dr Bagavathula. Volta Trucks has set a target to sell 27,000 units annually by 2025.

While the company has started undertaking operator trials with some of Europe’s largest parcel-delivery and logistics companies through the first half of 2021, investigations are believed to be underway to secure a contract manufacturing partner to assist with production of the Volta Zero. Volta Trucks aims to have built around 500 customer-specification vehicles by end-2022, with production anticipated to be in the UK. The target is to supply 5,000 customer-specification vehicles by 2025.

Optimised load-carrying capacity
The Volta Zero has been designed to optimise its load-carrying capacity, thus minimising the number of vehicles on an operator’s fleet, and the consequent congestion on city streets. The principle is that by the virtue of its overall design, the Volta Zero can operate in narrow city streets and undertake the role that three or four 3.5-tonne vehicles would ordinarily do.

The Volta Zero is claimed to offer a pure-electric range of 150-200km (95–125 miles), which is being touted to be more than sufficient for the daily use of a ‘last-mile’ delivery vehicle and has been validated using simulations with a full payload. The truck also comes equipped with ADAS features such as active steering assist, road-sign assist and a reversing assistant, that together help the driver while driving, manoeuvring as well as parking.

The company aims to disrupt the commercial vehicle segment and intends to change the general perception towards these vehicles by integrating its futuristic offerings into the zero-emission towns and cities of the future.